Populist anti-immigration parties have gained strength in many European countries following a massive influx of migration into the EU. The bloc's border agency says illegal arrivals in 2018 fell to around 150,000 people. 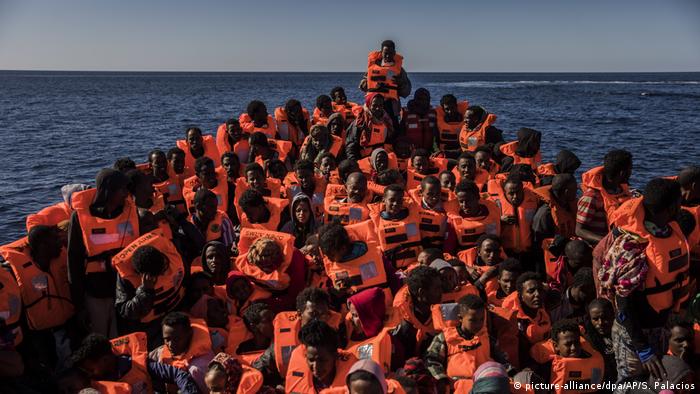 Some 150,000 people entered the European Union illegally in 2018, the bloc's border agency said on Friday, the lowest figure in five years.

Migration has dominated the political agenda across the European Union in recent years and could be a crucial issue in the buildup to European Parliament elections in May.

Why are arrivals down? Deals between the EU and transit countries such as Turkey and Libya to keep migrants from crossing into the bloc partially account for the fall in arrivals, Shoshana Fine from the European Council on Foreign Relations (ECFR) told DW. Increased investment in the bloc's border security and the growth in anti-migration sentiment and policies in many EU countries, particularly Italy, also explains the fall, she said.

Preliminary data: The figures represent detected border crossings. The same person could be registered multiple times if they crossed the border into the EU several times at different locations.

Election year: Populist parties have exploited migration to bolster their influence in Germany, Italy and Austria in recent years and are expected to continue doing so in the run-up to the European Parliament elections in May.