Frontex chief Fabrice Leggeri has warned that Spain could see a significant increase in migrant arrivals. The news comes ahead of the European Commission's new proposal to strengthen EU external borders with more guards. 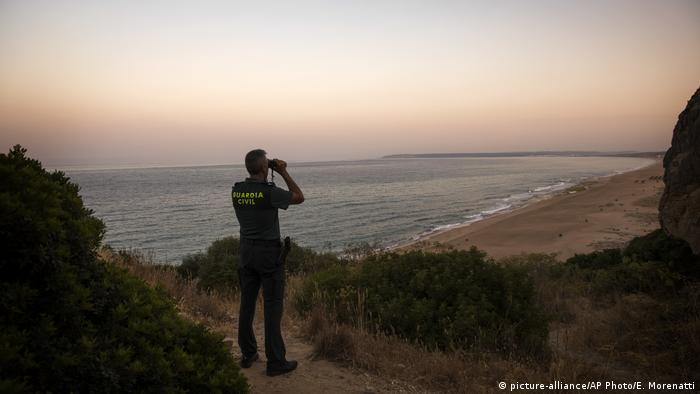 Frontex chief Fabrice Leggeri said Friday that some 6,000 migrants had entered the European Union in June by crossing into Spain from Morocco, the so-called western Mediterranean route.

Speaking to German weekly Die Welt am Sonntag, Leggeri warned that the route could overtake others as the most important path into Europe, including the central Mediterranean route to Italy or the eastern Mediterranean route from Turkey into the Balkans.

"If you ask me what my greatest worry is, then I have to say Spain," he said.

Although the number of migrants arriving in Europe has dropped off since the height of the crisis in 2015, thousands still enter the bloc every month and the issue continues to fuel political tensions between member states.

"We had initially intended to deploy 10,000 border guards by 2027. We are now bringing this forward," he told a press conference in Vienna, where he was on a visit to mark the start of Austria's tenure of the rotating EU presidency.

Strengthening the EU's external border was a headline agenda item in Brussels last month, with EU leaders pledging to increase funding for the Frontex and boost its workforce from 600 to 1,000 by 2020.

They also agreed to share out refugees among member states, create secure centers for migrants in the bloc, as well as set up "disembarkation platforms" outside the bloc.

The deal has been criticized for its vagueness, leaving unclear how the burden would be fairly distributed. Soon after the summit, Hungary, the Czech Republic, Slovakia and Poland repeated their refusal to take in any migrants.

German Chancellor Angela Merkel indicated last week in a letter to her coalition partners that she planned to send German police to Bulgaria to help strengthen the EU's external border there. She also said Frontex should be boosted in Greece along the borders with Macedonia and Albania.