The number of people claiming asylum in Germany fell to 222,560 last year, according to European Union figures. The data could provide some relief for Chancellor Angela Merkel as she fights to save her coalition. 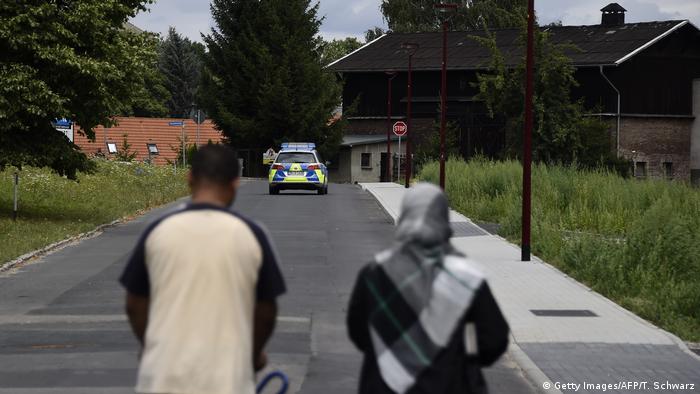 Merkel's Christian Democratic Union (CDU) and its Bavarian sister party, the Christian Social Union (CSU), led by Interior Minister Horst Seehofer, are at odds over
whether migrants — who register first another EU country — should be turned away at the German border.

EASO's data also showed asylum claims across the European Union, along with several European countries outside the bloc fell 44 percent.

Across the EU, 728,470 people sought international protection, down from almost 1.3 million applications in 2016. Most asylum applicants came from Syria, Iraq and Afghanistan.

After Germany, which received the highest number of requests, Italy saw a 5 percent increase (128,850) compared to 2016.

EASO said a bloc-wide downward trend, which continued in 2017, appears to have been maintained this year.

Provisional data for January-April showed that "application levels have stabilized at an average of less than 50,000 per month," the EU agency said.

Another EU agency, Frontex, reported separately that Greece was the EU country that had recorded the most Mediterranean sea migrant arrivals in the first five months of the year.

More than 19,800 people arrived on Greek shores from January to May, a 90 percent increase over the same period in 2017, the EU's border agency said in a statement.

Migration to Europe is, once again, set to dominate an EU leaders summit next week. The European Commission said on Monday it was confident that EU leaders will agree a deal on handling migrants and refugees.

That's despite an unending dispute that has seen ex-communist states on the EU's eastern flank refuse to host newcomers as part of a migrant sharing program, hailed by the likes of Germany, France and Sweden.

German Chancellor Angela Merkel and Interior Minister Horst Seehofer are at odds over Seehofer's strict refugee policy. How do refugees in Germany view the issue? (18.06.2018)

Merkel: 'We will no longer accept those refugees who have already been sent back'