How do refugees in Germany view Seehofer′s tougher migration plan? | Germany | News and in-depth reporting from Berlin and beyond | DW | 18.06.2018

German Chancellor Angela Merkel and Interior Minister Horst Seehofer are at odds over Seehofer's strict refugee policy. How do refugees in Germany view the issue? 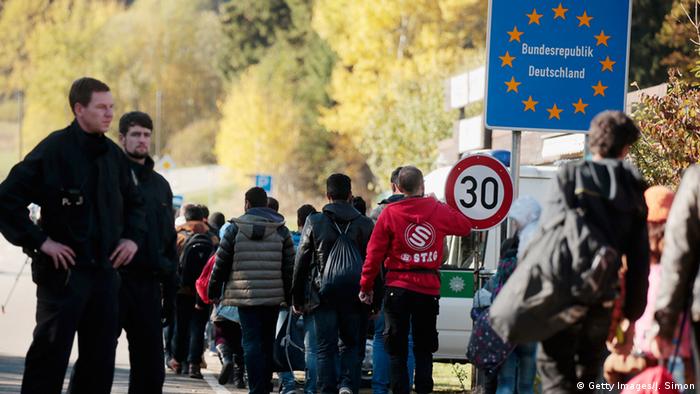 Over the past week, German Chancellor Angela Merkel and Interior Minister Horst Seehofer have been at loggerheads over refugee policy. Horst Seehofer is the head of the Christian Social Union (CSU) party, the Bavarian sister party of Merkel's Christian Democratic Union (CDU) and a member of the ruling coalition.

Seehofer has devised a "master plan" that aims to crack down on migration to the country and also calls for stricter border controls – a key point of contention between Merkel and Seehofer. Seehofer's plan would allow German border authorities to turn away refugees who had already entered another EU country and been registered there.

Merkel fears that this could threaten the principle of free movement within the European Union and that it violates certain provisions of EU and international laws and conventions on refugees. She hopes, however, to reach a compromise with Seehofer and the CSU on the issue. 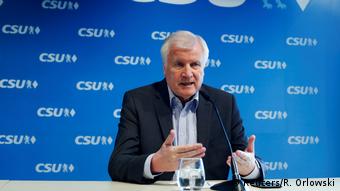 Seehofer has given Merkel an ultimatum to curb arrivals to Germany

'Not all refugees are good'

For Sherwan, a 24-year-old Iraqi refugee in the western city of Cologne, the idea of closing down the borders to refugees who have been to other EU countries hits a personal note. "My brother was in another EU country, Hungary, before coming to Germany, and I want him to stay here with us," he told DW.

Although Sherwan is not fond of this policy and doesn't follow Germany's migration debate closely, he can, however, understand why the German government is looking to crack down on migration, and why Seehofer came up with his "migration master plan."

"Maybe it's a little bit of a positive if the German government becomes tougher on refugees because not all the refugees entering Germany are good," he continued. "If any crime happens in Germany, people will point at the refugees first, and that is why it is good to have a thorough background check before granting asylum."

'Significant discrimination in some countries'

Anwar Abdel Qader is a Syrian refugee and activist at the International Youth Services Society in Bonn. He told DW that many of the refugees "face significant discrimination in the European countries where they are first registered, especially in places like Italy and Greece." Abdel Qader pointed out how Italy's right-wing government, for example, prevented the NGO ship Aquarius, carrying 600 migrants, from docking in Italy.

Abdel Qader also said that he was extremely interested in the spat between the CDU and the CSU on the migration issue and has been following the debate closely, as Seehofer's decision concerns human rights.

Karim al-Wasati, a member of the Refugee Council in the eastern German state of Lower Saxony, finds that Seehofer's plan, especially with regard to tougher border checks, will be difficult to apply. He told DW that the border authorities cannot just examine asylum-seekers as they come to the border and then turn them away. All the data on asylum-seekers coming to the German border cannot be gathered in a few minutes, he contends, but is rather a weeks- or months-long process.

He also said that the tougher border controls would have a negative effect on the Schengen Area, which promotes the free movement of people in the European Union. 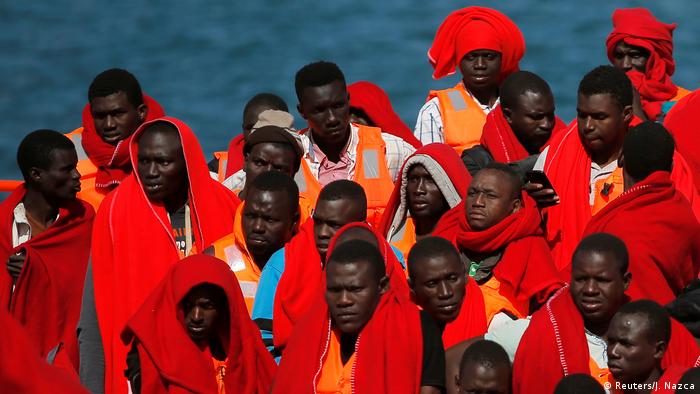 A ploy to win populist support?

Al-Wasati said that with the CSU's tougher stance on migration, he now wondered if there were any real differences between the CSU and the right-wing populist Alternative for Germany (AfD) party, which is generally considered to be further right on the political spectrum. He sees Seehofer's tougher migration plan as an attempt to satisfy voters who might be turning away from the CSU and towards the AfD.

Read more: Did Angela Merkel bring this political blow on herself?

Abdel Qader agrees with al-Wasati that Seehofer is increasingly looking as if he would fit into the populist AfD. He feels that the media in Germany focuses very heavily on the refugee issue, and that politicians such as Seehofer and those from the AfD capitalize on events like terrorist attacks to push a tighter agenda on migration.

He says that this happens despite the fact that the number of asylum applications made in Germany is decreasing.