A special meeting on the EU migration crisis could take place as early as next weekend, a newspaper says. However, a spokesman for Merkel says no such meeting has yet been concretely planned. 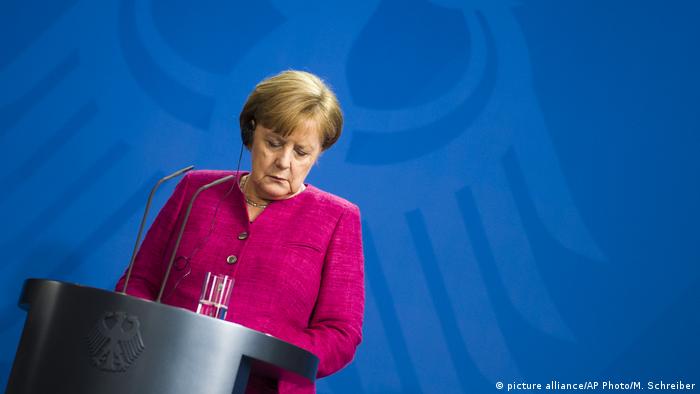 German Chancellor Angela Merkel is planning a special short-notice meeting with several other EU nations to deal with the migration crisis affecting the region, mass-circulation daily Bild reported on Sunday.

The possible meeting comes as Merkel struggles to avert a crisis within her coalition government on migration policy. She is engaged in a standoff with her interior minister, Horst Seehofer, over his plans to introduce stricter asylum laws, which would include turning people away at Germany's borders.

The meeting could take place as early as next weekend, the newspaper reported, ahead of the regular EU summit scheduled for June 28 and 29 in Brussels.

The migrant situation has threatened to worsen in recent weeks, especially after Italy's new government refused to let a ship carrying hundreds of migrants dock at its ports. Italy has been a major entry point for migrants, especially from Africa.

"So far nothing has been decided — we are in the planning phase," an Italian government source told Bild. "It is also unclear when the special summit could take place."

Read more: Seehofer: The man who could bring down Angela Merkel?

It's not yet clear whether Spain — which has seen a sharp rise in migrant arrivals in the past two years — and the Balkan countries would attend the special summit, Bild said.

In a tweet on Sunday, government spokesman Steffen Seibert commented on the report, saying no special summit had so far been organized.

"There is no special EU summit on refugee policy planned. Calling such an EU special summit would be up to EU institutions," the tweet said.

"But the [German government] is, of course, holding talks in this context with various member states and the [European] Commission," it went on.

The dispute between Merkel and her interior minister is one of the most serious rifts to hit her coalition government.

Seehofer, of Bavaria's Christian Social Union (CSU) party, wants to introduce new migration rules that would allow Germany to send people away at the border if they had already been refused asylum, or had applied for asylum, elsewhere in the EU.

Merkel, who heads the CSU's conservative sister party, the Christian Democratic Union (CDU), has argued against unilateral action, saying migrant policy can only be effectively agreed and implemented at the European level.

Turning people away at the German border would potentially contravene EU "Dublin" regulations that determine which EU country is responsible for a particular asylum application.

Seehofer has threatened to defy Merkel. Bild reported that the CSU leadership was planning to decide on Monday on whether to give Merkel two weeks to seek an EU compromise before its preferred rules would enter force. CSU Secretary General Markus Blume however denied the report as "pure disinformation."

Seehofer told the newspaper he was not trying to split the conservative bloc.

"Nobody in the CSU is interested in toppling the chancellor, dissolving the CDU/CSU partnership or blowing up the coalition [between the CDU/CSU and the Social Democrats]," Seehofer said. "We want to finally find a sustainable solution to the rejection of immigrants from our borders."

Analysis: Did Angela Merkel bring this political blow on herself?

Angela Merkel has gone from defender of the rule-based international order at the G7 to struggling to hold her own government together. The timing is a surprise; the fact that her migration policy is the cause isn't. (15.06.2018)

The German government's row over migration policy is seen as the biggest threat to Angela Merkel's leadership in her 13 years as chancellor. DW looks at how the German press reacted to the escalating spat. (15.06.2018)

There may be disagreement within the German government on how to fight illegal migration. But Angela Merkel seems to have found a potentially valuable ally in her Austrian counterpart, Sebastian Kurz. (12.06.2018)

Horst Seehofer has threatened to go it alone if a compromise with Merkel's CDU cannot be achieved soon. Seehofer insists on stricter border checks, while Merkel is focused on a longterm EU-wide strategy. (14.06.2018)

Interior Minister Horst Seehofer has backed a study that calls for an inner-German treaty to benefit Sinti and Roma, a minority still facing "massive discrimination."