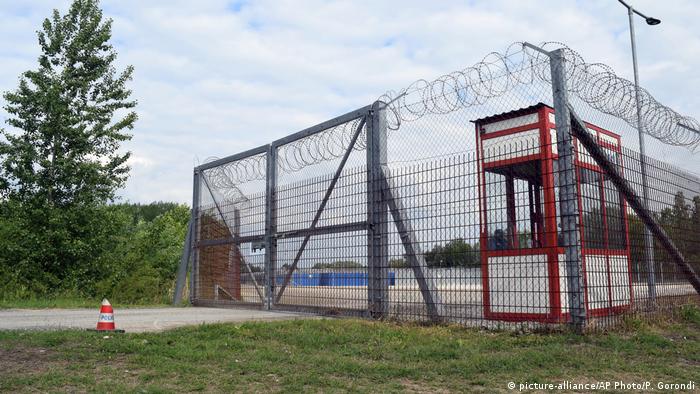 Hungary is shutting down the so-called transit zones on its southern border, the government announced on Thursday, after the European Court of Justice (ECJ) ruled the practice was illegal.

Around 280 asylum-seekers who are being held in the border camps while their applications are being processed will now be moved to reception centers across the country, Prime Minister Viktor Orban's chief of staff said.

"The Hungarian government disagrees with the ruling, we consider it a risk with regard to European security, but as an EU member state, we will adhere to all court rulings," Gergely Gulyas told reporters at an online press briefing.

He added that in the future, asylum requests can only be submitted at Hungarian embassies and consulates.

The move came just a week after the ECJ ruled that Hungary's practice of holding asylum-seekers at a camp near the border with Serbia amounted to unlawful detention.

The case was brought by four migrants from Iran and Afghanistan who traveled to Hungary via Serbia in 2018 and 2019.

They applied for asylum at the Röszke transit zone, but their applications were denied since they traveled through Serbia. They were left in limbo in the camps after Serbia refused to take them back and Hungarian authorities also refused to reconsider their cases.

The ECJ ruled that a local court should release the four migrants immediately.

Gulyas said that the four people involved in the case would be removed from the transit zone and be held elsewhere, while the other people in the camp would be taken to facilities for asylum-seekers.

Orban's increasingly strict anti-immigration policies and Hungary's treatment of asylum-seekers have been regularly criticized by European leaders and rights groups.

During the 2015 migration crisis, Orban ordered the construction of fences topped with razor wire to prevent the entry of asylum-seekers traveling towards western Europe.

The transit zone camps in particular have been criticized for their prison-like conditions. Hungarian authorities also frequently opt not to give food to adults in the transit zones who are waiting to hear back about their appeals after their initial asylum applications were rejected.

New findings suggest Greek authorities are illegally deporting refugees across the Turkish border. As part of an international research team, DW identified and met some of the victims who were forced back.  (21.05.2020)

Budapest’s response to COVID-19 has been to suspend parliament and give Prime Minister Viktor Orban open-ended powers to rule by decree. Will the latest move by the ruling Fidesz party cement authoritarianism in Europe? (21.05.2020)