For recognized refugees in Greece, the hardship isn′t over | Europe | News and current affairs from around the continent | DW | 12.07.2020

For recognized refugees in Greece, the hardship isn't over

Life for refugees in Greece does not always get easier when their status is officially recognized. On the contrary: Often already traumatized by war, they face the risk of poverty and homelessness. 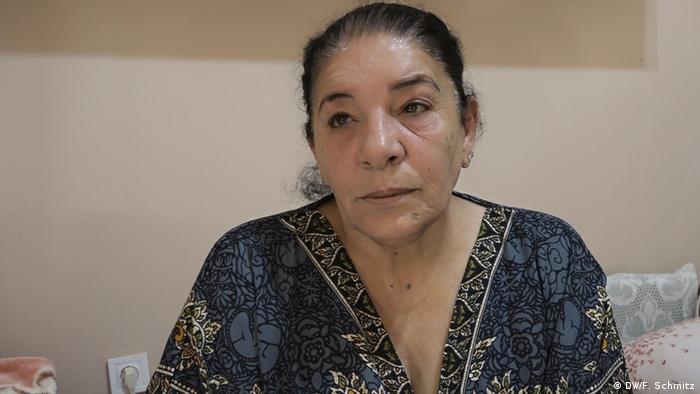 A Syrian woman named Amal is crouching on a street corner in downtown Thessaloniki, Greece's second-largest city. Amal is the Arabic word for hope, but the woman seems more frightened than anything else.

"She is afraid of the police," says Paul Esser, a social worker from Germany. He is a volunteer, one of a group of people taking care of Amal that includes Dorothee Vakalis, director of the Greek aid organization NAOMI.

Anything can trigger that reaction in Amal, Esser says — a loud noise, men shouting, cars driving close by. The sounds take Amal back to the war, back to her hometown of Al-Hasakah in northeastern Syria, where she lost her four sons and her husband and where she was mistreated and raped by fighters from the "Islamic State" (IS) terrorist militia.

The 62-year-old Amal, a devout Christian, has been living in Greece as a recognized refugee since 2018. "She does not remember anymore how she got here," says Nihad Ibraheem, a psychologist and psychotherapist from the Palestinian territories who has lived in Thessaloniki since the 1980s. Like Esser and Vakalis, he is one of Amal's volunteer carers. The woman is severely traumatized by what happened to her in the war, Ibraheem says. 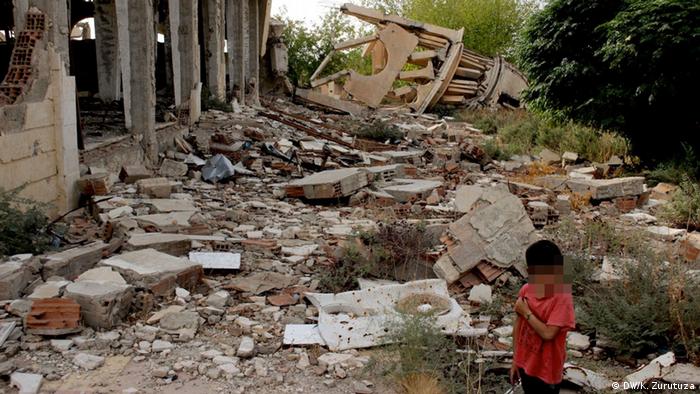 She has lost touch with reality and regularly experiences flashbacks from her past," Ibraheem adds. "When that happens, she can fall down in the street and was even robbed once in that situation."

Amal's manners indicate that she comes from a wealthy family, Ibraheem says, adding that neighbors in Thessaloniki who knew her back in Syria have told him that her family was influential.

Amal herself remembers only fragments. To overcome her trauma, she needs stability more than anything else, but that is something Greece cannot offer her.

INTERSOS, an international NGO, has been caring for Amal since 2017 as part of of the EU-funded Emergency Support to Integration and Accommodation (ESTIA) program. ESTIA provides asylum seekers with housing, social protection services and support in accessing health and education.

In serious cases like Amal's, however, it is not always easy, says INTERSOS Greece Program Manager Giorgos Giouvanoudis. Amal has had to move five times in just two years, he says, after landlords terminated contracts, sharing housing with other refugees didn't work out or an apartment turned out not to be barrier-free. 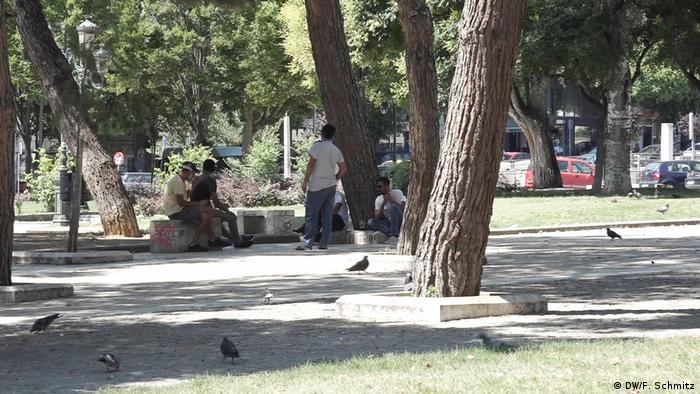 Many refugees have psychological and health problems, says Giouvanoudis, whose organization is looking after 1,683 people. Five hundred of them are in Thessaloniki, where only six social workers and one psychologist are available. To add to the problems, a new government regulation now stipulates that refugees who are officially recognized as such must leave the program and their homes.

Amal, too, will lose her accommodation and the financial support of €150 ($169) per month at the end of the month. In fact, she should have left the program at the end of June, but INTERSOs was able to persuade the relevant ministry to give her an extension.

The fact that people who receive official refugee status have to leave the program at some point is not new as such, but the authorities have significantly increased the pressure, says Giouvanoudis. "Previously, asylum seekers had to be informed six months in advance that the program was no longer responsible for them; now it is one month," he says.

That creates alarming situations, he says, especially in times of coronavirus restrictions.

According to the UN High Commissioner for Refugees (UNHCR), which runs ESTIA, 22,586 people were registered under the program as of June 22, — 6,432 of them recognized refugees. Giouvanoudis says that he and his team are trying to help these people but the sheer numbers are making it almost impossible. Many people are already being removed from the program, he says, and there will be many more to follow. "These people in need of protection hardly have time to understand what is going on and what it is they need to do," he says. 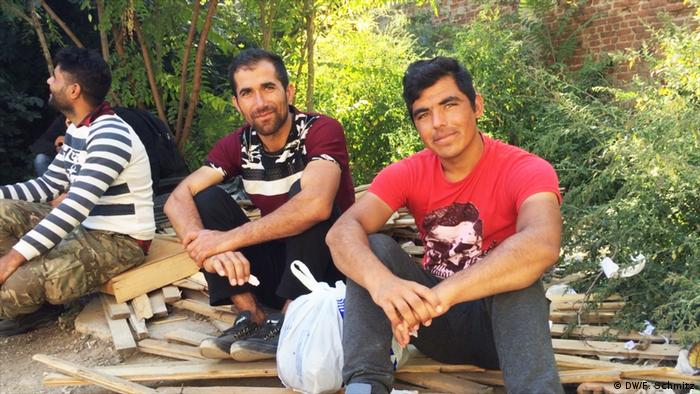 A positive asylum decision causes problems particularly for those refugees in need of special protection. Despite the HELIOS program that is supposed to help finance housing for recognized refugees and provide Greek language classes and employment counseling, many people could end up on the street because of the large numbers of people requiring assistance and a dwindling willingness on the part of landlords to provide housing.

People with serious health problems, such as Amal, are particularly at risk, says Giouvanoudis. Then, there are the many single mothers with underage children, he says. "Where can they find work? And if they do, are they meant to leave the children on their own? In that case, they would be violating their legal responsibilities simply to make ends meet."

These people need a safety net, Giouvanoudis argues — something the Greek system simply does not offer.

Recognized refugees have nearly the same rights as Greek citizens — but only in theory, says Vivi Paschalidou, a lawyer at the Greek Refugee Council (GRC).

In practice, Greece failed to launch integration programs early on to pave the way for refugees to enter Greek society, the lawyer says. There were hardly any language courses, she says, adding that it is almost impossible to find an apartment or a job without knowing Greek. 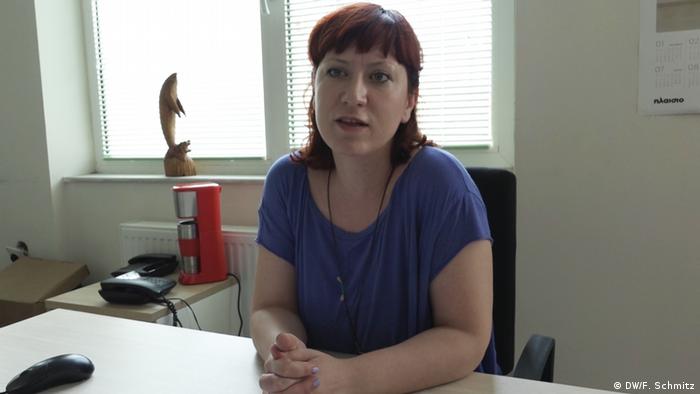 Paschalidou wants the EU to take a stand

But it is difficult to survive without an income, she says. While refugees are entitled to the same financial support granted to Greek citizens, that funding is more of a symbolic gesture, according to Paschalidou. "It doesn't get to the root of the problem; symbolic solutions do not help a family with three or four children — it's simply not enough for basic needs, not for Greeks either."

This is where reality collides not only with national laws, but also with European law. The Greek government is increasingly coming under fire for its refugee policy, but the EU has failed to rebuke the country, at least in public. "Greece is acting on the feedback it receives from the European institutions," says Paschalidou. The EU recently even congratulated the Greek migration minister for the good work the Greek state is doing, she says, referring to the praise given to Athens by Monique Pariat, the European Commission's director-general for migration and home affairs.

The European Union has paid Greece €2.57 billion ($2.9 billion) since 2015, but medical care is by no means guaranteed to everyone in the country. The lack of social benefits in Greece is mostly compensated for by family— a form of support refugees do not have. In Amal's case, NAOMI foots the bill for her medicine.

The people supporting Amal would like to see the traumatized Syrian woman transferred to Germany, which has the infrastructure she needs. Amal simply craves peace for herself — and a chance to mourn properly for her four sons and her husband.