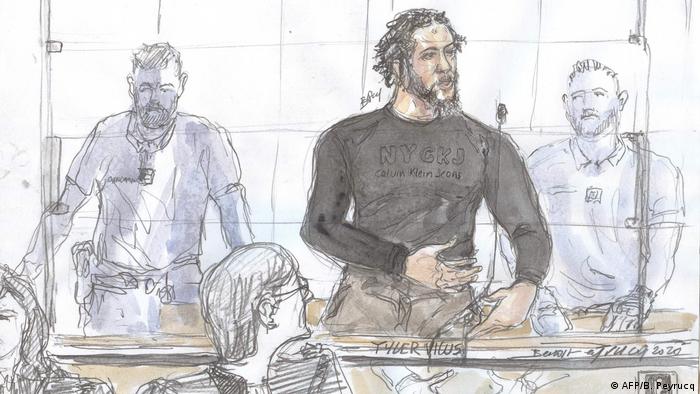 French-born extremist Tyler Vilus, believed to be a senior figure in the "Islamic State" (IS) militia, was sentenced to 30 years in prison by a Paris court on Friday. This marks France's first successful prosecution over extremist crimes committed in Syria.

"By not choosing a life sentence, the court decided to leave you a glimmer of hope for you to evolve," said chief judge Laurent Raviot.

The defendant, now 30 years old, converted to Islam nine years ago. He subsequently joined IS and left for Syria, where he stayed between 2013 and 2015. Vilus was eventually arrested in Turkey five years ago while trying to board a plane to Prague.

The court found him guilty on charges of "aggravated murder," being part of a terror organization, and leading a group of IS soldiers. While the prosecutors were unable to prove that Vilus personally executed anyone, they were able to convince the court that the man was a part of an organized group that was responsible for murders.

Most notably, the prosecution relied on the 2015 video published by IS for recruiting purposes. In it, the defendant is seen near two kneeling, blindfolded prisoners as they are shot in the head.

Vilus said he stumbled onto the scene as he was leaving a mosque. He has also told the Paris judges that he had rejected IS ideology.

'Path of no return'

The French prosecutors also claimed that the Frenchman left Syria in 2015 with the intent of leading the terrorists who committed deadly attacks in Paris later that year. The defendant denied this, but acknowledged he was preparing for death after exiting the battlefield.

Terror attacks in France since 2015

France has been hit by several terror attacks since 2015, when "Islamic State" militants launched a brutal attack across Paris. Over the past three years, there have been other attacks, and close calls. (13.05.2018)