The 'Islamic State' group has claimed responsibility for gun and bomb attacks in Paris that left more than 128 people dead. It said the attacks would continue as long as the country continued its current policies. 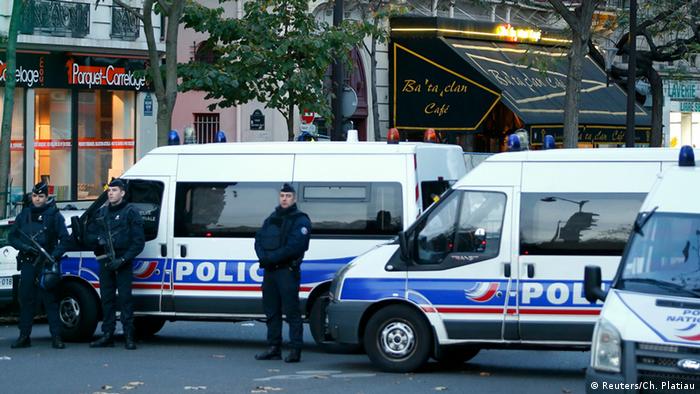 The group said its fighters carried out the attacks in various carefully studied locations in the heart of the capital.

The targets included a soccer stadium where France was playing Germany, and the Bataclan concert hall, where a US rock band was playing, and where IS said "hundreds of apostates were attending an adulterous party."

'IS' jihadists claimed responsibility for a series of attacks across Paris

French President Francois Hollande had earlier vowed to strike back after an emergency meeting with security officials on Saturday.

The multiple attacks across the French capital late Friday were "an act of war...committed by a terrorist army, the Islamic State, against France, against...what we are, a free country," Hollande said.

The president announced that France "will be merciless toward the barbarians of Islamic State" and act "by all means anywhere, inside or outside the country."