Germany steps up deportation of Georgian asylum seekers | Europe | News and current affairs from around the continent | DW | 04.11.2018

After Germany abolished the visa requirement for Georgian citizens, the number of Georgian asylum seekers in Germany has risen significantly. What is Georgia doing to halt migration, and has it been successful? 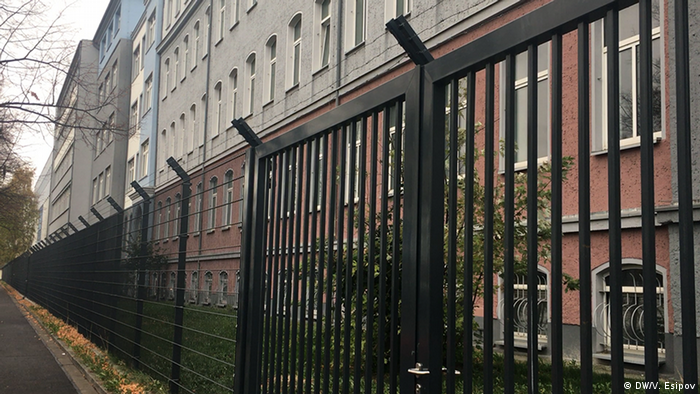 About 500 people live in the initial reception facility in the Dresden district of Friedrichstadt. Here, they wait behind barbed wire for authorities to decide on their asylum applications. Most applicants come from Syria, Iraq, Afghanistan and, strangely enough, from the democratic nation of Georgia, which is seeking EU and NATO membership. One-fifth of the facility's inhabitants are Georgian.

In 2017, after Germany ruled that Georgian citizens no longer needed visas, the number of asylum seekers coming to Germany from Georgia tripled. In 2018, 2976 applications were registered. Most of them, according to the Georgian embassy, are in the German states of Saxony in the east and North Rhine-Westphalia in the west.

Eter Hachmann also comes from Georgia. She grew up in the capital, Tbilisi, moved (legally) to Germany eight years ago, studied law and joined Germany's Social Democratic Party (SPD). Today, she is deputy chair of the Dresden branch of the SPD. She is doing her doctorate and working for the Ausländerrat Dresden e.V., a non-profit organization that gives support to migrants. 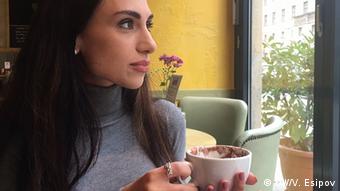 She believes that Germany is attractive for Georgians because of the higher wages and the much better standard of living. "A lot has changed in Georgia, but social problems remain," says Hachmann, and cites a simple example: An asylum seeker is provided with accommodation by the German state, along with €400 ($455) per month, while a couple could get 800 euros. Although this is modest by German standards, it is much more than an average salary in Georgia, she says.

But German authorities remain tough. Poverty does not give grounds to apply for asylum in Germany. Not even 1 percent of Georgian asylum seekers are classed as legitimate refugees. In order to speed up the processing of asylum applications made by Georgian citizens, the federal government wants to classify Georgia as a safe country of origin.

In September and October, two charter planes with about 100 Georgian citizens flew from Leipzig to Tbilisi. But deporting migrants on charter flights is not a cheap undertaking. According to the Saxon Refugee Council, the costs for such a charter flight could amount to €95,000 ($108,000). According to the Saxon Ministry of the Interior, there are currently 511 Georgian citizens in the state whose asylum applications have been rejected. This means they have to leave Germany.

Read more: My Europe: Georgia fights over its future

The Saxon Refugee Council is critical of refugees being deported to Georgia. Press spokesman Mark Gärtner describes the authorities' actions as "ruthless." He says families are being torn apart and that children with disabilities are being returned to Georgia who cannot receive qualified medical care there. Gärtner does not regard the Georgian refugees as "economic migrants." He says that the lack of qualified medical services in Georgia could pose a threat to life and therefore be regarded as a legitimate motive for fleeing the country. 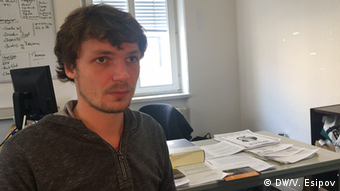 Gärtner: The authorities are 'ruthless'

The Georgian ambassador to Germany, Elguja Khokrishvili, noted in a written statement to DW that the vast majority of asylum applications submitted by Georgian citizens were unfounded. He said that the Georgian government reacted immediately to the increase in the number of asylum seekers in some EU states after they abolished the visa requirement and came up with a package of legislative and practical countermeasures.

"These measures include an intensive and extensive information campaign, amendments to the law on criminal prosecution for aiding and abetting illegal migration and tighter controls on departure," said the ambassador. The efforts had already produced positive results, he said: In some EU states, including Germany, the number of asylum applications had fallen significantly. "The figures from September, which show a 77.7 percent decrease compared to January 2018, are encouraging and give reason to hope that an improvement can be expected in the coming months," Khokrishvili said.

A discovery: Literature from Georgia

Meanwhile, according to the Saxon Ministry of Justice, the proportion of non-German nationals in prisons is growing. Currently, almost a third of prisoners are foreigners, with Georgia ranking fourth after Poland, Tunisia and Libya. As a result, expenditure on translators has quintupled in the last three years, from €104,000 in 2015 to an estimated €534,000 in 2018. Georgian is one of the languages where there is an increasing demand for translators by the police, courts and hospitals.

Eter Hachmann also occasionally works as a Georgian translator in court. She is not allowed to talk about individual criminal cases. She merely hints that it is mostly theft that is involved. The offenders often "cooperated" with "colleagues" from Russia and Chechnya, she says.

According to Hachmann, many refugees do not want people in their home country to know what is really going on with them. They tell their relatives that they have found a job in Germany or are going to a university. Whereas, in fact, they spend their days in a refugee shelter behind barbed wire.