Georgia is the guest of honor at the 2018 Frankfurt Book Fair. The small Caucasus republic presents richly diverse literature. 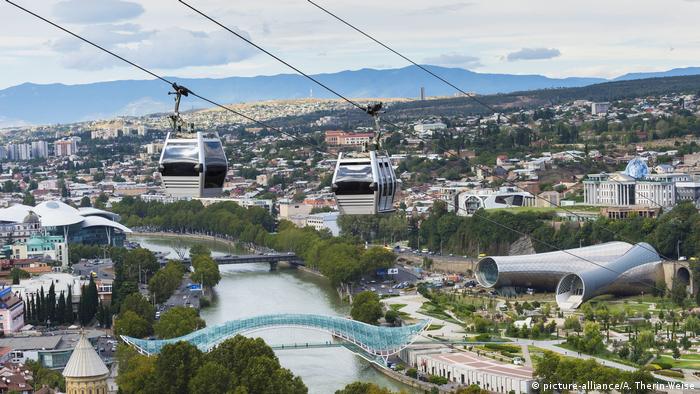 Despite its geographic location, Tbilisi looks very much like a European capital, lively and oddly beautiful.

In the 19th century, merchants, bankers and widely traveled tradesmen created wide streets and spacious mansions in the city center. However, the old town is full of narrow cobbled streets. There is scaffolding everywhere as many ornate buildings are being restored: Georgia's capital is shedding the crumbling remnants of the Soviet era. 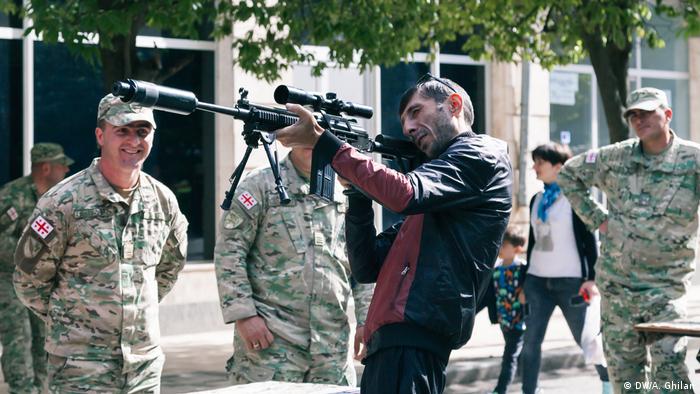 Prize-winning Georgian playwright and critic Davit Gabunia has an eye on the changes in his city, the country and its people. Where is the young republic headed after decades of Soviet occupation, and how is it dealing with its past?

"We need many more years of stability, peace and an economic upswing before we can start dealing with the past," says Gabunia.

Georgia's past is marked by centuries of foreign rule, exploitation and oppression, Stalin's system of injustice, Soviet propaganda and finally, the hard times after independence in 1991, including unstable power structures, a dilapidated economy, corruption, violence and the battle for the renegade republics of Abkhazia and South Ossetia.

The tense political situation has kept people so busy that no one has the time or peace of mind to deal with the past, says Gabunia — "even if that's where they will find the roots of all the problems." 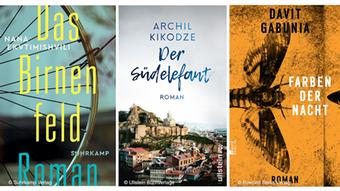 The German covers of the Georgian books

Davit Gabunia: a thriller with a political backdrop

That is also the reason why Georgian literature is so illuminating. It meanders through the small country and its history, tells tales of people and takes an unabashed look at the country's chasms and upheavals.

Farben der Nacht (which translates as Colors of the Night, not available in English yet), Davit Gabunia's debut novel, is a crime thriller and a glimpse of a society where homosexuality is a taboo, machismo is widespread and where, basically, it's every man for himself.

The thriller takes place in the summer of 2012. Political events serve as a backdrop to his story. People were dissatisfied with President Mikhail Saakashvili and tens of thousands took to the streets in protest as videos emerged showing that prisoners were tortured in the country's prisons.

A parliamentary election on October 1 saw a change of power as Bidsina Ivanishvili, a billionaire oligarch, took office as prime minister, promising a pro-Western shift, only to step down voluntarily a year later. 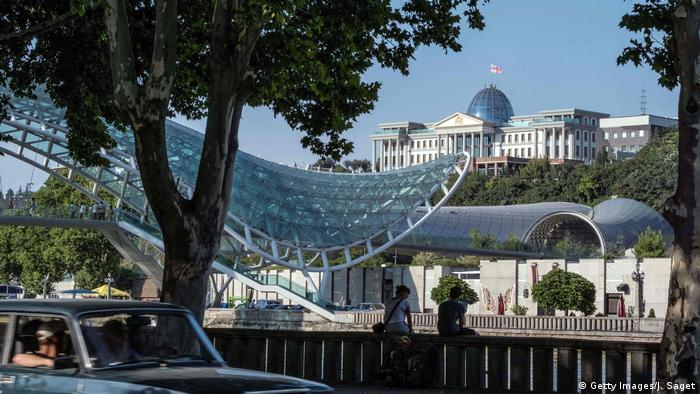 A culture of contrasts: the presidential palace in Tbilisi

Georgian culture, argues Davit Dabunia, is a culture of extremes. The protagonists of his story may be regular people but they find themselves in extreme situations, he adds.

Nana Ekvtimishvili grew up in a village near the capital, right by a children's home. The relic from the Soviet era housed children no one wanted in abject poverty.

As a child, the author played with these children, and remembers them talking about a ritual in a pear orchard, where newcomer girls were raped by the other children. 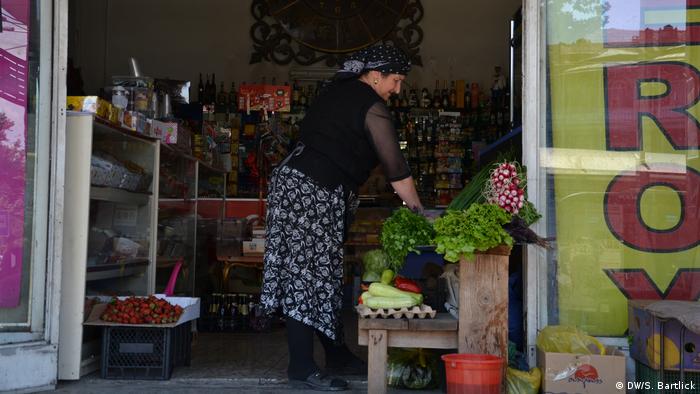 After coming across some of her former playmates begging in the streets 20 years later, she wove her childhood memories into a disturbing novel, titled The Pear Field.

Nana Ekvtimishvili is known in western Europe as a filmmaker. She studied in Potsdam, Germany, but the stories she tells all take place in Georgia. Women are at the center of these stories, women who take the bull by the horns and seek change.

People in the country aren't used to taking stock of situations, says Nana Ekvtimishvili — one of the worst legacies of Soviet rule. They just haven't learned to initiate change themselves, she adds.

What will the future bring? Will everyone find their place? Author, photographer, actor and tour guide Archil Kikodze has traveled extensively throughout his country and Tbilisi, which makes him a wanderer between worlds with a strong sense of observation.

His award-winning novel Southern Elephant follows a narrator through a day in Tbilisi, while several flashbacks send the reader back to the 1920s. Kikodze tells the story of an identity crisis filled with ethical conflicts and questions about a right or wrong way of living, about truth and truthfulness. 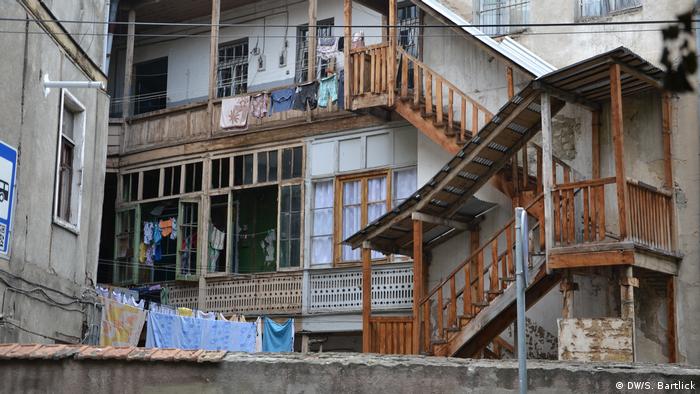 A typical courtyard in Tbilisi

The Soviet era damaged Georgia's society, says the author. It left traces in every family.

The Southern Elephant, he says, is the story of his generation. Once, after a public reading of his book, a young girl came to thank him, saying that she now understood why her uncle drank so much and why her neighbor was the way he was.

If it stays peaceful in Georgia, says Kikodze, then society will develop one step at a time. Young people are already more open, more colorful, freer, "But my generation still has many complexes that we've been carrying with us our entire life."

Today Georgia aspires to further integrate into the west. English has replaced Russian as the first foreign language people learn and they can travel to the EU without a visa.

Georgia's literature is certainly a great way to discover the country's contrasts and changing culture.

Georgia: A land whose inhabitants see themselves as undeniably European, yet are far from united on what 'Europe' even means. Krsto Lazarevic visits the country as it takes the spotlight at the 2018 Frankfurt Book Fair. (07.10.2018)