Germany set to take charge of imam education locally | Germany | News and in-depth reporting from Berlin and beyond | DW | 21.11.2019 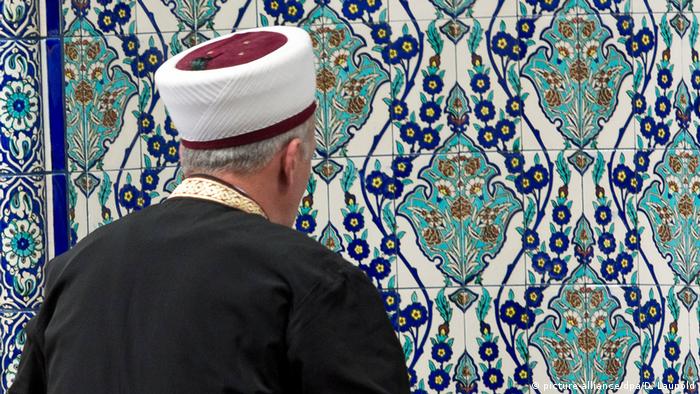 The government has long struggled with foreign involvement when it comes to the education of imams who lead Muslim communities across Germany. Now, a new educational association, with start-up funding from Germany's interior ministry, is set to launch at the University of Osnabrück on Thursday.

Even though some Muslim organizations have been training imams for their own communities in Germany, the majority of imams working in the country are affiliated with the Turkish-Islamic Union for Religious Affairs (DITIB).

Among Germany's nearly 4.5 million Muslims, around 3 million are of Turkish origin.

It was precisely this influence that moved the German government to take such a bold step, Green party parliamentarian Filiz Polat told DW. It was a measure her party "had long been asking for," she added.

Eid celebrations in Germany focus on integration and diversity

DITIB is Germany's largest Islamic umbrella group, with 900 affiliated mosques. Its imams are educated, financed and sent from Turkey. So the language and cultural barrier together with many of these imams' loyalty to the Turkish government, has pushed the German government to deal intensively with the issue in recent years.

One of the major obstacles to approaching the issue was that of securing funding. That now has a temporary solution, with the government's planned investment.

Polat told DW that in response to her official inquiry on the subject, the interior ministry had already confirmed its plans for the start-up financing.

Read more: Imams in Germany will soon have to prove they speak German

One of the organizations that will take part in the new association will be the Central Council of Muslims in Germany (ZMD), confirmed its chairman, Aiman Mazyek.

"We can't just always complain that there are foreign imams," he told DW. But the establishment of the association is a concrete step and " a positive development, but it should have been introduced decades ago."

Constitutionally, the German state is required to stay out of religious community affairs. However, according to parliamentarian Polat, the neutrality of the state is safeguarded through the founding of an independent association, which will be located in the state of Lower Saxony.

"The rabbinical seminar in Potsdam has received state start-up funding and this strategy has paid off,"  she said, referring to the state-supported Abraham Geiger Kolleg. "Such a way would also be constitutionally unobjectionable," she told DW.

'A foot in the door'

Currently, Islamic theology is taught at academic institutions in the cities of Münster, Tübingen, Osnabrück, Giessen and Erlangen-Nuremberg. In October this year, Humboldt University of Berlin also opened an Islamic theology institute.

However, students of theology cannot simply work as imams in Germany, since reading of the Koran, how to perform a prayer and other practical tasks are not taught at these institutes. To do so, a separate and practical education is needed.

In a response to DW's inquiry, the Lower Saxony Ministry for Science and Culture said the plan includes the "establishment of a registered association in cooperation with Muslim organizations and mosque communities that are interested." Islamic theology experts will a part of this new association, the statement underlined. The ministry also suggested that the method could "function as a model" for the education of imams elsewhere.

DW spoke to Professor Rauf Ceylan of Osnabrück University, who had previously drafted a "road map" on how education for imams in Germany should be built. He sees the new initiative as "putting a foot in the door."

However, he cautioned that the pilot project should not begin with "high expectations." But "we just need to start, and I think when the quality shows itself, in the long run it will gain acceptance."