Chancellor Merkel led the response to the new interior minister's remarks, saying the 4 million Muslims living in Germany and their religion belong in the country. SPD ministers called for practical integration measures. 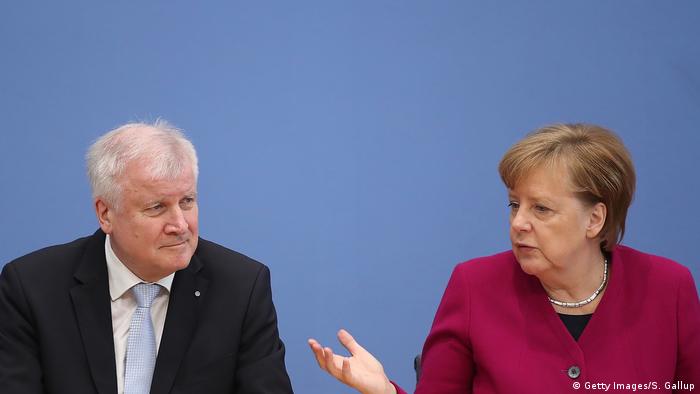 New Interior Minister Horst Seehofer had told Bild newspaper "Islam doesn't belong to Germany," but added that "the Muslims who live with us are, of course, part of Germany."

Seehofer, a former head of Bavaria's Christian Social Union (CSU), has always held a harder line on immigration than his coalition partners in Merkel's Christian Democratic Union (CDU). The CSU also faces state elections in October, in which the Alternative for Germany (AfD), an anti-immigrant party, will present a challenge.

Asked about Seehofer's remarks, Merkel said on Friday that while Germany was shaped by its Judeo-Christian heritage, "there are 4 million Muslims living in Germany."

"They can live their religion here, too," the chancellor said. "These Muslims belong to Germany and in the same way their religion belongs to Germany, that is to say Islam." She added that the form of Islam practiced must conform to the country's constitution.

Read more: Net migration to Germany sank by half in 2016: statistics office

Federal Justice Minister Katarina Barley proposed an end to theoretical debate on the affiliation of Islam to Germany. "Theoretical debates have been going on for long enough," Barley told Saturday's edition of the Rheinische Post. Instead, the focus should be on practical solutions for problems: "As far as our values are concerned, the Basic Law is and will remain the basis of our coexistence."

Family Minister Franziska Giffey expressed a similar sentiment: "On the ground, such debates do not help at all," she said during an interview with broadcaster ZDF. The focus should be on organizing the people who live in Germany, whatever their origin or religion, so they can live together and shape society's social peace. 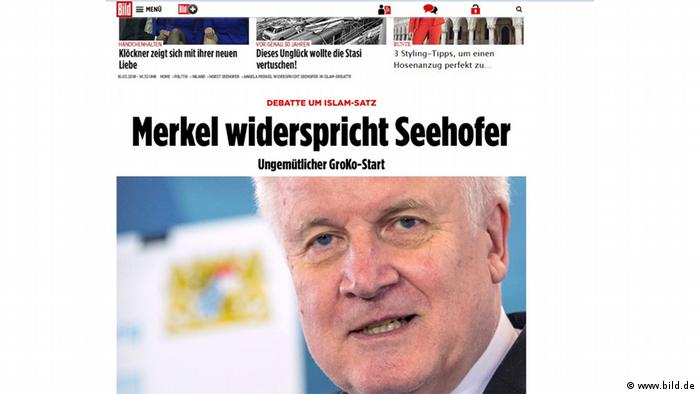 Labor Minister Hubertus Heil told Funke Media Group newspapers on Saturday, "We have to talk about work and education and about rules for our coexistence."

"The debate that Horst Seehofer is continuing serves no substantive purpose and is being used to create a particular atmosphere ahead of the state election in Bavaria," he said. Bavarians will vote for a state parliament in October.

Heil called for "fair chances and clear rules" for immigrants under the rule of law. He spoke out against any form of extremism but said that religious freedom existed in Germany and that it included "the people of the Muslim faith" who also belonged to Germany.

Saturday's newspapers in Germany also commented extensively on Seehofer's remarks. Most of them focused on Seehofer's use of his new role as federal interior minister to make political points ahead of the election in Bavaria.

Angela Merkel's conservatives and her SPD allies were understandably upbeat during the signing of Germany's grand coalition agreement in Berlin. For the opposition parties, however, plenty of skepticism remains. (12.03.2018)