Germany: Imams will have to prove they speak the language

Religious leaders from other countries could soon be forced to prove they can speak German in order to stay in the country. Critics say such a law would worsen the country's shortage of Muslim clerics. 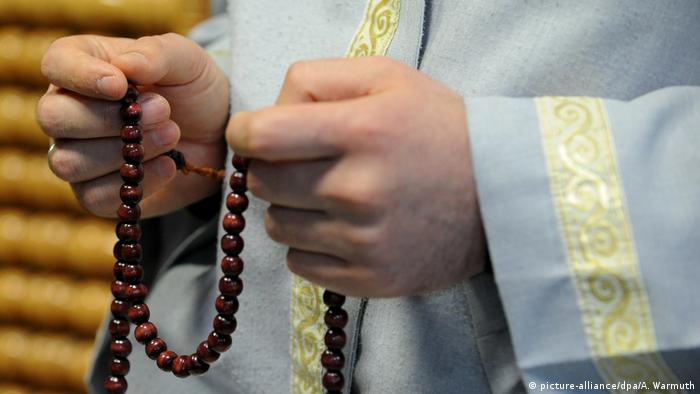 The German Cabinet has introduced a draft of a bill that would require clergy from countries outside the EU to prove their knowledge of German in order to reside in the country, .

Although the law would apply to clerics from all religions, the coalition treaty signed by the German government specifically refers to Muslim preachers.

"We expect foreign imams to be able to speak German," an Interior Ministry spokesperson confirmed on Wednesday.

The bill would change current residency and labor ordinances by requiring foreign clerics to prove within a year of arriving in Germany that they understand enough German to discuss key topics such as family, shopping, work, and their immediate surroundings. Prior to that, proof of a basic understanding of German would suffice.

Read more: German is the most spoken language in immigrant households

The draft states that "for religious reasons, clerics often take on an influential role in their communities" that requires them to act as models and counselors in a way that facilitates peaceful cooperation between different cultures and religions as well as a successful integration of immigrants to Germany.

Currently labor laws do not have any requirements for work visas issued for charitable or religious purposes.

Green party lawmaker Filiz Polat criticized the bill, saying it would worsen the country's shortage of Muslim clerics. According to recent data, Germany has around 2,000 mosques, with nearly 90% of imams coming from other countries. Polat says it is still unclear whether the government would support an educational training program for imams in Germany.

In March, the German Catholic Bishops' Conference said the new ordinance should not make it impossible for foreign-born clergy to come to Germany. The Catholic and Protestant churches in Germany also employee many clerics from outside the EU.