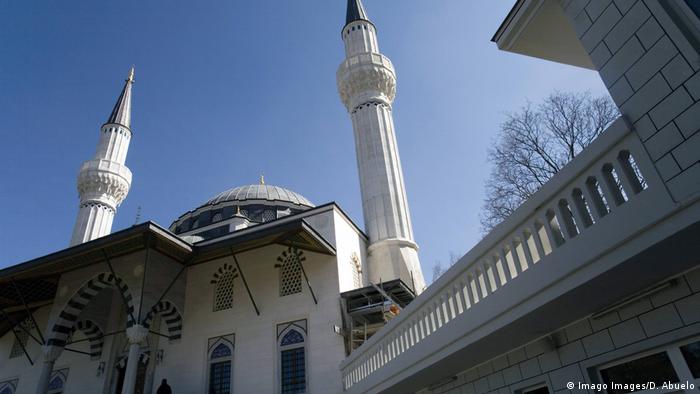 A new report published Tuesday proposes a concrete solution to Germany's ongoing dilemma about how to educate Islamic religious leaders. The goal is to create a seminar that would offer graduates of Islamic theology institutes in Germany the possibility to train as imams — thereby also curbing foreign influence on local Muslim leaders.

In recent years, the German Ministry of Education and Research has invested €44 million ($49.5 million) to finance seven Islamic theology institutes across the country. But due to a lack of practical expertise, which is not a part of the institutes' curriculum, graduates do not qualify to work as imams — so those wishing to become imams must take on a separate training similar to a seminary for the priesthood.

The German Interior Ministry brought together representatives of religious organizations, government officials and experts for a two-day closed workshop as part of the German Islam Conference. A spokesperson for the ministry said the goal of the workshop was to "look at the status quo and the future perspectives on how to educate imams in Germany."

Rauf Ceylan, a professor of sociology at the University of Osnabrück, who wrote the "Imam Education in Germany" report released Tuesday to coincide with the workshop, suggests kicking off a pilot project in the state of Lower Saxony. Ceylan says the state was chosen because state authorities, the local religious communities and the Islamic Theology Institute of Osnabrück had already been cooperating for many years. "This doesn't mean that the door is open only to students from Osnabrück or Lower Saxony," he underlined. "It will be accessible to all" who want to become imams in Germany, he said.

If the imam seminar project can find funding, the goal is to train 15-20 participants in the first pilot group. The project includes two years of practical seminars for theology students, as well as experience working within religious communities during their theology studies, which would be in addition to compulsory internships and further education. The various activities are aimed at helping young leaders deal with current issues and create a networking environment for people from various regions with differing religious backgrounds.

Even though there are some Muslim communities already educating their own imams within Germany, the Turkish-Islamic Union for Religious Affairs (DITIB) remains Germany's largest such umbrella organization with around 900 mosques. Under the auspices of the Turkish government, the organization trains, finances and sends imams to Germany. There are 4.5 million Muslims in Germany, of which about 3 million are of Turkish origin.

"It's not just about imam education," says Christoph de Vries, rapporteur for religious communities for the ruling Christian Democrats (CDU). "Above all, it's about if we will allow foreign governments to influence children and believers in Germany."

Read more: What to know about DITIB 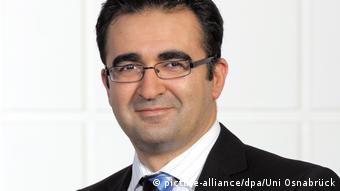 Islam expert and sociologist Rauf Ceylan: Training imams is not just about religion

Even though the German government is eager to prevent Turkish influence, there is no simple answer to the question of how to finance the education of imams in Germany. The new report suggests state and federal governments chip in to provide startup financing for the first five years.

Ceylan says that initial funding could be extended another five years, if necessary, while Muslim communities come up with a sustainable financing solution. But there is no question that they "need to figure out" how they can finance these structures.

The separation of state and religion in Germany doesn't allow the government to finance religious activities. But Ceylan is convinced that startup financing could be possible, since an imam seminar is about "social work, consultation, social education — so not just about washing the deceased or other practical duties." However, Abdassamad El Yazidi, secretary-general of the Central Council of Muslims in Germany (ZMD), a Cologne-based Muslim umbrella group, believes that the political will is missing. "You can't work with 'imported imams' forever," says El Yazidi. "Turkey invests a lot of money in this. When the German government is ready to build something parallel to this, then they need to invest money."

According to El Yazidi, the community is also ready to contribute its share. ZMD is not only interested in the education of future imams but also in continuing education for imams already working in religious communities, in particular those who need support in improving their German skills to be able to connect better with young people and to better understand German history and culture.

The CDU's de Vries isn't against startup financing. "If it is just about supporting at the beginning, that's something else," but it can't be a "permanent arrangement," he says. "There are many advantages of the state not being able to interfere in religious communities, but it also means that the communities have to take responsibility for their organization and activities."

Another possible roadblock is that currently, not all of the umbrella organizations are willing to be a part of this new formula. This week's workshop will not only be the first step to evaluate the willingness of religious communities but also to examine the further willingness of the federal and state governments regarding how much they are ready to invest, both politically and financially.

Some of Germany's Muslim leaders are criticizing a book which says that belief in God is not mandatory in Islam. The author is on the defense - particularly since he heads the organization that trains Islam teachers. (28.02.2013)

Ludovic-Mohamed Zahed wants an Islam that is more tolerant of the LGBTQ community. He’s fighting for gay Muslims to be able to live their lives openly without fear or shame.