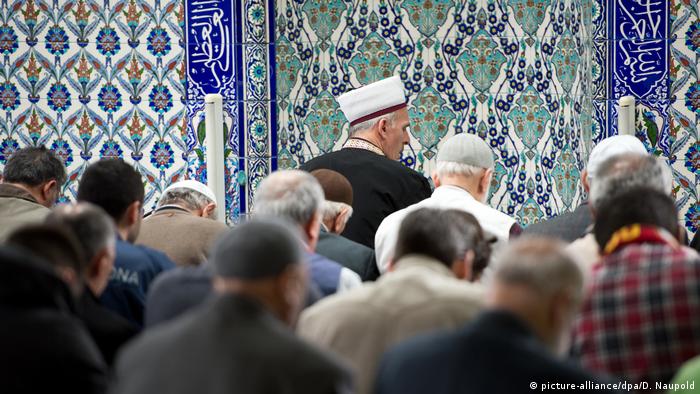 German police on Wednesday raided the homes of four imams alleged to have spied on the opposition for the Turkish government. The police action is part of an investigation into what documents obtained by DW show to be a broader Turkish effort to collect information across Europe on supporters of the religious movement Ankara blames for last July's failed coup attempt.

The raids targeted the homes of four Turkish imams affiliated with the Turkish-Islamic Union for Religious Affairs (DITIB), Germany's largest Islamic umbrella group with over 900 mosques tied to the Turkish government's Directorate of Religion, or Diyanet.

The Federal Prosecutors Office (GBA) said in a statement no arrests were made in the raids in the states of North Rhine-Westphalia (NRW) and Rhineland-Pfalz, which aimed to collect evidence into imams conducting alleged espionage against supporters of the US-based preacher Fethullah Gulen, who Ankara blames for last July's failed coup attempt.

The prosecutor's office said the reason for the raids was related to a September order from Diyanet, a religious body tied to the Turkish prime ministry, for imams to pass information to diplomatic missions on Gulen supporters. 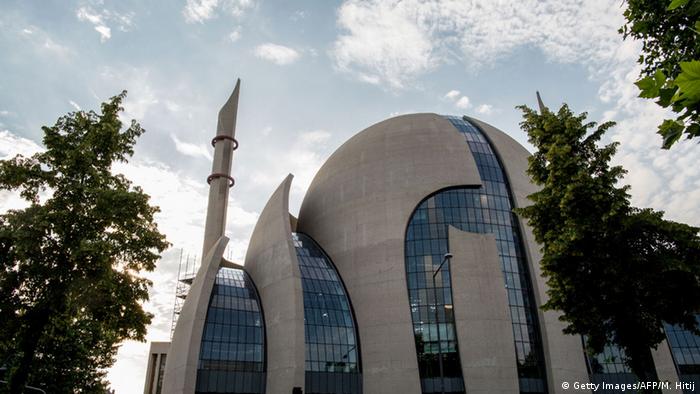 The Cologne-based DITIB is under pressure to severe ties with Ankara.

According to the documents obtained by DW, 13 imams and a "deputy coordinator" in the two states provided information to the Turkish religious attaché at the consulate in Cologne on at least 14 Gulen affiliated institutions and 45 people with alleged ties to the Gulen movement. NRW's ministry of education has identified five people on the list as state-employed teachers.

A NRW interior ministry spokesman confirmed the documents from the Turkish consulate obtained by DW were the same as those in their possession. "It cannot be ruled out that further reports were drawn up from Germany and the neighboring countries," he said.

In addition to naming people, the consular memos speak generally of those who "provide support or are sympathizers" of the Gulen movement, report on activity or name former institutions in their region.

German authorities have contacted those named on the lists and advised them against travel to Turkey, where President Recep Tayyip Erdogan has engaged in a massive post-coup purge.

Several of the imams have returned to Turkey, DW learned after making calls to some of the mosques, a factor likely to complicate the federal investigation.

Most of the Gulen-affiliated institutions are engaged in after-school tutoring for the socio-economically disadvantaged, inter-religious dialogue, cultural activities and projects to better integrate Turks in Germany. In NRW alone, the movement runs 63 associations and five private schools that get partial state support.

In the wake of the coup attempt, Turkey has called on all countries to clamp down on the Gulen movement, which it considers a terrorist organization.  The issue has raised tensions between Turkey and some of its NATO allies, including Germany.

On Thursday, Turkish Justice Minister Bekir Bozdag condemned the raids and accused Berlin of acting indirectly under the influence of the Gulen movement. He said the investigation into the alleged spying showed how easily Germany "believes the allegations of terrorists."

Osman Esen, who heads the Gulen movement's operations in NRW, told DW that since the coup attempt monetary support for the group has dried up and attendance at its educational institutions has fallen. The drop in attendance has partially been made up by the refugee integration courses it offers.

The trained lawyer spoke of a general climate of "fear," as many Turkish families shy away from educating their children at Gulen-affiliated institutions out of concern for retribution against themselves or relatives in Turkey or Germany.

DITIB last month admitted "a few" of its preachers "wrongly" acted as informants for the Turkish government, but has sought to distance itself from the spying allegations. The Islamic association says it did not order imams, who are paid and sent by Diyanet, to spy on Gulen followers. However, in a statement on Wednesday DITIB warned that "the raids of private apartments of Muslim clerics have led to anger within the Muslim community."

DITIB says it only provides religious and cultural services and does not conduct political activities.

Green politician Volker Beck, who filed a criminal complaint in December, said DITIB's claims of innocence do not add up.

"Diyanet, religious attachés at consulates and the local DITIB associations are an entity which normally executes the political orders of Ankara concerning religion. But at the same time this is an entity that is capable of acting as a secret service," he told DW.

He said people mentioned in the report have become victims of ongoing purges in Turkey, with some relatives of those informed upon being questioned in Turkey and people's bank accounts frozen.

The Turkish state's collection of information on Gulen activities has likely occurred "all over the world," Beck said. 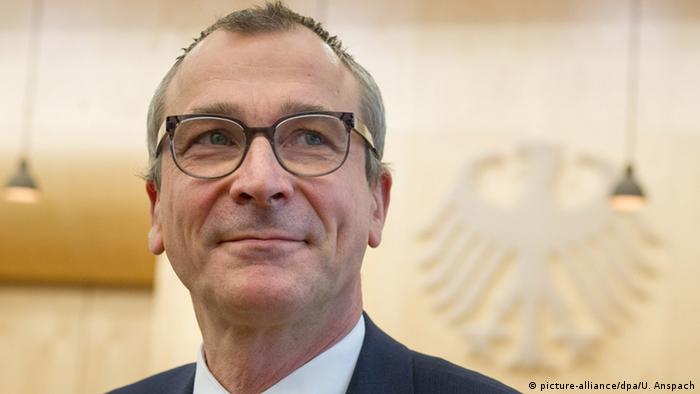 Green party politician Volker Beck has criticized the German government for acting slowly on the case.

The documents obtained by DW reveal a larger effort by Diyanet in Germany and Europe to report back to Ankara on the Gulen movement. Among the reports are ones written by religious attachés at Turkish diplomatic missions in Munich, the Netherlands, Austria, Switzerland and Belgium.

In all, the reports identify dozens of individuals, associations, businesses and schools with supposed affiliations to the global network of the Gulen, who denounced the coup attempt and denied any involvement.

In other parts, the memos describe activities organized by the movement. One section from the Salzburg, Austria, memo describes how a Gulen-affiliated group "successfully infiltrated (the Turkish community) in the name of cultural integration" by organizing swimming classes for women. Austrian authorities in 2015 awarded the organization an "Integration Award" for its efforts in the field.

It is unclear how the religious attachés gathered the information, or what exact role Turkish imams played.

The documents from Vienna and Salzburg show Diyanet officials have worked with ATIB, a similar organization to DITIB in Austria, to monitor and counter the activities of the Gulen movement.

Both reports from Austria say Turkish state religious officials have taken active measures against the Gulenist activities and its attempts at "infiltration." The Salzburg memo says ATIB and other religious officials "destroyed all books, audio materials, video CDs, poetry, brochures, newspapers and propaganda material" related to the Gulenists.

In Austria, religious officials have "just like in the homeland assessed possible connections of the nefarious terror organization" and informed the Turkish government, the document reads.

Earlier this week, Austrian Greens Parliamentarian Peter Pilz announced he was in possession of religious attaché reports from Salzburg and Vienna. Pilz said he was working on publishing documents from 30 countries that revealed a "global spying network" at Turkish diplomatic missions.