Mosques in Germany: Statistics hard to come by | Germany | News and in-depth reporting from Berlin and beyond | DW | 08.10.2018

In a country that diligently makes note of its statistics, it may seem rather puzzling that no one knows the exact number of mosques in Germany. Differing laws and a lack of top-down organizing are largely to blame. Ever since the opening of a Turkish state-financed mosque in Cologne, Islamic houses of prayer have been a frequent topic of discussion in Germany. In a country and city with a large Turkish minority, many people see the public presence of these buildings in Cologne as a display of power by the Turkish state.

That's also why, according to Blume, no one knows exactly how many Buddhist temples there are in Germany. Mosques in Germany register according to laws governing the formation of associations. And it's up to them whether they are affiliated with a larger umbrella association of mosques or are completely independent.

Read more: Open Day at the mosque: 'Everyone must contribute'

On the other hand are the mainstream churches. They are listed in the Federal Statistical Office's comprehensive "Yearbook," as are Jewish communities. Churches and Jewish congregations in Germany have agreements with the state governed by constitutional laws on church-state relations. By contrast, the statistical yearbook lacks categories such as "Islam," "Mosque" or "Muslims." 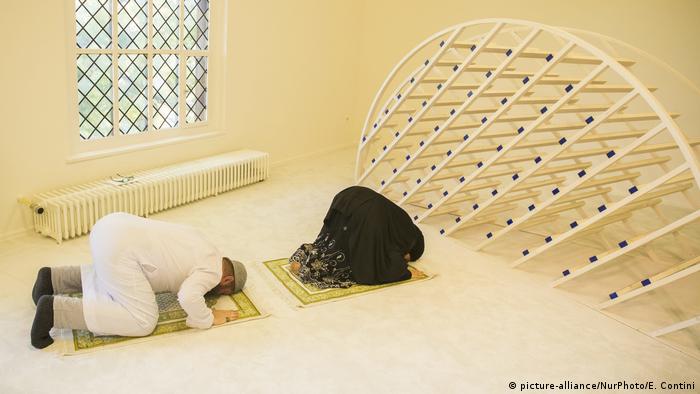 At the Ibn Rushd Goethe mosque in Berlin, men and women worship together

Some figures on mosques in the country do exist. The Central Council of Muslims in Germany announced in early October that there are roughly 2,500 mosques. Many of them are tucked away from the street in courtyards, around 900 would be recognizable as mosques to passersby. The lack of exact figures is explained in part by the fact that Islam is much less hierarchically organized than other monotheistic religions. A few friends can simply set up a prayer room together — or, as in Berlin, a feminist lawyer can set up her own "liberal mosque."

Up until May of this year, researchers at Germany's Parliament, the Bundestag, had been investigating the "financing of mosques and 'mosque associations,'" and had similar issues ascertaining concrete numbers.

Read more: Germany tolerant of LGBT neighbors, but not Muslim ones

"Estimates suggest that between 2,600 and 2,700 Muslim places of worship, of various arrangements, exist," Blume said. However, he cautioned, few would be perceived as "mosques in the traditional sense." Only the new, larger and more public buildings are adorned in "neo-Ottoman to a post-modern glass and concrete architecture," Blume explained. The vast majority of the community buildings, sometimes referred to as "courtyard mosques," are located in courtyards, industrial districts and converted factory buildings.

According to the Bundestag researchers, Germany is home to "at least 2,350 to 2,750 mosque congregations or associations," serving between 4.4 and 4.7 million "Muslims of different faiths, denominations, ethnic groups and political views." Only a minority — between 15 and 30 percent — of Muslims belong to a congregation or association.

"We do not even know exactly how many Muslims there are, because it is not recorded," said Blume, who published the book Islam in Crisis in 2017. "We know roughly the number of people of Muslim background who come from Muslim-majority countries, but a portion of that figure — a growing portion of it — say: 'Me, I am not religious at all, I have nothing at all to do with religion.' There are others who say: 'Yes, I am Muslim, but I don't belong to a congregation or association.' And only a very small portion of them join religious associations, which then found mosques." 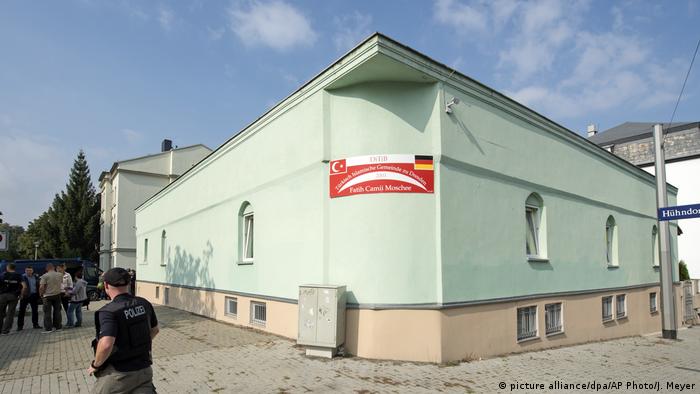 From the outside, many mosques in Germany do not necessarily appear to be houses of worship

Many new publicly visible mosques in Germany tend to be financed from abroad, be it from Turkey — the Turkish-Islamic Union for Religious Affairs, or DITIB, claims to represent more than 960 formally independent associations — or from Saudi Arabia.

Read more: What you need to know about DITIB mosque association

"The big problem of Islamic congregations is that they do not have enough money," said Blume. "Because very few Muslims see themselves as members of mosque congregations."

It might be possible to raise enough donations to fund the construction of a small mosque, he explained, but it is less clear how one should find money to pay the imams and the youth ministry. "And that's why the Turkish state is so strong," within Germany's Muslim community, said Blume, because it pays the imams.

The German Islam Conference is due to meet this autumn, for the first time since the 2017 national elections. An agreement on better statistical data could well be a topic of conversation.

German-trained imams program has been a long time coming 16.06.2021

After a long period of preparation, Germany's first Islamic studies college has opened. Officials are optimistic that it will help fight extremism.