While homophobia has seen a drastic decrease in Germany over the years, Islamophobia has remained stubbornly stagnant. A new Playboy poll has found that most Germans are opposed to mosques, hijab, and refugee homes. 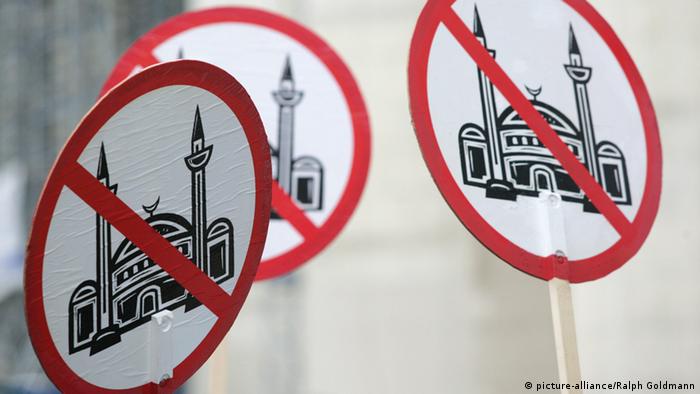 A new poll published on Thursday by Playboy Germany shows that while national hostility to minority sexualities may have taken a nosedive over the years, hostility to Islam remains depressingly stagnant.

According to the survey, which polled over 1,000 men and women, the vast majority of Germans (70 percent) wouldn't care if their child was homosexual, and the same amount said they would support a law requiring insurance companies to pay for sexual reassignment surgery for transgender individuals.

Indeed, decades of research in Germany have shown a staggering increase in tolerance for non-hetero sexual orientations. A wide-ranging comparison compiled by the Bundestag in 2016, including research going back to the 1940s, illustrates a country that has become more open each decade.

For example, in 1949, 53 percent of married men in Germany said that they saw homosexuality as an illness. By 1976, that number had dropped to 25 percent.

Another survey found that in western Germany in 1991, 36 percent of respondents said they would not want homosexuals as neighbors. 17 years later, the number was just 13 percent. The results for eastern Germany were about the same.

The Playboy study also reported that most Germans have a very relaxed view on nudity and sexuality in the media, and don't think it needs to be regulated.

However, while homophobia appears to be on the decline, Islamophobia has persisted at about the same levels since the 1990s.

Most Germans averse to mosques, hijab

One of the more concerning statistics found by research institute Mafo.de for the Playboy poll regards mosques. About 16.6 percent of Germans said they would not want a Christian church in their neighborhood. As for Jewish synagogues and Buddhist temples, that would bother about 25 percent of people.

But as for a mosque, 55.7 percent of Germans said they wouldn't want one near their home. Most respondents (more than 70 percent) also said it was a good idea to ban teachers and public servants from wearing hijab.

Despite the migrant crisis largely having passed, the poll also found that more Germans were opposed to refugee homes than two years ago:

The Bundestag study shows, however, that Islamophobia is not a phenomenon tied to the refugee crisis. While widespread immigration of Muslims began as far back as the 1950s, when many Turks began arriving to fill much-needed postwar infrastructure work, Germans have remained stubbornly opposed to the presence of Islam in their communities.

The same study that saw homophobia plummet paints a much bleaker picture towards Muslims. In western Germany in 1991, 25 percent of people said they wouldn't want a Muslim as a neighbor, and by 2008 that number had increased to 26. In eastern Germany, it was a change of 29 to 33 percent.

This is hardly surprisingly in light of numerous recent events in Germany, like soccer superstar Mesut Özil stepping away from Germany's national team over anti-Muslim treatment and the resultant #MeTwo movement casting a light on everyday racism

Dr. Melanie Steffens, a social psychology professor at the University of Koblenz, has some insight into why Germans may be willing to accept their LGBT neighbors, but not their Muslim ones.

"Some of the many factors playing a role here are of course that coming out is voluntary, that the LGBT community has somewhat more control over how much of their identity people see... and also that laws create norms — so for example, when you legalize gay marriage, that goes a long way for creating acceptance," Steffens told DW.

She added that "there is the perception for some that Islam threatens the liberal social order," and that people may feel "they hold 'more different' values to German culture than the LGBT community does."

"It's also important to remember what societal milieu we're talking about. People who agree to participate in studies tend to be more educated and cosmopolitan."

Germany's Interior Ministry says that at least 950 hate crimes were committed against Muslims or mosques in the country in 2017, a newspaper has reported. Thirty-three people were injured in attacks. (03.03.2018)

The 21-year-old Syrian, motivated by homophobia, has received the maximum sentence possible after a fatal attack on a gay couple in Dresden.

'You can count on us': German footballers join campaign to support gay colleagues 17.02.2021