A new study has found that the Ruhr Valley, once a pillar of integration, is witnessing a growth of intolerance. Researchers found a startling correlation between increased mistrust and the success of the far-right AfD. 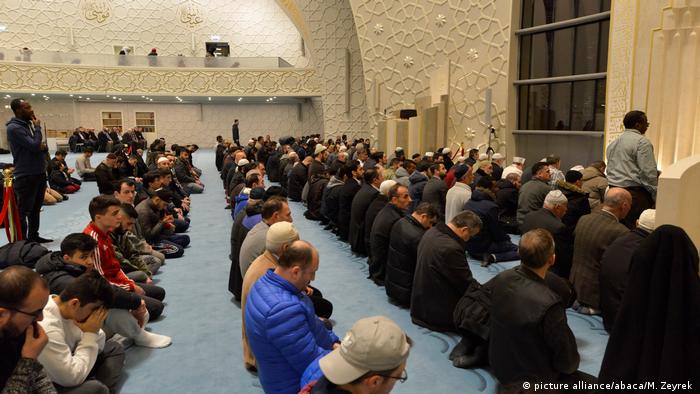 The Ruhr Valley, commonly called Germany's rust belt or melting pot, has relied on its immigrant communities more than any other part of the country. Migrants looking for work in the rapidly-expanding coal and steel industries flocked to the area during the industrial revolution. After World War II, the dearth of workers for the collieries and foundries led to the arrival of tens of thousands of "guest workers" from Italy, Spain, Greece and, most notably, Turkey.

Yet this densely populated region has seen a startling increase in Islamophobia and mistrust between communities in just the past two years, according a new report published Thursday by the Brost Foundation.

One prime example of this physical and psychological segregation can be seen in the struggling city of Duisburg, which is cut in half by the A40 highway. The southern part of the city is clean and well-maintained, home to an upscale pedestrian shopping district and all of the city's cultural attractions. The northern half is dirty and derelict, poorly connected to public transport, filled with empty shopfronts and men spending their days on street corners smoking.

"We're used as some sort of symbol for criminality because we don't look like the rest of Germany," said Gamze, a young shop clerk fed up with her neighborhood being labeled a "no-go zone."

But the mistrust is widespread, both north and south of the A40. For Gamze, it was the Romanians and Bulgarians who brought danger to her community. For some Romanians, it was the Syrian refugees. And for one elderly ethnic German man, "this all began with the damn Americans."

The number of respondents who believed that Germans had to work just as hard at integration as new arrivals also dropped significantly, from 33 percent to 18 percent.

Additionally, 49 percent of residents believe that living together "between ethnic Germans and Muslims," is "somewhat difficult," compared to just 40 who view the situation as "uncomplicated."

The study accounted for the drastic changes on two fronts – the refugee crisis that began in earnest in the summer of 2015, and the rise of the far-right Alternative for Germany (AfD) in the Ruhr Valley.

"An extremely negative, hate-filled view of Islam was prevalent among supporters of the AfD," the authors wrote. Indeed, 80 percent of party followers believed that living together with Muslims was "difficult."

For the right-wing populists, the Ruhr Valley has been a major success story. In federal elections last September, the nationalists received strong support from Ruhr voters with 17 percent of the vote, and sent the center-left Social Democrats (SPD), who have long been the strongest party in the region, to a historical low of only 20 percent.

But there are other societal factors playing a role in the fractured relationship.

"Children in the Ruhr Valley have a higher risk than most for poor education," the study found, "and for being segregated" into ethnic communities than most German youth.

The report's authors said, however, that there was not only reason to despair of integration as a failed project. Eighty-six percent of Ruhr Valley residents said that they believed integration was helpful to everyone, and 57 percent said they saw new Muslims "as friends or colleagues."

"Islam belongs in Germany. I said that as a patriot," wrote former German president Christian Wulff in his foreword, referring to a statement he made as head of state that sparked heated debate.

The study suggests one major change federal government could undertake in order to stop the rising tide of intolerance. First: dual citizenship. A lack of a German passport has kept many immigrant communities from voting and desegregating, a permanent barrier to feeling at home and participating in the democracy in which they live, some of them for nearly all their lives.

Citing a lack of trust in media coverage, AfD parliamentarians have gone to Syria to assess the security situation for themselves. The party has been pushing to declare Syria a safe country and send back Syrian refugees. (06.03.2018)