At the risk of being labeled a catastrophe tourist, the German president has visited Marxloh, an area synonymous with crime and unemployment. But does it really deserve that reputation? DW's Elizabeth Schumacher reports. 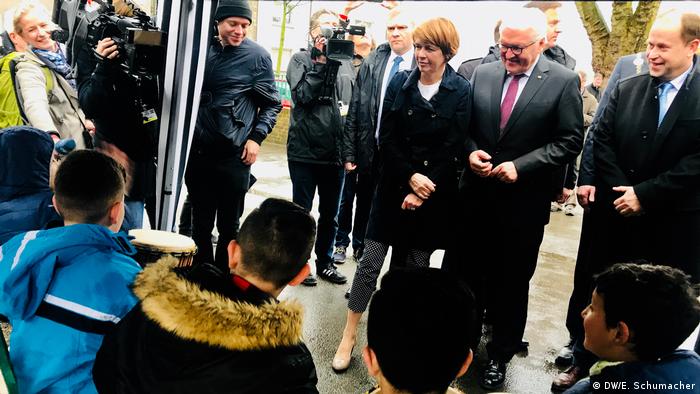 President Steinmeier visits students at a Catholic school in Marxloh

By the time President Frank-Walter Steinmeier arrived in Marxloh for his brief visit on Tuesday morning, most of the garbage that typically litters the streets was gone, as were the groups of men who stand around smoking. They'd been pushed to the edges of this infamous Duisburg neighborhood, dubbed a "no-go area" by some German media and politicians. 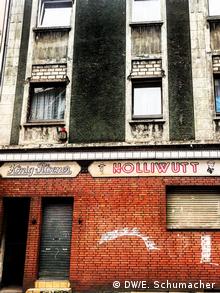 Many buildings in Marxloh bear the signs of economic decline

Being shuffled around a 100-square-meter part of the neighborhood for less than two hours, Steinmeier cut a bit of an absurd figure.

Not unlike the highly publicized images of US presidential hopeful Hillary Clinton riding the New York City subway, it came across as an empty PR gambit – even if Steinmeier does leave the impression that he truly cares about helping such communities to help themselves.

"I wanted to see for myself the challenges this community is facing," Steinmeier said, responding to criticism that he was a "catastrophe tourist," a critique lobbed at many of Marxloh's visitors, from tabloid journalists to Chancellor Angela Merkel.

He also acknowledged that Marxloh is being used by the media and politicians as a symbol of "many of the country's problems – with migration, with structural change" – a reputation that rankles many residents.

Residents sick of being negative symbol

Ahmed, a 56-year-old taxi driver, said that in the 15 years since he arrived in Marxloh from Algeria, he has never felt unsafe. "Okay, there's a lot of garbage on the ground, but that's the city's fault," he said.

"I don't let my kids go out alone at night, but I think that's the same in a lot of cities," said Gamze, a young woman who works at one of the many bridal shops Marxloh is known for. "I'm sick of being used as a symbol for criminality just because we don't look like other Germans."

Talk: The changing face of the Ruhr region

It's true that Marxloh is dirtier and more derelict than many parts of Germany. It lies, quite literally, in the shadows of disused smokestacks; the region's industrial decline has left its mark. It also has problems with crime "clans" from Lebanon and Eastern Europe.

But Duisburg as a whole saw a 7-percent decrease in crime in 2017 compared to 2016, and its per capita crime rate is lower than that of bigger cities such as Berlin and Frankfurt, as well as some university towns, such as Aachen.

Much has also been made of Marxloh's "foreign" population, and indeed, 64 percent of its 20,000 inhabitants have what is termed a "migration background." Yet many of its residents are second-generation immigrants who were born in Germany. 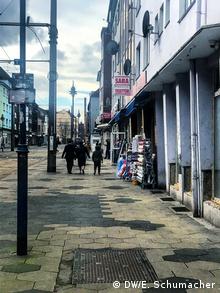 'What Marxloh needs is support'

Despite inflammatory reports about Marxloh being a "problem neighborhood" bearing the brunt of Europe's refugee crisis, visitors who take a closer look also see a very normal neighborhood struggling to cope with the effects of industrial decline, without much help from the corridors of power.

That's why events like Steinmeier's visit are widely greeted with skepticism. "What Marxloh needs is support, and not in the form of PR-friendly visits from top politicians," said Tim Köksalan, a journalist who grew up in Duisburg and has worked extensively in Marxloh.

"That's not to say that everything is terrible here. There are a lot of terrific, successful social projects like the Marxloh Roundtable," Köksalan said. But he stressed that such efforts typically come from the community. He says no one in Marxloh is waiting on the federal government to come to their aid.

Taking the wrecking ball to crime in the Ruhr region

The far-right AfD snagged 13.2 percent of the vote in Duisburg. The former steel town has long been a working class stronghold for the Social Democrats but many residents say frustrated voters felt "forgotten" by Berlin. (25.09.2017)