On the back of the Mesut Özil affair, young Germans with immigrant backgrounds are making their voice heard online. #MeTwo is hoping to be for immigrants and their descendants what #MeToo has been for women. 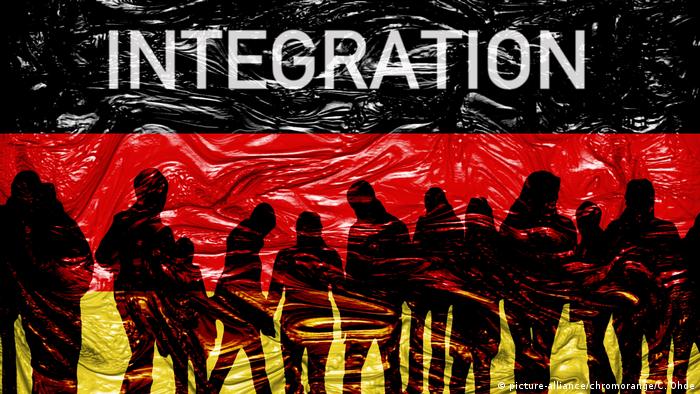 Across Germany on Thursday, social media users began using the hashtag #MeTwo. Not because Germans are misspelling #MeToo, but because for Germans whose ancestors may have come from other countries, it is a tool to share the tales of everyday racism and prejudice they face in a country unused to its status as an immigration destination.

Miriam Davoudvandi, the editor-in-chief of music magazine Splash, used the hashtag to talk about how a teacher tried to put her in a lower-level class at school so she could be with pupils who were "similar" to her culturally:

Movement founder Ali Can shared his experience of constantly being asked "but where are you really from?" after telling people he was from the Münsterland region of western Germany:

Can, an author and activist, told DW that he started the hashtag after soccer superstar Mesut Özil quit Germany's  national team complaining of racist treatment from Reinhard Grindel, the head of the German Soccer Federation.

"But this isn't just about Özil. This is about every German who has migration in their background. Similarly to what he said, we are seen as German when we're successful, but as soon as we make a mistake we're migrants," said 24-year-old Can.

More than 10,000 Germans have already used the hashtag to talk about the prejudice they face for not conforming to the ideal of what is "traditionally German."

The scars of Germany's past have created an atmosphere where brazen intolerance is usually ridiculed out of the dominant discourse. However, German society's discomfort in discussing race leaves little room for people of color to give voice to their experiences with racism and leaves routine bigotry and latent prejudice to become socially acceptable.

Can hopes that his "revolution," against oppressive cultural stereotypes will inspire productive conversations not only in Germany.

"This is for all people who feel their identities have two parts...This is for everyone, in all countries. All immigrants, or descendants of immigrants, should take a stand."

Germany's Foreign Minister Heiko Maas came out in support of the movement, pointing out that racism did not have to come in the form of far-right marches or hateful slogans.

"It could be something flippant said at work, or a scornful gesture on the train," he wrote on Twitter. "Whoever believes that there isn't racism anymore in Germany, I suggest they read all of the #MeTwo tweets."

Police have upped security around several day care centers in Munich after they received letters threatening the lives of students. The letters, some of which included swastikas, targeted Muslim and Jewish children. (20.07.2018)