Racism is socially acceptable in Germany, says lawyer in neo-Nazi trial | Germany | News and in-depth reporting from Berlin and beyond | DW | 10.07.2018

The impending verdict in Germany's notorious NSU murder trial will not end the work of lawyer Mehmet Daimagüler. The son of Turkish immigrants fights racism in Germany, which he says is "socially acceptable."

After a five-year-long trial, a verdict is finally expected in the coming days in Germany's far-right extremist National Socialist Underground (NSU) case, which centers on multiple racially motivated murders committed by the terror group between 2000 and 2007. It will be the end of a long era for Mehmet Daimagüler, who represents several co-plaintiffs, relatives of those who were killed.

Daimagüler is not just a successful lawyer, but also the author of books and newspaper articles that have raised heated debate about racism in Germany. He has personally experienced what it means to be discriminated against and to overcome almost insurmountable obstacles. Born in 1968 in Siegen to Turkish parents, Daimagüler faced an uphill struggle from day one. "We were always treated as foreigners. We did not have German citizenship and only had a temporary residency permit." Whenever his family dealt with German authorities, they were made to feel they did not belong in the country, he recalls.

These experiences shaped Daimagüler, and most likely influenced his decision to fight racism and promote integration. He highlights an odd paradox: "On the one hand, we were always told to integrate, and on the other we were expected to leave the country as soon as possible."

Daimagüler was confronted with racism throughout his childhood. The parents of German kids openly rejected him. His primary school teacher suggested sending him to a special needs school. But despite all this, Daimagüler persevered, going to high school and later even studying at the American Ivy League universities Harvard and Yale.

All this helps understand why Daimagüler later went on to represent several co-plaintiffs at Germany's NSU murder trial — a job that means a lot to him. Daimagüler represents the siblings of Abdurrahim Özüdogru, who was murdered on June 13, 2001 while working in his tailor shop in Nuremberg, as well as the daughter of Ismail Yasar, who was also killed in Nuremberg on June 9, 2005.

Between 2000 and 2007, Germany's neo-Nazi NSU cell murdered eight individuals of Turkish decent, one individual of Greek heritage, and a German police officer. For a long time, German investigators had classified the killings as "migrant-on-migrant crime." Daimgüler, who between 2000 and 2007 worked as an assistant to numerous high-ranking politicians in the Free Democratic Party (FDP), suspected the murders were in fact racially motivated, but he did not speak out.

"As a Turk, talking about racism would have had negative political consequences," he explains. Looking back, he now feels ashamed of having been so cynical, and has apologized to the relatives of murdered NSU victims.

Why did investigators discount a racist motive?

Despite witness reports saying two German-looking men had been spotted at the crime scenes (supposedly NSU killers Uwe Böhnhardt and Uwe Mundlos), German investigators believed the murders had been committed exclusively by foreigners, the lawyer explains. "We need to acknowledge the racism of the Nazis, but we also need to acknowledge that the police were racist for not believing that Turkish individuals could actually be victims," Daimagüler says.

He's also convinced the NSU terror triumvirate Uwe Mundlos, Uwe Böhnhardt and Beate Zschäpe had been part of a wider network that supported their murder spree. He thinks assuming the NSU consisted of only the trio is implausible. The fact that four other suspects are on trial alongside Zschäpe makes that plain, argues Daimagüler. "During the trial 24 witnesses admitted having had direct contact these individuals," he adds. "They supplied the NSU with weapons, money, places to stay and documents." 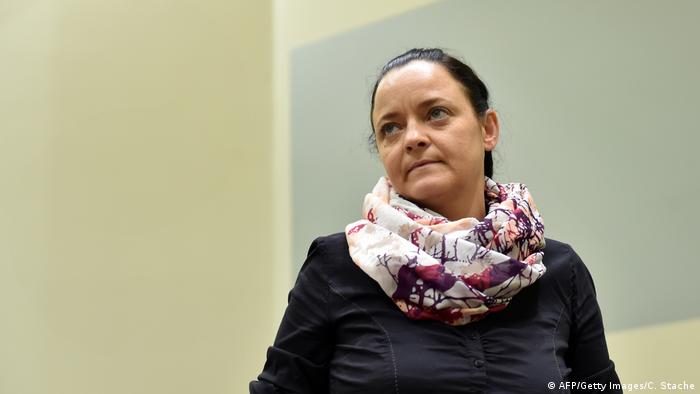 Daimagüler not only wants those responsible for the NSU murders brought to justice; he also fights against forms of everyday racism. In an effort to initiate public debate on the matter, Daimagüler writes books about xenophobia. His first one, published in 2011, caused heated debate. Carrying the subtitle "The Fairy Tale of Failed Integration," it examines the notion of one's homeland and what it means to immigrants, as well as how being marginalized by mainstream society hinders integration.

In 2017 Daimagüler published his latest book, "Outrage is Not Enough! Our State Has Failed. Now it's Our Turn" (Empörung reicht nicht! Unser Staat hat versagt. Jetzt sind wir dran), in which he draws a personal verdict regarding the (still ongoing) NSU trial. He argues that a racist mentality explains the German state's failure to stop the murders. "We are today faced with a socially accepted from of racism," argues 50-year-old Daimagüler. "It assumes that 'our' culture is superior to that of Muslims or Jews." But, Daimagüler argues, nobody is willing to talk about this racism.

He says he is glad the NSU trial is winding down. Over the years, he found himself face-to-face with the main NSU suspect Zschäpe and several other suspects. These years have had a profound impact on him and  have strengthened his resolve to fight all forms of racism, wherever they may manifest themselves.

Beate Zschäpe and two other men were allegedly members of the neo-Nazi NSU cell which murdered minorities and carried out a string of bombings. The case has shocked Germany since it began in 2013. (03.07.2018)

An 11-year-old said he had asthma and was having trouble breathing during the incident, a regional Sinti and Roma group has said. It also accused police of threatening a group of children.