The head of a German parliamentary inquiry into the NSU has said he is "deeply convinced" that the neo-Nazi terror cell that killed 10 people had more than three members. But the investigation has not yet been widened. 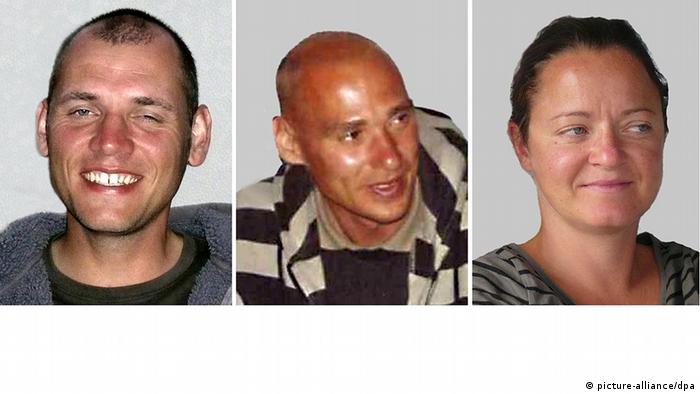 The spate of murders became public five years ago; the trial has been running for more than three, but the prospect of a resolution is still a long way off in the case of the National Socialist Underground (NSU), a neo-Nazi terrorist cell thought to have been responsible for at least ten murders, two bombings, and 15 bank robberies over a period of several years.

Now, the chairman of Germany's second parliamentary inquiry into the staggeringly complex case has said he is convinced that the cell was much bigger than state prosecutors assume, and that authorities were too hasty in assuming that only three people - two of whom are dead - were responsible for all 27 crimes.

"If I look at the facts and the evidence, I am deeply convinced that the NSU did not consist of just three people, and that apart from the helpers and supporters who are being prosecuted for providing apartments, cell phones and weapons, there were also co-perpetrators," the Bundestag's NSU committee chairman Clemens Binninger told the "Frankfurter Rundschau" newspaper. 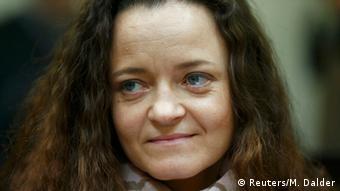 Zschäpe has been on trial for three years

The case became public spectacularly in November 2011, when two alleged NSU members, Uwe Böhnhardt and Uwe Mundlos, shot themselves in a camping van after being cornered by police while making their escape from a bank robbery.

Four days later, Beate Zschäpe, the alleged third member of the group, gave herself up to police in Jena, though only after she had blown up the apartment the trio shared in the eastern German city (All three pictured top).

Zschäpe is now on trial with four other people who are said to have actively supported the NSU but were not actual members. In fact, investigations have identified around 100 people who may have belonged to the NSU's support network (over 20 have admitted it in the Munich trial) - but exactly what they did and what they knew about the crimes remains unclear.

One of the most highly contentious of the NSU's murders was that of Halit Yozgat, the 21-year-old owner of an Internet cafe in Kassel, where he was shot twice in the head in April, 2006. "I have visited this crime scene," he said. "This crime really couldn't be carried out alone. You can't enter [the cafe] without someone telling you: you can go in now. You see too little from the outside. Then in the last NSU apartment they found a sketch of the crime scene. Someone must have drawn that sketch for the perpetrators. That for me suggests more than two perpetrators." 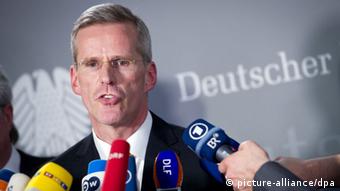 Binninger is convinced that there must have been more NSU members

Mehmet Daimagüler, an attorney representing the families of two of the NSU's victims, says there is plenty of other evidence like this from many of the other crime scenes. "The father and daughter who took delivery of the parcel bomb in Cologne described an individual who fits neither the description of Mundlos or Böhnhardt," he told DW. "I'm surprised that the state prosecutors don't take these witnesses seriously at all."

"We also have witnesses who saw more people at the murder of Ms Kiesewetter [a police officer allegedly killed by the NSU in Heilbronn in 2007] - I think that needs to be investigated more thoroughly," he added.

The Turkish Union in Berlin-Brandenburg (TBB) released a statement in response to Binninger's interview, calling on him to draw the logical conclusions and insist that prosecutors widen their investigation to find the other NSU members.

"It is unacceptable that the chairman of the NSU committee in the Bundestag makes such serious statements and it remains just a newspaper report," the TBB statement read, pointing out that the Munich court had already denied such requests by the relatives of the NSU's victims. "The NSU murders have already broken the trust in the security forces, now at least the judiciary should do everything to investigate all the background circumstances." 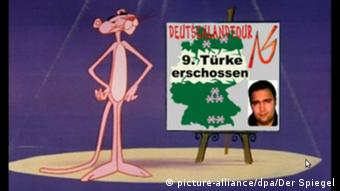 The trial, at which Zschäpe herself has yet to speak, is proving especially complex because so little is known about who actually committed which crime. Although the group made an infamous "Pink Panther" video, in which it admitted to a number of the murders, and though a handgun linked to a number of the murders was found in the ruins of the Jena apartment, there is no DNA or fingerprint evidence directly linking any of the accused to any of the 27 crimes. So far, authorities have only taken DNA samples from 19 of the 100 members of the NSU support network.

"We already have a whole group of people who could be suspected of a crime," said Daimagüler. "And I would like to see a prosecution - and I expect that from the federal prosecutor. We, as co-plaintiffs, will apply pressure, and exhaust all legal possibilities, up to the European Court of Human Rights, but I expect Mr Binninger to apply more pressure in the political sphere, too, because we have seen that the lack of cooperation from the intelligence services has been one of the main obstacles."

In NSU trial no answer to the weapon riddle

Former police informant Tino Brandt was forced to give new testimony in the 'National Socialist Underground' trial. He was implicated by co-defendant Ralf Wohlleben. Marcel Fürstenau reports from Munich. (07.06.2016)

The trial against the NSU right-wing terrorist group began on May 6, 2013. Many are surprised that it is still going on three years later, but, DW's Marcel Fürstenau writes, the court's patience may be rewarded. (06.05.2016)

The NSU neo-Nazi terrorist trial barely makes the headlines anymore. A German TV miniseries on their alleged murders also met with little interest. DW's Sarah Hofmann wonders if Germans even want the case to be solved. (08.04.2016)