In NSU trial no answer to the weapon riddle

Former police informant Tino Brandt was forced to give new testimony in the 'National Socialist Underground' trial. He was implicated by co-defendant Ralf Wohlleben. Marcel Fürstenau reports from Munich. 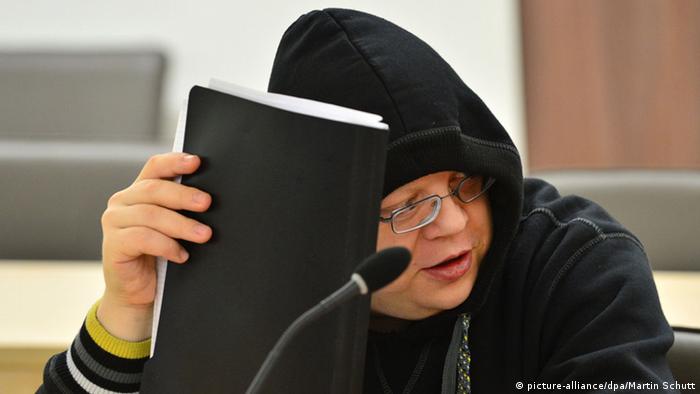 Nine of the "National Socialist Underground's" (NSU) ten victims were murdered with a Ceska 83, 7.65mm Browning pistol. It is likely that authorities will never find out exactly how the weapon got into the hands of accused gunmen Uwe Böhnhardt and Uwe Mundlos. That impression was underlined on Tuesday at Munich's Higher Regional Court. The only witness to testify was Tino Brandt (pictured above), a shady character from the right-wing extremist scene.

The 41-year-old is currently serving a prison sentence in Thuringia for sexually abusing minors. He has already given testimony several times about his connections to the NSU and his activities as an informant for the Federal Office for the Protection of the Constitution, Germany's domestic intelligence service, during the course of the three-year trial. He can thank Ralf Wohlleben for the fact that he was once again ordered to take the stand in Munich. State prosecutors accuse Wohlleben, a former official in the right-wing extremist National Democratic Party of Germany (NPD), of having procured the weapon used in the NSU murders. 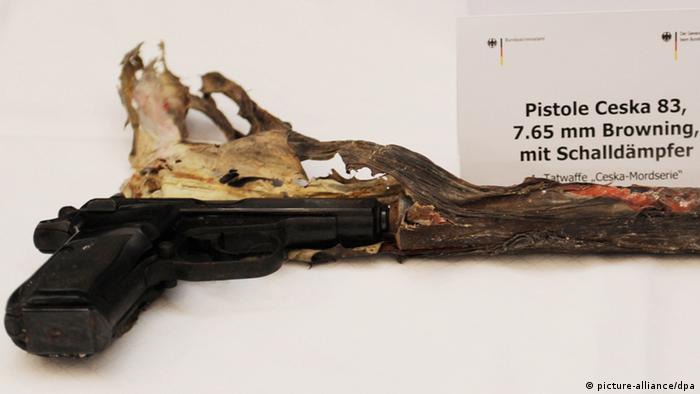 The murder weapon: A Ceska 83, 7.65 mm Browning with silencer

When Wohlleben broke his silence earlier this year, after the main defendant Beate Zschäpe did the same, he mentioned the name Tino Brandt. He is said to have organized cash to purchase the "Ceska." The claim is not implausible. Until his cover was blown in 2001, Brandt had been the most important and well-paid source for the state's intelligence service. And he knew all of the right-wing extremist scene's most important players, among them Carsten S., a neo-Nazi dropout who is himself charged with accessory to murder. He was the first person to testify in the NSU trial, and the only one to immediately admit having given the perpetrators a weapon.

Brandt had a lot of contact with S. during his time as an informant. Intelligence officials had hoped to gain insight into the workings of the right-wing extremist scene through their top source. Among those in the scene were the NSU trio of Böhnhardt, Mundlos and Zschäpe, who went underground in 1998. Brandt claims that he never spoke to the trio, Carsten S., or Wohlleben about a weapon. On the 287th day of the NSU trial Brandt said, "This was never a topic."

Lots of cash for the informant

Brandt testified that he "couldn't remember" having given money to defendant S., but that he could not rule out the possibility. After all, he had received "a lot of cash" from intelligence officials at the time; estimates presume around DM 200,000, the equivalent of some 100,000 euros today and roughly 100,000 dollars at the time. According to Brandt, some of that money went toward financing a youth group that S. was in charge of organizing. Brandt's testimony gave the further impression that is quite possible that cash from the Office for the Protection of the Constitution went toward helping the NSU trio while they were in the underground. Above all, the thought that such money may have also been used to pay for the NSU's murder weapon is hard to take, most of all for victims' families.