In the year since its foundation, Berlin's liberal mosque has established itself and is attracting ever greater interest. But lawyer Seyran Ates, who opened the mosque, lives with ongoing hostility and threats. 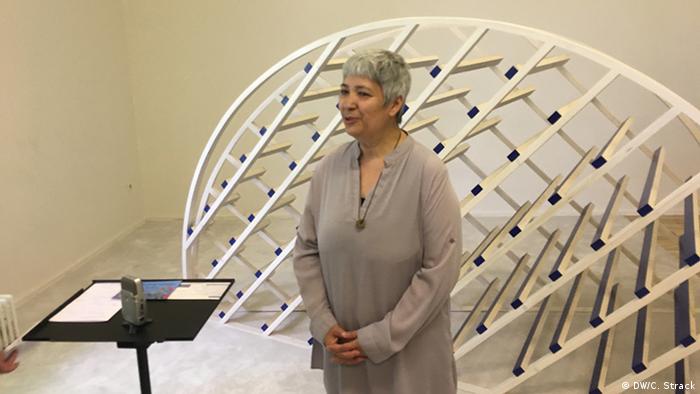 There are 15 chairs in the room. And two men with guns. Bodyguards. This is daily life for Seyran Ates, dailylife in the liberal Ibn Rushd-Goethe Mosque in Berlin. This small Islamic place of worship in Berlin's Moabit district celebrates its first anniversary on Friday. "A great deal has already happened in the past 12 months," says Ates. "There really is a need for a mosque like this."

For her, it's all about "a friendly, spiritual Islam, a contemporary interpretation." This was why she named the mosque after the Arab doctor and philosopher Ibn Rushd, also known as Averroes (1126-1198), and the German polymath Johann Wolfgang von Goethe – two people "who did a great deal that was positive for Islam in their respective times." 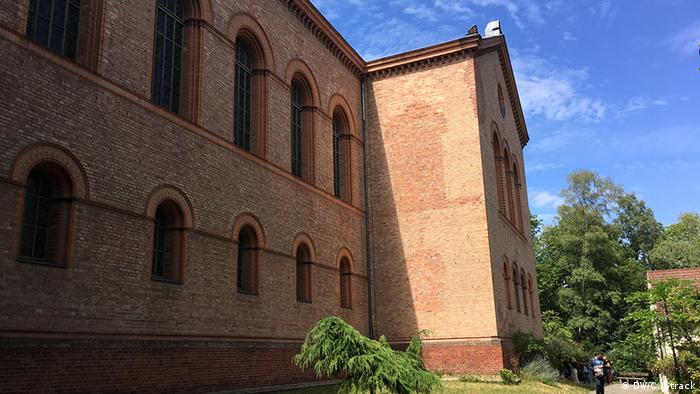 The mosque is hidden in the outbuilding of a Protestant church

'Women and men together'

Seyran Ates is a lawyer, a women's rights activist, and a Muslim. Born in Istanbul, this tough, determined Berliner founded the Ibn Rushd-Goethe mosque in June 2017 in a break with many prevailing ideas about Islam. Here, the Koran is read and interpreted from a modern perspective. Women and men pray together. Women and men who are not imams are also allowed to preach here.

"We don't have a permanent male or female imam. In this situation, the imam is whichever person preaches or calls others to prayer." What about her critics? "They don't want to see any renewal in Islam. They don't accept any contemporary readings of the Koran. They want to stop women and men being equal – praying together in a mosque, for example – and to prevent Muslim women who don't wear a headscarf from identifying as Muslim women."

For many Muslims this is revolutionary – too revolutionary, even. The mosque's location is an indication of just how revolutionary it is – the third floor of a building next to the Protestant Sankt Johannes Church. Nothing else could be found. It's almost superfluous to mention that the building is under surveillance by security guards. The mosque's one-year rental contract has just been extended for another two. 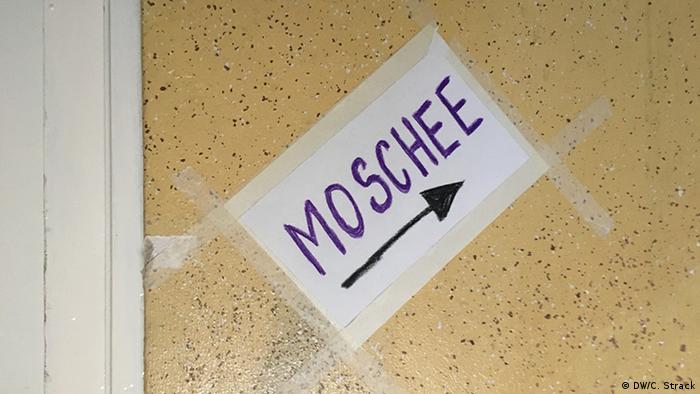 'Moschee' means mosque in German. This sign points the way to the mosque's location on the 3rd floor of the building.

A white-painted wooden construction stands by one of the walls of the prayer room. Ates explains that it shows worshippers the direction of Mecca, and thus the direction they have to face when praying. "I've started a course of Islamic Studies," she says. "It really interests me. That's why I'm currently learning Arabic, because I want to be able to have discussions about individual words, as well."

Ates, who is 55, says the core congregation is around 35 people, but they are all very active and keep the mosque together. There's also a never-ending flood of interest from people around the world who want to visit the building. "We're overwhelmed with enquiries," she says.

The mosque has around 750 visitors each month; these often include groups of children or young people, sometimes even mixed groups of Muslim and Jewish children. They recently employed a new member of staff to offer workshops to schools. And Ates already has another project: setting up a new, liberally oriented Islamic academy. 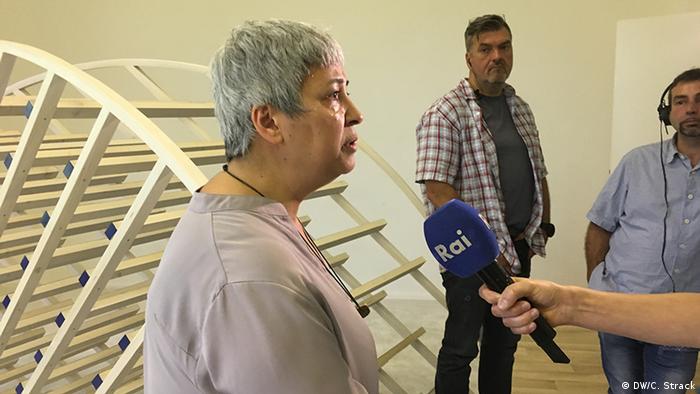 There has been repeated speculation about similar mosques or reform initiatives in other countries. Ates has been traveling a lot in recent months, to Vienna and Freiburg, London and Copenhagen. "People are afraid. When it comes to actually putting it into action, that's when people get afraid," she says. But she is "quite sure" that more liberal mosques will be established. It's certainly obvious that Ates receives a lot of interview requests, including from the foreign media.

Seyran Ates knows first-hand just how dangerous her activism for women's rights and against patriarchal structures is. In 1984, when she was still a student, she worked at an advice center for Turkish women in Germany. As she was talking to one of her clients, a man burst into the room, killed the woman, and shot Ates, too. She sustained life-threatening injuries, but survived.

Ates expresses disappointment in both German government policy and the policy of the municipal government in Berlin, which wants to establish an Islamic Theology course at the Humboldt University (HU). "People are preventing liberal Muslims from being invited to the German Islam Conference and joining the HU's advisory board for Islamic Theology. We've implored politicians to do something about this!" she says.

Instead, she continues, the Berlin Senate again turned to the established Muslim organizations, which put it under pressure. The liberal community remains determined: "We're stirring things up." And they will continue to do so. The mosque will be welcoming the vice-president of the Bundestag, Petra Pau (of the Left Party) and the mayor of Berlin, Michael Müller (SPD) on the occasion of its first anniversary.

Ates also talks about other pressures, such as the Muslim man at the door of the mosque who told her, "In a week's time you'll be gone." Or the five men from another established Berlin mosque who came and demanded that the liberal mosque close down. There have been a lot of personal threats online. This is why Ates has bodyguards; and this is why the highest security level applies whenever she makes a public appearance in Germany.

"Your jobs are definitely safe," she tells one of her bodyguards, laughing. She hopes she will be able to move freely again in 10 or 15 years' time. "That's the sort of timescale I'm thinking along."