Liberal imams in Turkey can find themselves arbitrarily fired if they don't toe the line set by the state religious affairs office. The vague charges against them leave those accused with little recourse. 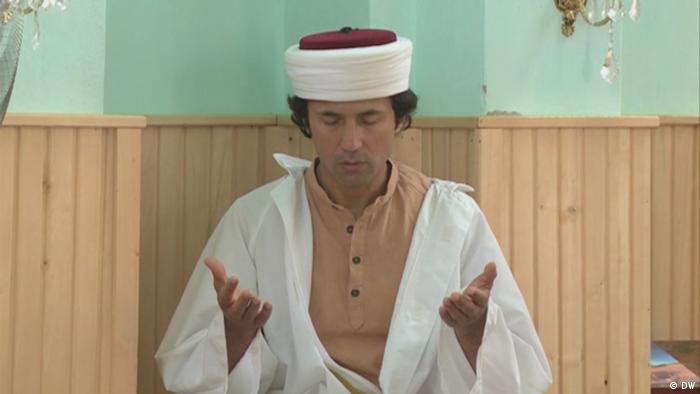 Turkey's directorate for religious affairs, Diyanet, keeps watch over its imams — the religious scholars whose work is mostly that of leading prayers in mosques.

Diyanet provides its imams at 90,000 mosques with guidelines that govern morals, prayer, and the teaching of the faith. Violations are punished harshly — most of the time, the imam is discharged immediately.

The body, which also organizes Islamic religion courses for children, declined to comment on the exact number of dismissals, but the fate of certain individual imams who spoke to DW shone a light on the severity of the problem. Overall, Diyanet employs about 117,000 people, though not all of them are imams.

Abdullah, a 35-year-old imam, opposed a mufti who issued an Islamic legal decree, known as a fatwa, stating that women could not enter a supermarket unaccompanied by men. "I saw it differently," Abdullah said.

After disagreeing with the fatwa, he said his Facebook profile was searched and turned up an entry in which he permitted women wearing nail polish to pray and perform religious ablutions.

What about freedom of speech?

"Then everything happened very quickly," Abdullah told DW. "Right after that, the investigations were underway." After six years in office, the authority dismissed Abdullah without notice. "A breach of guidelines" was the only reason he received.

"In my statement, I invoked freedom of speech," he said. "I was just doing my job, and that is getting people to use their own minds. I thought there was freedom of expression in this country."

Ahmet Muhsin Tuzer, known to many as the "rock imam," was dismissed nine months ago, again for a "breach of guidelines" when he formed a rock band in the Mediterranean seaside town of Kas.

"Immediately after its founding, Diyanet started hassling the band, they sent the investigators to our shows, and turned my entire life upside-down," he said.

The accusations were soon to follow: Tuzer put on concerts without the proper permission and earned significant additional income. He would have submitted his bank statements to them, but that, he said, wouldn't have changed anything.

However, he said even before his music shows he had fallen out of favor with his superiors by saying, "The inventor of the light bulb, Thomas Alva Edison, certainly went to heaven."

Local higher-ups did not approve of the statement because the US inventor born in 1847 was a Christina.

Tuzer called the turn of events a "disgrace to democracy and freedom."

In the southeastern Anatolian city of Sirnak, the 46-year-old S.T. was sacked after 25 years serving as an imam because he was a member of a trade union.

In the summer of 2015, militias from the outlawed Kurdistan Workers' Party (PKK) occupied several municipalities, and Ankara retaliated with military operations in Kurdish territories.

The workers' union in question was accused of having ties to the PKK groups at the time. S.T. said he was suspended by emergency decree along with nine other trade unionists.

Another case is that of Zekeriya Bilada, an imam in the town of Nevsehir. He received an invitation from the ultranationalist Good Party (Iyi Party) to lead a prayer for the party shortly before the local elections on March 31. 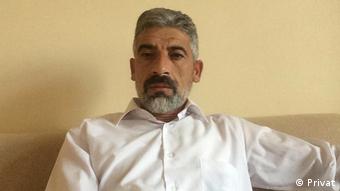 It turned out to be a fateful prayer: A mufti, close to Turkish President Recep Tayyip Erdogan's Justice and Development Party (AKP) party, intervened then called to inform Bilada that another imam would replace him.

They accused the 21-year-old of praying for a FETO supporter, referring to the chairman of the Iyi Parti, Meral Aksener. FETO is the name given by the government to the Gulen movement that allegedly participated in the 2016 coup attempt.

The Islamic lawmaker referred to Article 25 of the law on religious affairs stating, "Religious personnel may neither praise nor criticize the attitude and opinion of the parties."

Diyanet as a political instrument?

However, Bilada said almost all Turkish imams made political statements during the local elections and added that those who prayed for the AKP candidate Binali Yildirim are still in office.

Turkish opposition members criticized that the presidential office for religious affairs is increasingly acting on political motivations. The widely shared accusation is that the authority acts in the interests of the conservative Islamic AKP government.

This favoritism would be hugely problematic because secularism — the separation of state and religion — has been one of the key principles of Turkish society since its founding in 1923.

The father of the modern Turkish republic, Mustafa Kemal Ataturk viewed the separation of state and religion as one of "six pillars of the Turkish state."

Most people in Turkey still hold a belief in the principle of laicism.

DW changed the names of some people quoted in this article who feared repercussions for criticizing Diyanet or the government.

Criticism from within the Islamic world has been constant since the first service was held at a new liberal mosque in Berlin. The federal government has come to the defense of the woman who started the initiative. (25.06.2017)