Criticism from within the Islamic world has been constant since the first service was held at a new liberal mosque in Berlin. The federal government has come to the defense of the woman who started the initiative. 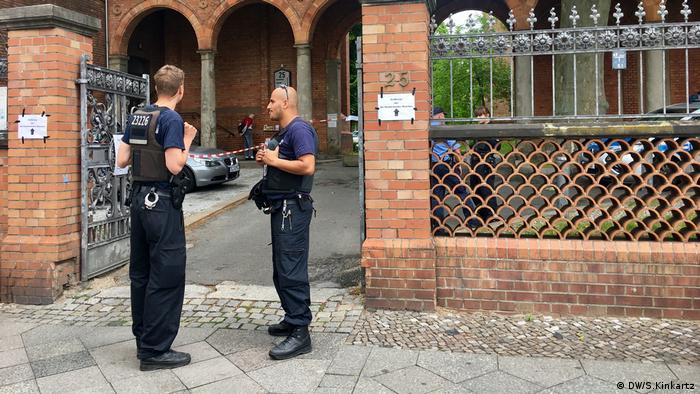 Men and women pray side-by-side, and there's a female imam who doesn't even wear a headscarf. For many in the Islamic world, these things are inconceivable. A new liberal mosque in Berlin has been causing a stir. (22.06.2017)

Everyone is welcome at Berlin's Ibn Rushd-Goethe Mosque

Can Muslim women and men pray together as equals? In Berlin, a liberal mosque housed in a Protestant church just opened. Many people are pleased, but not everyone. DW's Sabine Kinkartz reports. (16.06.2017)

Support has been coming in from high places: With uncharacterisically clear language, the federal government has defended the new, liberal Ibn Rushd-Goethe Mosque against criticism from the Islamic world . In Berlin, Germany's Foreign Ministry, as well as the Interior Ministry, has rejected criticism leveled by the Turkish Religious Affairs Directorate, Diyanet, pointing to protection of religious freedom.

German Interior Ministry spokesman, Tobias Plate, said the issues of religious freedom and the Berlin mosque will be raised with counterparts from Ankara at their next bilateral meeting. Diyanet, a religious authority in Turkey, operates under the aegis of the country's prime minister.

The German government's promise to address the issue brings the debate over the new mosque to the highest political level. One week ago, Berlin attorney and women's rights activist, Seyran Ates, opened the liberal mosque. Situated in Berlin's Moabit neighborhood, it is housed within a local Protestant church and is open to men and women of every sexual orientation.

Ates herself is an imam and chooses not to wear a headscarf while carrying out her duties. That has caused anger in the Islamic world. She said she has been overwhelmed by a flood of hate mail and has also received death threats. Authorities said it remains to be seen if the house of worship will require police protection.

Diyanet has claimed the new mosque is connected to the Gulen Movement operated by exiled Turkish cleric Fethullah Gulen, whom the Turkish government claimed was behind last July's failed coup attempt. 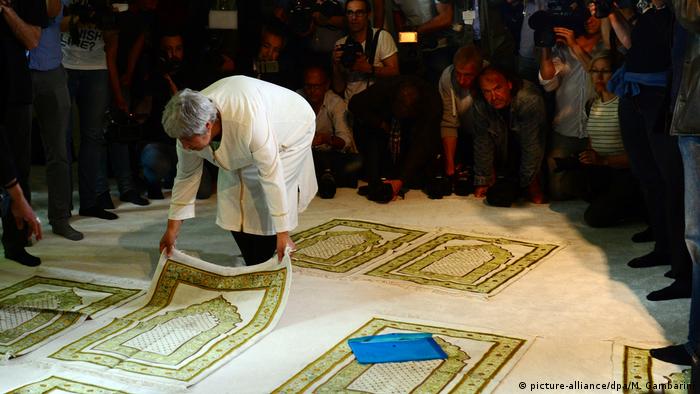 'A threat to social harmony'

"It cannot be ruled out that such statements have the potential to threaten social harmony within German society," he added.

According to media reports, Ankara has been aggressively pursuing and threatening alleged members of the Gulen movement, as well as institutions connected to it, such as schools - even in Germany.

The German Foreign and Interior ministeries emphasized that their own criticism was not only directed at Diyanet, but also at the supreme authority on fatwas in Egypt. That authority sharply criticized the Berlin mosque for violating Islamic religious responsibilities. 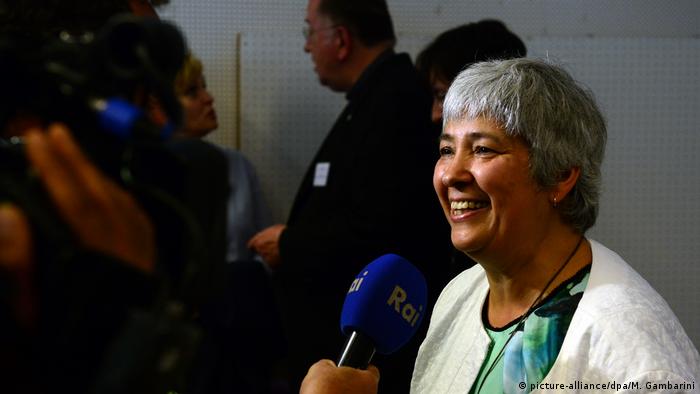 'The state has to protect religious freedom'

Martin Schäfer, spokesman for the German Foreign Ministry, said such statements were, "clearly intended to deny people in Germany the right to exercise their religion and limit their right to freely express their opinion."

He went on to say that the German government summarily rejected any such attempts. "When, where and how people choose to express and live out their religious beliefs is not the government's business. Rather, the opposite is the case: It is our understanding that the state has no authority to interpret religious issues, but instead, has the responsibility to protect freedom of religion, just as it does freedom of speech and freedom of the press."

He went on to remind those present that Turkey is also a signatory of the European Convention on Human Rights, which guarantees religious liberty.

The liberal mosque's opening caused a great stir in Germany and has also received international attention. It is named after one of the most important figures of enlightened Islam, the Arab scholar, physician and philosopher Ibn Rushd (1126-1198), known as Averroes outside the Islamic world, as well as the German poet Johann Wolfgang von Goethe (1749-1832), whose "West-Eastern Divan" is one of the most important German-language books ever written on the exchange of ideas between the Occident and the Orient.

Men and women will pray side by side at the new mosque, and women allowed to preach. The Quran will be interpreted in a "historically critical manner," and organizers say they do not welcome fully veiled women. Seyran Ates started the mosque initiative because she is convinced that the interpretation of Islam must not be left to religious conservatives.