Germany marks Holocaust Memorial Day with an appeal not to forget | Germany | News and in-depth reporting from Berlin and beyond | DW | 28.01.2012

Germany marks Holocaust Memorial Day with an appeal not to forget

Germany marked Holocaust Memorial Day on Friday with a special session of parliament and a call for the nation's citizens never to forget the danger posed by right-wing extremism. 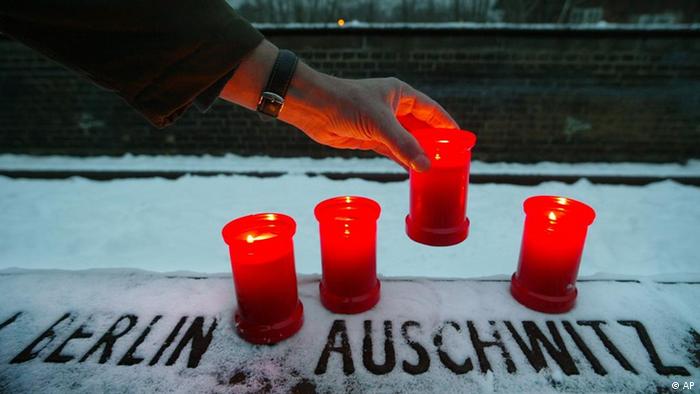 'Auschwitz is wound on the soul of Europe'

The president of the German parliament called on Germans to actively stand up to all forms of right-wing extremism, speaking on the 67th anniversary of the liberation of the Auschwitz concentration camp.

"It is these people who set an example and demonstrate courage," Bundestag President Norbert Lammert said in remarks commemorating International Holocaust Remembrance Day. The Memorial Day falls on the anniversary of the liberation of Auschwitz by Soviet forces on January 27, 1945.

His comments follow a move to set up a parliamentary inquiry into a series of murders of nine foreign immigrants and a policewoman by an underground neo-Nazi gang. This week, a survey conducted in Germany also found that 20 percent of Germans had latent anti-Semitic feelings. "That is 20 percent too many," said Lammert. 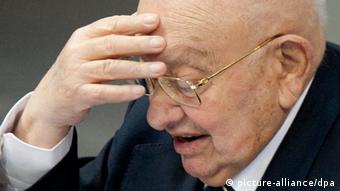 Reich-Ranicki survived the Nazi purge of the Warsaw ghetto

The ceremony was also attended by Chancellor Angela Merkel and President Christian Wulff.

Norway on Friday also offered for the first time a long-delayed apology for the country's complicity in the deportation and deaths of Jews during the Nazi occupation in World War II.

In a moving speech in the Bundestag, the prominent Polish-born German literary critic, Marcel Reich-Ranicki, reminded parliament of the systematic torture and organized mass murder of European Jews launched by Germany under Nazi leader, Adolf Hitler.

Reich-Ranicki, who is 91 and frail, grew up in a Jewish family and later survived the Nazi purge of the Warsaw ghetto.

The Germans set up the Warsaw ghetto in November 1940, cramming hundreds of thousands of Jews into the district under appalling conditions. Most of those who survived that fate soon found themselves confronted with another: the transportation to death camps, like Auschwitz and Treblinka. The Nazis finally burned the Warsaw ghetto to the ground in April 1943.

Prior to his appearance in the Bundestag, Reich-Ranicki told the Jüdische Allgemeine newspaper that he had mixed feelings about his speech.

"I don't know if I can do it, if I am up to the task to talk about the fate of the Jews in the Warsaw ghetto. A day never goes by without thinking about it," he said.

Poland also marked the 67th anniversary of the liberation of Auschwitz with a Catholic Mass for the victims at a church in Oswiecim, the town where the concentration camp was located in Nazi-occupied Poland. Some 30 survivors attended the mass.

City officials paid tribute to the victims by laying wreaths and flowers at the site of the former death camp, which now serves as a memorial and museum.

"Auschwitz is a warning against hate in the private and public sphere, against racism, anti-Semitism and xenophobia," said Polish President Bronislaw Komorowski.

"Auschwitz will remain a wound on the soul of Europe and the world," he said.

A new report has found that one in five Germans harbors anti-Semitic feelings. This puts Germany at about the mid-range among European countries. (23.01.2012)

Germany has marked the 70th anniversary of the Wannsee Conference, where Nazi officials planned the 'Final Solution.' Referring to a recent series of neo-Nazi crimes, President Christian Wulff vowed to fight xenophobia. (20.01.2012)