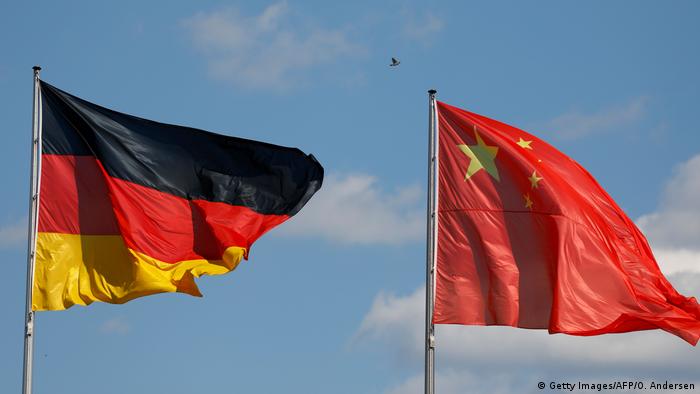 Federal prosecutors in Germany confirmed on Wednesday that they are investigating three people suspected of spying on behalf of China.

Police carried out raids on homes and offices in Berlin and the southern German states of Baden-Württemberg and Bavaria, as well as in Brussels.

A spokesman for the federal prosecutor's office confirmed the investigation "into suspected espionage" to news agency AFP.

Prosecutors did not provide further details on the case, except to say that none of the suspects had been arrested.

Ministry for State Security," according to news magazine Der Spiegel, which first reported on the raids.

The third suspect in the case indicated "a willingness to do so," the magazine reported.

The suspects include two lobbyists as well as a German national who previously worked as a senior EU diplomat, Der Spiegel reported.

The German suspect worked at the European Commission in Brussels and later served as an EU ambassador in several countries. In 2017, the suspect left to begin work at a "well-known lobbying firm" in Germany.

The former diplomat is believed to have started spying for China in 2017 and recruiting the other two suspects, Der Spiegel reported.

If the allegations are confirmed, it would be one of the few cases to bring concrete evidence of China spying against Germany and the EU.

As Germany and others in Europe look to update their digital infrastructure and build up 5G networks, they face increasing pressure from the US to exclude Chinese technology giant Huawei.

A confessed Chinese spy handed over secrets to Australia's counterespionage agency after deciding to defect in May. He provided information on China's plans to disrupt democracy in Hong Kong and Taiwan. (23.11.2019)

A California tour guide has been charged with delivering classified information to China. FBI Director Christopher Wray says the country poses a more serious intelligence threat to the US than any other — even Russia. (01.10.2019)