A confessed Chinese spy handed over secrets to Australia's counterespionage agency after deciding to defect in May. He provided information on China's plans to disrupt democracy in Hong Kong and Taiwan. 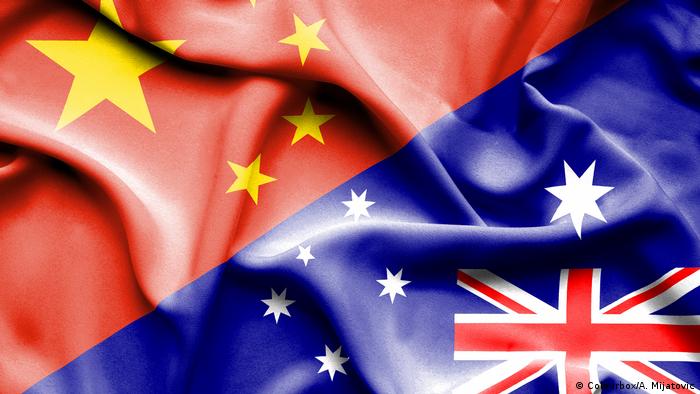 A confessed Chinese spy defected to Australia and handed over a wealth of information about China's secret operations  to Australia's counterespionage agency.

Wang "William" Liqiang handed over information to intelligence officials at Australia's counterespionage agency, ASIO, after deciding to defect in May, according to an investigation published by Nine media newspapers on Saturday.

He claims to have provided information on Beijing's attempts to undermine the Hong Kong democracy movement, as well as on China's interference in the Taiwanese political system.

Liqiang requested asylum in Australia, reported Nine's Sydney Morning Herald. Currently he is in Sydney on a tourist visa, together with his wife and young son.

He fears facing detention and possible execution if he returns to China.

"I have personally been involved and participated in a series of espionage activities," Wang said in a statement to ASIO in October, Nine reported.

"Once I go back I will be dead," said Wang during an interview with Nine.

What espionage activities did Wang carry out?

Initially, Wang was sent to Hong Kong undercover for a Hong Kong investment firm, China Innovation Investment Limited — the business was a front for the Chinese government to spy on Hong Kong's pro-democracy movement.

While in Hong Kong, Wang said he infiltrated universities and directed cyberattacks and harassment towards pro-democracy participants. He also co-opted media through "buying ads to propagate trends."

He later traveled to Taiwan on a South Korean passport and interfered with Taiwan's 2018 municipal elections. He detailed plans to disrupt the island nation's presidential vote, which will be held in 2020.

Wang also said he was part of a team that kidnapped booksellers who were selling books that displeased China's Communist Party.

The revelations follow former ASIO boss Duncan Lewis' warning on Friday that the Chinese government was seeking a "takeover" of Australia's political system.

However, Prime Minister Scott Morrison dismissed such concerns, saying that national intelligence agencies were on top of any threats.

Two Germans have been detained during a police operation against protesters in Tuen Mun, a part of Hong Kong. They are receiving consular assistance. (15.11.2019)

Hong Kong leader Carrie Lam has called on the remaining roughly 100 protesters to surrender. The siege has witnessed the most intense violence since anti-government demonstrations escalated more than five months ago. (19.11.2019)

Sieren's China: Beijing is coy about plans for Hong Kong

There's an apocalyptic feeling in Hong Kong. Dialogue between the city-state's government and the protesters seems further off than ever. DW's Frank Sieren says officials don't seem to have the will to find a compromise. (20.11.2019)