The German and French defense ministers have appeared at an air show in Berlin to present a new European drone and fighter plane project. Previous joint ventures have ended as fiascoes. 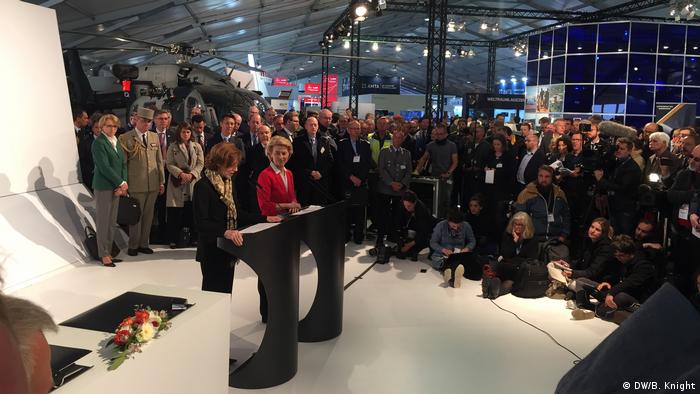 German Defense Minister Ursula von der Leyen appeared at one of Germany's biggest aerospace fairs on Thursday alongside her French counterpart Florence Parly to sign a new military letter of intent between the two countries.

Backed by a line of elderly uniformed men sporting multicolored military decorations, von der Leyen and Parly exchanged signatures and smiles and spoke of the necessity of a "strong Europe" that would be able to protect its citizens.

The formal signing ceremony at the ILA exhibition, which saw the two ministers surrounded by combat helicopters and cruise missiles, was meant to display the ambition of the two countries' military plans.

It is possibly not a coincidence that the signing took place the same week the leaders of the two countries visit Donald Trump in Washington. Chancellor Angela Merkel is likely to face demands from the US president that Germany increase its defense budget to the 2 percent of GDP stipulated by NATO — so the military signalling in Berlin could hardly be more timely. 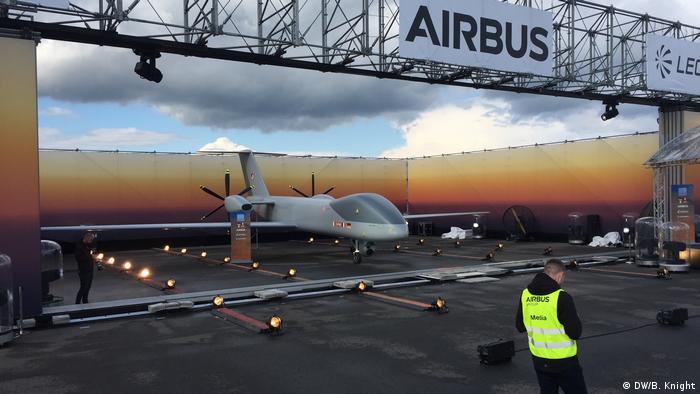 New hardware for the old world

According to the agreement signed by Parly and von der Leyen, Germany and France are planning to develop a new European fighter plane, as well as a new joint maritime patrol and reconnaissance aircraft system, and an air transport system. The two countries are also planning to work together with Italy and Spain to develop a European drone with long-range flight capabilities.

The two ministers appeared for a photo opportunity beside a prototype of this new "Eurodrone," which is in the medium altitude long endurance (MALE) class, and is being built by a Franco-German-Italian alliance of companies: Airbus, Dassault Aviation, and Leonardo.

Given that previous pan-European weapons drone development projects have not gone well — the US-made long-range Eurohawk swallowed over half-a-billion euros of German taxpayers' money before being abandoned — it was unsurprising that one of the two questions the press were allowed at the brief ceremony was about how such fiascoes would be averted this time.

"We made mistakes, and we've learned from our mistakes," von der Leyen responded. "That's why we have decided that for joint projects, the first thing we will do is make sure that we speak with one voice. That means that with every project there will be one lead nation. Second point: Regardless of how many countries take part, there will be one design, one set of requirements — and no national specifications."

She added that Germany and France had conceived the idea, which Italy and Spain then asked to be a part of. 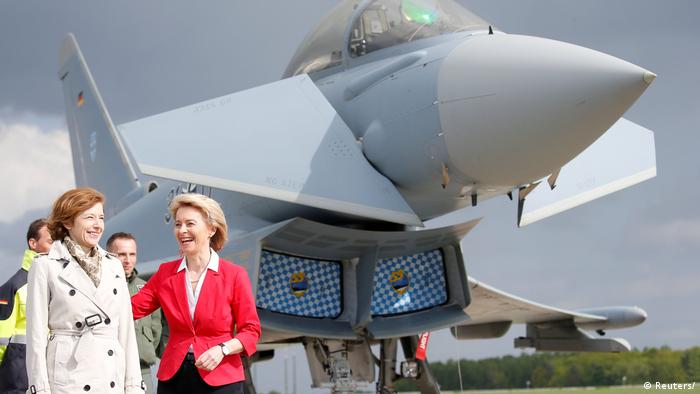 While Germany will act as the lead country for the drone project, the French are taking over the development of the Future Combat Air System (FCAS), a complex project incorporating an "optionally manned" command platform, unmanned components and a new fighter plane that is being tentatively scheduled for takeoff around 2040.

According to the German Defense Ministry factsheet, this plane does not yet have a name, and is only referred to as a Next Generation Weapons System (NGWS). Nor are many other details known about the aircraft, other than that it will carry both air-to-air and air-to-ground missiles.

Von der Leyen is also under pressure at home after months of reports that the German military's hardware is fast becoming obsolete, and that its tanks and planes are in need of repair, and that it may not even be capable of fulfilling its NATO duties in Eastern Europe. On Monday Germany's military, the Bundeswehr, leaked a €450 million ($550 million) "wish list" featuring 18 items that it needed.

Germany's parliament, the Bundestag, must approve all military spending and operations.

France is this year's partner country at the ILA in Berlin, one of the world's biggest aerospace industry trade fairs. Over 1,000 exhibitors showcase their technology at the event. It features hundreds of manufacturers that specialize in military hardware, while the public is entertained with regular air shows.

Many of the companies exhibiting specialize only in weapons, such as MBDA, the Airbus subsidiary that last year sold German-made Taurus cruise missiles to South Korea. The Bundeswehr is the biggest exhibitor at the fair, and it also uses the opportunity to go on a recruitment drive.

As the ILA Berlin Air Show has opened its doors to the general public, visitors are coming to see a larger presence of defense companies than previously. The war in Ukraine is forcing nations to boost their capabilities.