NATO members have increased defense spending in general, but European countries are having difficulties meeting a target of 2 percent of GDP demanded by US President Donald Trump. Germany is a long way off. 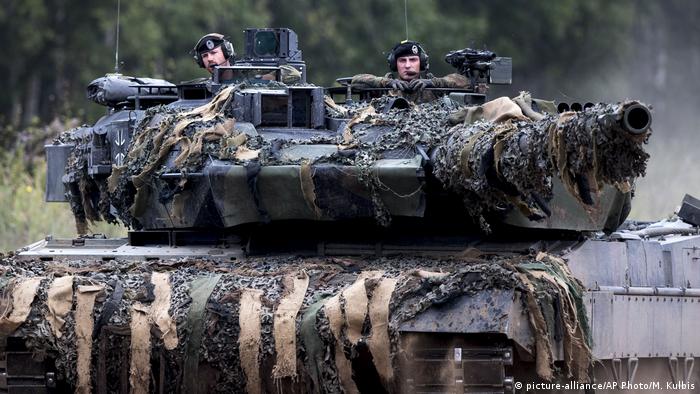 Only three NATO members from the EU are meeting defense spending goals, the military alliance said in its annual report on Thursday.

Only Estonia, Greece and the United Kingdom met the 2 percent of GDP defense spending goal agreed in 2014. NATO members have until 2024 to reach the target.

But there were words of encouragement from NATO Secretary-General Jens Stoltenberg, who noted that "in 2017, European allies and Canada increased defense spending by almost 5 percent."

Despite the current disparity, NATO expects four more countries to meet the target this year: Poland, Romania, Lithuania and Latvia.

US President Donald Trump has lashed out at NATO allies over their failure to meet their commitments.

Stoltenberg said that Germany has stepped up contributions to NATO, for example in its mission in Afghanistan and forward deployed force in Lithuania to counter Russia.

The problem for Germany and other states is that while they have increased spending, the percentage change is minor due to simultaneous economic growth. This means that in order to meet NATO goals, members must significantly increase expenditures for defense.

In addition, 23 EU nations in 2017 committed to a joint defense cooperation, focusing on coordination and investments, that could pave the way towards a European defense union.