Russia is building up "aggressive" military forces and the British army would struggle to match Moscow's capabilities, according to UK army chief Nick Carter. The general has called for more defense spending. 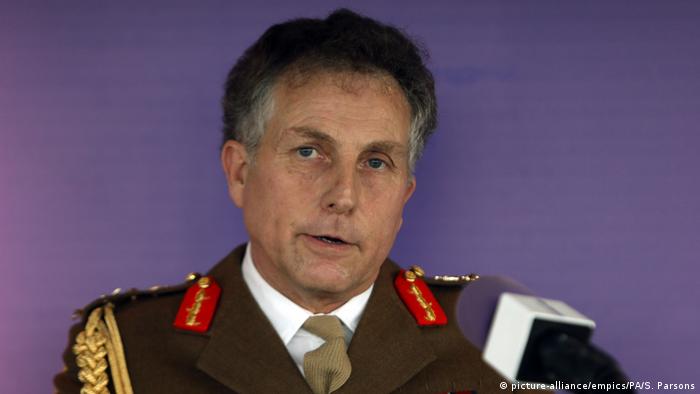 The British army is facing threats on "Europe's doorstep" and the UK needs to step up defense in order to "keep up with our adversaries," UK Chief of the General Staff Nick Carter said in a speech Monday at the Royal United Services Institute (RUSI) in London.

"The threats we face are not thousands of miles away but are now on Europe's doorstep — we have seen how cyber warfare can be both waged on the battlefield and to disrupt normal people's lives - we in the UK are not immune from that," Carter said.

According to the British army chief, Russia is building increasingly aggressive and expeditionary forces, which the British military would struggle to match. He also warned of Russia's long-range missile technology, which he claimed Moscow has demonstrated in Syria.

"The time to address these threats is now — we cannot afford to sit back," Carter said, joining a growing chorus of defense officials calling for more military spending.

"Our ability to preempt or respond to threats will be eroded if we don't keep up with our adversaries."

Read more: Why are stealth submarines so difficult to find?