US approves $2.5b drone sale to Germany

After Germany nixed the disastrous Euro Hawk program, the US has approved the sale of a replacement system. The four drones will allow Germany to survey vast swathes of land from the sky. 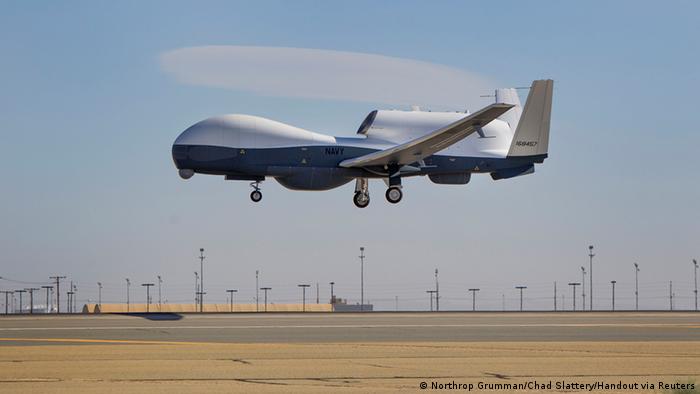 The US State Department approved the sale of $2.5 billion (€2.04 billion) worth of military drones to Germany, it announced on Thursday.

The deal includes four MQ-4C Triton Unmanned Aircraft Systems as well as a mission control station, a main operating base, a forward operating base and other equipment and services.

The drones will be produced by military contractors Northrop Grumman Corp and Airbus Defense and Space.

German daily "Welt" reported the drones will be outfitted with German-made reconnaissance and monitoring technology.

"Germany is one of the major political and economic powers in Europe and NATO and a key partner of the United States in ensuring global peace and stability," the State Department said.

"The proposed sale of the MQ-4C Triton will support legitimate national security requirements and significantly enhance Germany's intelligence, surveillance, and reconnaissance (ISR) capabilities and the overall collective security of the European Union and NATO.

"The proposed sale of the MQ-4C Triton will close a crucial capability gap and will enhance bilateral and NATO interoperability and will help ensure that Germany is able to continue to monitor and deter regional threats."

The Triton systems are being delivered following a bungled 2013 effort to buy "Euro Hawk" drones for similar purposes. That deal was nixed for aviation safety issues.

The drones will likely take to the skies some time in 2025.