Germany will continue providing refuge to Syrian asylum-seekers, the Interior Ministry has said. It refuted earlier reports that some applicants from war-torn Syria could receive lower levels of protection. 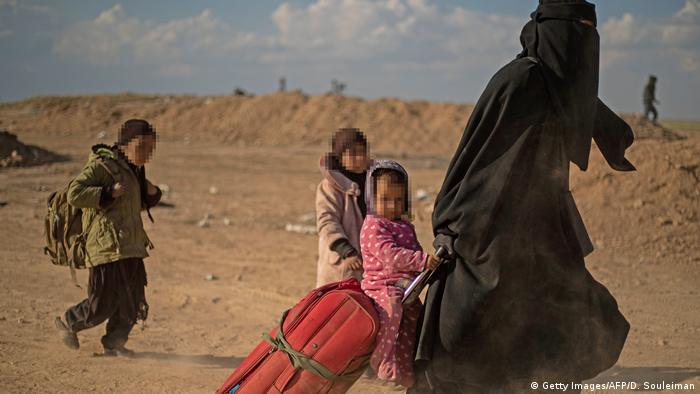 Syrian asylum-seekers in Germany can breathe one sigh of relief as it emerged that the assessment of their applications will not change until the situation in Syria improves.

The Federal Office for Migration and Refugees (BAMF) will maintain current procedures regarding their right to stay in Germany, German Interior Minister Horst Seehofer told the Funke Media Group on Wednesday. "The underlying principles of BAMF's decision-making process and the identification of new developments in the country of origin are unchanged."

However, the situation will continue to be monitored and is subject to future revisions. Seehofer added, "We will keep an eye on the situation in Syria and will react accordingly in the asylum policy."

There had been reports that the Interior Ministry would deny temporary protection to some Syrians based on an assessment suggesting parts of the country as free of conflict. BAMF had reportedly updated its internal guidelines in March and refugee organizations feared newer, more stringent tests could be set in place.

Many Syrians receive subsidiary protection — a form of temporary protection lower than refugee or asylum status for people at risk of serious harm in their home countries. This protection tends to be offered to those in imminent danger in war-torn countries. In 2018, 17,411 Syrians were granted this security and 18,245 applicants were recognized as refugees.

The lack of modifications to the decision-making process comes after news that anti-Semitic and anti-foreigner crime rose in Germany in 2018. Nevertheless, Chancellor Angela Merkel insisted on Tuesday that Germany "must be a country of immigration, as well as of integration."

Four men from Afghanistan and Iran have been sentenced over arbitrary attacks on passersby in the Bavarian town of Amberg. The incident fueled debate on rules for deporting asylum-seekers who commit crimes. (10.05.2019)

Asylum seekers pelted police officers with stones and glass bottles in the Bavarian city of Regensburg as police were trying to extract a dead body. A 31-year-old Nigerian woman had died on the premises. (12.05.2019)