Germany has postponed decisions on asylum for some Syrians. Refugee organizations fear the Interior Ministry will deny temporary protection to some Syrians based on an assessment portraying parts of the country as safe. 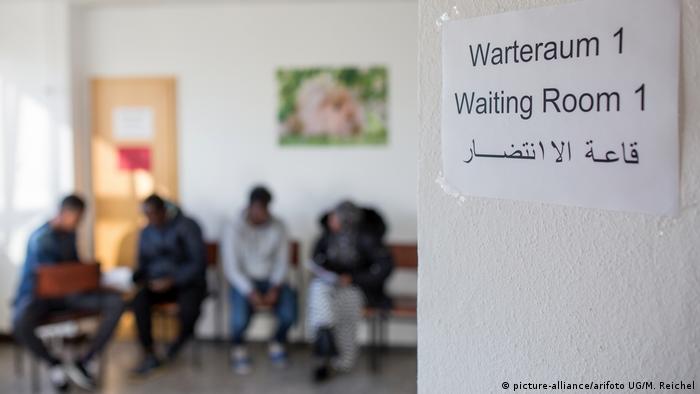 Germany will put off ruling on asylum applications for some Syrians pending an assessment of the security situation in the war-torn country, according to a report on Saturday.

Funke Media Group, citing the Interior Ministry, said for the past several weeks decisions on Syrian asylum procedures have been "postponed" as the ministry evaluates possible changes to internal guidelines.

Refugee organizations have said they are concerned more asylum-seekers from Syria will see their applications denied because the ministry no longer views all of Syria as a war zone.

The policy shift comes as the Interior Ministry pushes a tougher line on asylum-seekers and other migrants. More than a million people, mostly from Syria, have arrived in Germany since 2015, triggering a political backlash and a shift in public sentiment towards migration even as new arrival numbers decline.

According to the report, those affected are Syrians granted subsidiary protection — a temporary standing that falls short of asylum or refugee status. The ministry generally grants subsidiary protection to those in danger in their home country due to ongoing conflict, fear of torture or the death penalty.

In 2018, 17,411 Syrians were granted subsidiary protection and 18,245 applicants were recognized as refugees.

In mid-March, the Federal Office for Migration and Refugees (BAMF) updated internal guidelines to take into account the improved security situation in parts of Syria, where Syrian President Bashar Assad's regime has retaken large swaths of the country from rebel groups and US-backed Kurdish forces have largely defeated the "Islamic State."

However, the Interior Ministry, which BAMF is a part of, has "not yet made a final decision" on the proposed guidelines, Funke quoted the ministry as saying.

"This [decision] should be made soon," an Interior Ministry spokesperson said. In the meantime, BAMF has not applied the new guidelines to asylum decisions.

According to the Interior Ministry, applications are still being decided upon if someone is recognized as a persecuted refugee or asylum-seeker. However, subsidiary protection cases impacted by the proposed new guidelines are being processed but not given a final decision.

Asylum applications are evaluated on an individual basis, based on the applicant's story, language tests and documents provided. However, BAMF officials also make decisions based on internal guidelines assessing the security situation in a person's country of origin.

At the end of 2018, the Foreign Ministry submitted a "situation report" on Syria stating that "there is no comprehensive, long-term and reliable protection for persecuted persons in any part of Syria."

Rights organizations point to numerous reports of killings, torture, arbitrary arrest and forced conscription by the Assad regime, as well as a plethora of armed militias, to show the country is unsafe.

Meanwhile, there remains a ban on deportations to Syria. Refugee groups are concerned that BAMF will increasingly deny Syrians temporary subsidiary protection and instead leave Syrians in limbo with a deportation ban for humanitarian reasons.

It has become increasingly difficult for refugees to make their way from Greece to Central Europe. But in the face of police violence and the risk of arrest, thousands still embark on the dangerous journey. (15.04.2019)

When refugees in Germany are exploited by their fellow countrymen

Most bosses in Germany abide by employment regulations when they take on refugees. But there are exceptions — including some bosses with a similar cultural background. (01.03.2019)