US-backed Kurdish forces say they have liberated the last enclave held by "Islamic State" militants in eastern Syria. But Germany's foreign minister warned the world not to celebrate too soon. 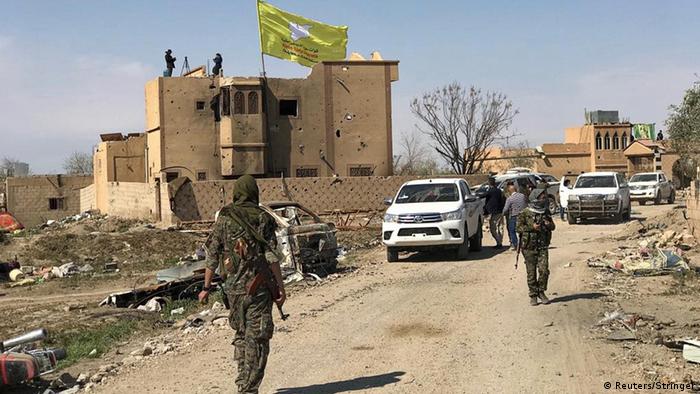 The US-allied Syrian Democratic Forces (SDF) on Saturday declared victory against the "Islamic State" (IS), saying they had flushed the jihadists from their last remaining stronghold in the eastern Syrian village of Baghouz.

The announcement marks the end of the terror group's self-proclaimed caliphate, which at its height in 2014 covered large swathes of Syria and Iraq.

French President Emmanuel Macron said France was safer, but warned that "the fight against terrorist groups must continue."

US President Donald Trump hailed the end of the IS caliphate, but promised that the US would remain "vigilant" in fighting the group. 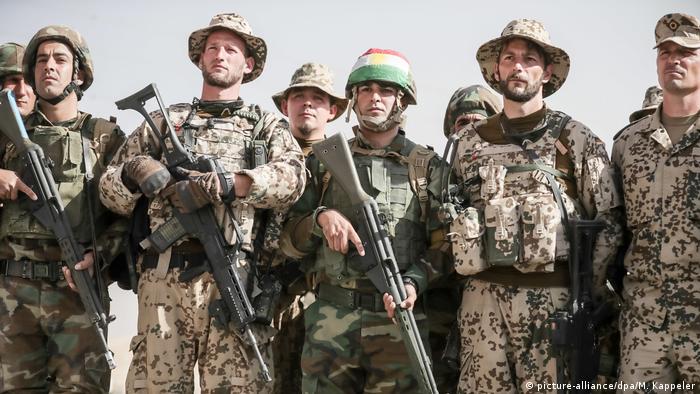 IS still a threat: Despite the loss of territory, IS is still seen as a major security threat, with offshoots in Nigeria, Afghanistan and Yemen, and supporters in Western countries willing to carry out attacks.

Rise and fall: The militants captured Iraq's Fallujah and Mosul and Syria's Raqqa during a lightning advance in 2014. In 2017, they suffered major defeats and were driven to Baghouz.

Where did IS come from? IS began as a faction within al-Qaida in Iraq but split off after the Syrian civil war broke out in 2011.

Brutal caliphate: IS leader Abu Bakr al-Baghdadi declared the caliphate in June 2014. At its height, the group imposed its brutal interpretation of Islamic law on millions of people.

When did the battle begin? SDF forces launched an attack on Baghouz in early March. In recent weeks, tens of thousands of civilians and surrendering fighters fled to escape US-led airstrikes.

What is the SDF? It's a coalition of armed Kurdish groups allied with the US. They captured much of the Syrian territory once held by the extremists, including Raqqa.

US-backed Syrian fighters resume offensive on IS in Baghouz

The last site held by "Islamic State" in Syria is being hit by warplanes and missiles. A few hundred fighters are holed up in Baghouz, but thousands of their followers have fled to overcrowded displacement camps. (11.03.2019)

The US-backed Syrian Democratic Forces have said 32 jihadis were killed in the latest clashes in eastern Syria. Die-hard IS fighters have resorted to suicide bombings in a last-ditch attempt to avoid total defeat. (16.03.2019)