US-backed Syrian fighters resume offensive on IS in Baghouz

The last site held by "Islamic State" in Syria is being hit by warplanes and missiles. A few hundred fighters are holed up in Baghouz, but thousands of their followers have fled to overcrowded displacement camps. 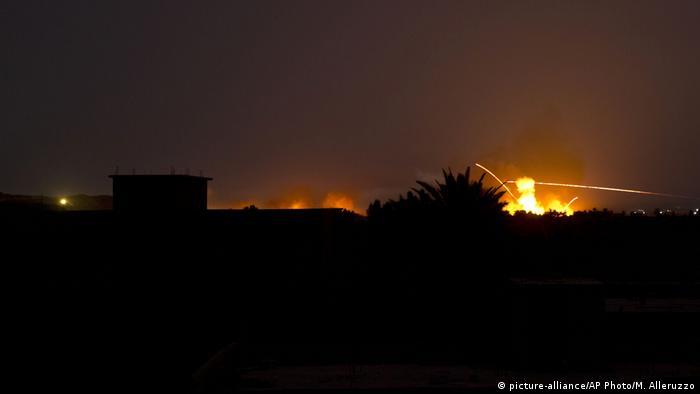 The US-backed Syrian Defense Force began its long-awaited assault on what's been billed as the last bastion of the "Islamic State" (IS) group in Syria.

The offensive was launched around 6 p.m. local time (1600 UTC) on Sunday against IS fighters holed up in the village of Baghouz on the banks of the Euphrates River near the Syria-Iraq border.

After controlling a third of the territory in Iraq and Syria, Baghouz is the last remnant of the "caliphate" declared by IS in 2014. 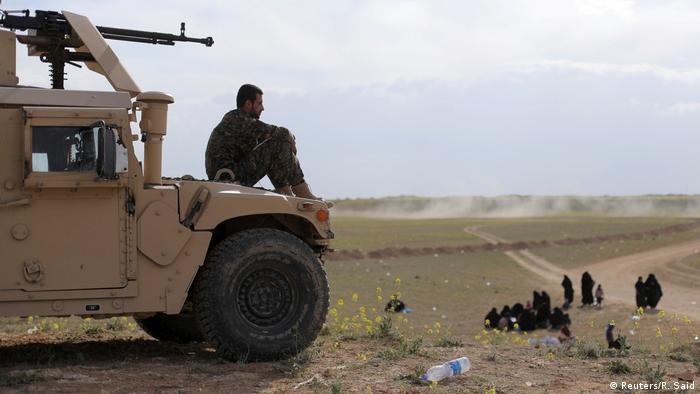 Intense artillery and rocket fire continued into the night Sunday as US-backed fighters in the Kurdish-led Syrian Democratic Forces (SDF) maintained their assault.

Warplanes and drones targeted the village as explosions were heard and fires seen from intense artillery and rocket fire. IS snipers targeted SDF positions.

Mustafa Bali, head of the SDF media office, said on Sunday no civilians or surrendering IS fighters had emerged from Baghouz since Saturday. "The military operations have started," Bali said later in the day. "Our forces are now clashing with the terrorists and the attack started."

"The fighting is direct and intense," Bali said.

Thousands of fighters and families

The SDF waited outside Baghouz for weeks before launching the assault so that civilians could be evacuated. Many are wives and children of IS fighters. There are also their hostages, such as the Yazidi women who have been held hostage for years.

Aid agencies are struggling to cope with the thousands of weak and hungry people who have fled Baghouz. There were far more people in the village, many living in tents, than had been anticipated. 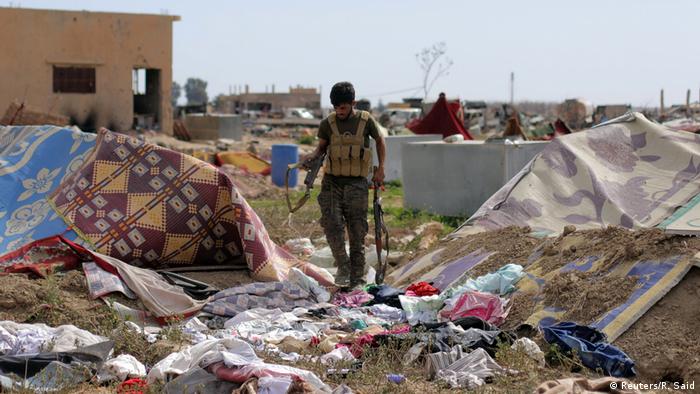 It is not known how many fighters, or civilians, are still in Baghouz. Some estimates suggest 500 fighters and up to 4,000 women and children could still be there.

Since December, nearly 59,000 people have left the IS-held territory, according to the Syrian Observatory for Human Rights. Around a tenth of them are suspected of being jihadi fighters. 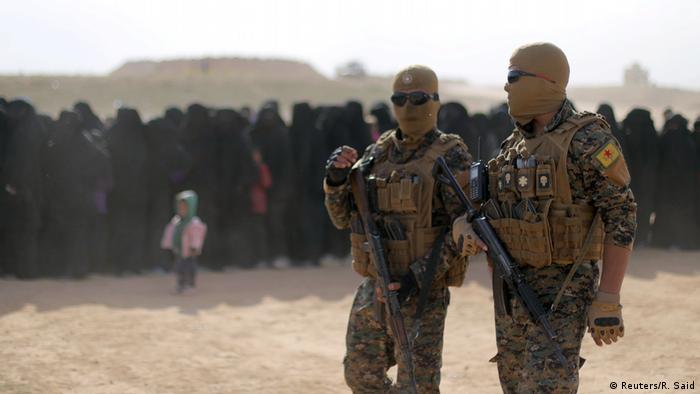 Fighters regroup in the desert

Despite the assault on Baghouz, IS maintains a presence in Syria's vast Badia desert and has claimed a series of deadly attacks in SDF-held territory.

Among the IS fighters detained and civilians placed in displacement camps are a number of foreign nationals.

German-national IS fighters have a fundamental right to return to Germany, a spokesman for the Interior Ministry said last month. An estimated 1,050 German nationals have traveled to Syria and Iraq since 2013. About a third have already returned to Germany, according to authorities.

The US President claims all IS territory in Syria has been retaken. However, the US-backed SDF alliance maintains it will take another week before a complete victory. (01.03.2019)