Opinion: 'Islamic State' may fall, but will not vanish

The "Islamic State" has now almost lost all the territory it once controlled. But assuming this development means the scourge of jihadism will end is premature, writes guest contributor Rainer Hermann. 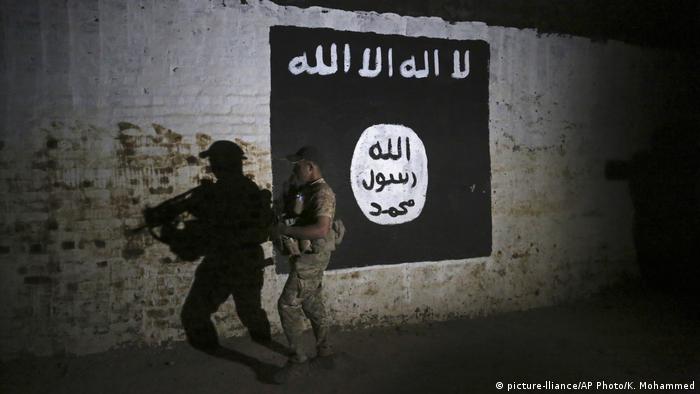 The so-called Islamic State (IS) is nearly defeated, militarily speaking, thanks to the determined efforts of the international community.

However, one should not be fooled into thinking that everything will return to normal once the last IS stronghold is conquered and the last fighter has surrendered. This is merely one step in a larger struggle against jihadi terrorism.

One reason to be cautious is that jihadi Salafism has become the driving ideology behind Islamic terrorism. Which, of course, does not mean every adherent of Salafism who wants to live as ancient Muslims did is automatically a terrorist. Indeed, there are plenty of apolitical Salafists. But there are also those who believe their Muslim utopia can and must be realized through violence.

IS may be on its last legs, but its ideological underpinnings are not. Followers of a militant Salafism could rise up once again. Experts say some 30,000 IS fighters have already gone underground in the past two years.

While some may want to return to regular life in their home countries, other may just be waiting for a fresh opportunity to wage an insurgency, which could present itself when warring parties inadvertently create a military vacuum, or when the US withdraws its troops from Syria. Jihadi fighters would quickly seize such an opportunity, just as they did in 2014.

IS, and the organizations that preceded it, have repeatedly been underestimated. When IS was defeated in 2008, few had any idea how many of its militants had gone underground in Iraq.

Three years later, the organization came back with a vengeance, as its leader had learned from previous mistakes and adapted to the new environment.

It will be no different this time. Then, like now, the militants will resort to typical guerrilla warfare, carrying out terror attacks and sowing fear. And they will attempt to terrorize the West as well. So we must be vigilant.

Read more: Germany to strip 'IS' militants of citizenship

There is only one effective method for combating terrorism: younger generations must enjoy better living conditions, must be given a voice and treated fairly. Otherwise, without a promising future, young people can resort to extremism and terrorism.

Having retaken great swaths of land once under IS control is one step in this direction, as the group can now no longer entice desperate youth to live an "Islamic" life in its so-called caliphate.

The extremists once controlled large parts of Syria and Iraq, but now thousands of them have handed themselves in. Kurdish-led units reported some IS fighters were continuing to resist. (13.03.2019)

'IS' families leave as militants make last stand in Syria

Thousands of evacuees have been pouring out of the small village of Baghouz in Syria, the last remnant of the "Islamic State" (IS) caliphate. Many of the evacuated IS women remained defiant, praising the extremist group. (07.03.2019)

The US President claims all IS territory in Syria has been retaken. However, the US-backed SDF alliance maintains it will take another week before a complete victory. (01.03.2019)

Algeria votes in parliamentary elections amid disillusionment, repression 8h ago

Opinion: US voting rights restrictions are a warning to all democracies 04.06.2021