France is leading a 10-country defense initiative in a bid to "face new threats" outside existing structures. Germany is wary that the project could entangle its military in foreign interventions and undermine the EU. 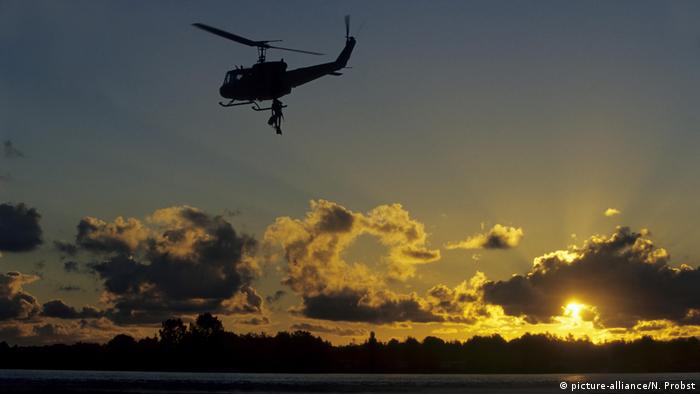 Defense ministers from 10 European countries gathered in Paris on Wednesday to set the agenda for the European Intervention Initiative (EI2), a defense coalition spearheaded by French President Emmanuel Macron.

"To face new threats, Europe needs a strong defense," the French Defense Ministry said in a tweet after the meeting. "With the European Intervention Initiative, 10 European countries are committed to its protection."

EI2's goal is to create a results-based common strategic culture that allows for rapid response joint military operations, including in humanitarian efforts. As such, it is not aimed at establishing a supranational European army.

However, as an initiative outside EU and NATO frameworks, the French Defense Ministry has tried to alleviate concerns that it would undermine defense structures in the bloc and alliance.

"With the European Intervention Initiative, the whole European Union and the European pillar in NATO will also be strengthened," it added.

But France's efforts have done little to placate concerns in Berlin, which Paris sees as a pivotal actor in the initiative.

Claudia Major, senior international security associate at the Berlin-based German Institute for International and Security Affairs (SWP), told DW that German officials are wary because "it's explicitly and deliberately organized and set up outside the European Union's structures."

"For the Germans, making a deliberate attempt to setting up something meaningful outside the EU's structures — and outside NATO — is not seen as a positive move but rather as undermining the EU," Major said.

"In the end, Germany felt pressured to agree and engage in the initiative, because otherwise all the talk about France and Germany being the engine of Europe and the heart of Europe, and driving European integration and cooperation forward, would look cheap, wouldn't it?" 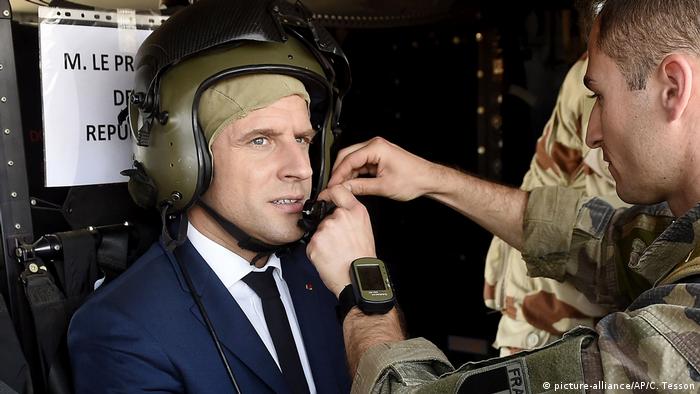 Observers have suggested the initiative poses other challenges for Germany, especially in terms of possible military interventions abroad. Others have even highlighted that the French-led initiative could be used as a means to reinforce Paris' foreign policy objectives.

"Berlin has watered down every French proposal for fear of being drawn into ill-considered military adventures in Africa," Philipp Rotmann, associate director of the Global Public Policy Institute, told DW.

"But I haven't heard any ambitious, practical proposals from Paris, either — so either the French were too timid in the face of German opposition, or they just hoped that everyone would sign up to taking over the French way of when and how to use military force."

Due to Germany's wartime past, the country's armed forces, known as the Bundeswehr, must receive parliamentary approval for military operations on foreign soil. German officials are worried this could be muddied by elements of the initiative.

Bundeswehr sources have also pointed to France's decision to disengage militarily in other areas, including Afghanistan and Kosovo, as a cautionary sign of the initiative's purpose, according to the Reuters news agency.

Change on the horizon

Wednesday's meeting came a day after Macron called for a "real European army" to be established as a means to wean Europe off of US defense guarantees, especially after US President Donald Trump threatened to moderate Washington's commitment to the continent.

"We need a Europe which defends itself better alone, without just depending on the United States," Macron said.

The initiative comprises Germany, the UK, Spain, the Netherlands, Belgium, Denmark, Estonia, Portugal, Finland and France. While dreams of a supranational European military force remain elusive, Macron's vision for a flexible defense coalition may be just around the corner, even with a cautious Germany.

'Europe without Angela Merkel is possible'

Many EU member states did not agree with her refugee policies; others criticized her austerity stance. Brussels now regards Angela Merkel's step-by-step withdrawal as a chance for new beginnings, says DW's Bernd Riegert. (30.10.2018)

The German government wants to extend six military missions, including in Iraq, Afghanistan and Mali. Defense Minister Ursula von der Leyen pushed for more Bundeswehr interventions, but not everyone backs the move. (07.03.2018)