Changing Europe revives interest in an EU military | Europe | News and current affairs from around the continent | DW | 15.02.2018

Early plans for a European army failed in the wake of World War II. EU states have since taken numerous small steps to integrate their armed forces, bringing the idea of a Europe-wide military ever closer to reality. 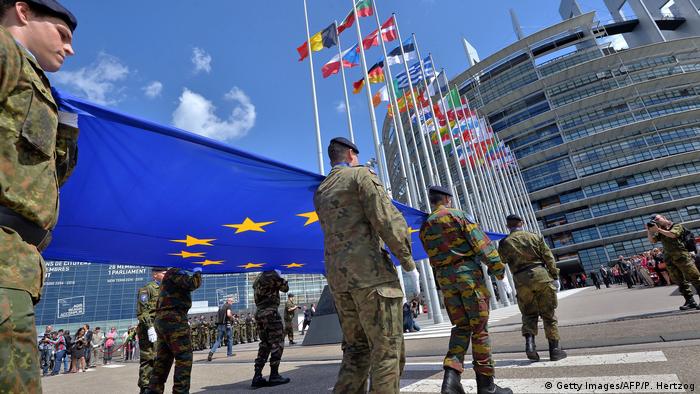 Military treaties for a joint European army were signed just a few years after the end of the Second World War. A defense cooperation pact laid out the details, from acquiring new uniforms to implementing a clear command structure. France, Germany, Italy, Belgium, the Netherlands and Luxembourg would supply the European Army with soldiers. A European commissioner's office made up of nine representatives would send the troops to the front line, but officials would be monitored by a European assembly of MEPs from participating states.

The lower level military units would operate on a purely national level, while officers from several participating states would be expected to serve as leaders. The military project — probably the most ambitious in Europe's post-war history — cleared numerous hurdles, only to be stopped by opposition in France's parliament in 1954.

After the end of the European Defense Community (EDC) in 1954, plans for a European army were put on the back burner for decades, until recent events revived the idea. US President Donald Trump's lack of interest in Europe, the increased threat posed by Russia and the UK's looming withdrawal from the EU have given the military project new impetus. 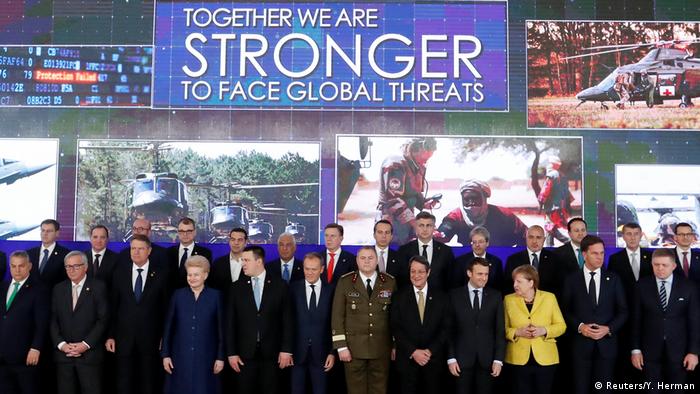 The first major step was late last year, when 25 EU member states agreed to the Permanent Structured Cooperation (PESCO) on the integration of national militaries into an EU force. This cooperation strives for joint armaments projects and a closer cooperation between the armed forces themselves. Going by the wishes of EU defense ministers, PESCO could set the groundwork for a European military. At the same time, the willingness to cooperate is on the rise at the bilateral level.

Founded in 1989, the Franco-German Brigade is the only bi-national military organization in the world. Its roughly 6,000 soldiers are stationed in four locations in Germany and three in France. Jägerbataillon 291 (291st Light Infantry Battalion) in Alsace is the only combat unit of Germany's military, the Bundeswehr, permanently stationed outside the country. Soldiers of both nations serve together, but only in the supply and support company and on command levels — all other units are divided by nation. 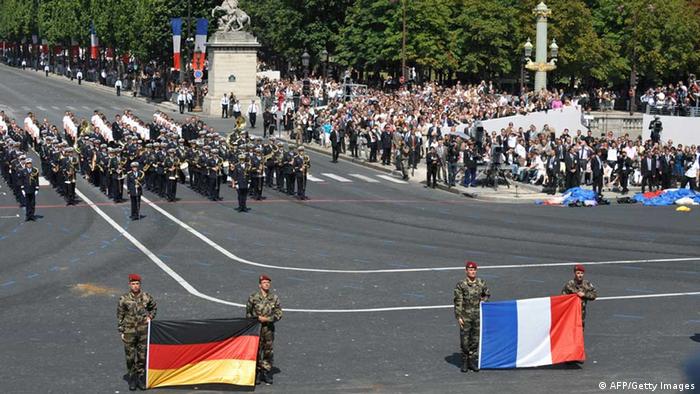 Launched in 1989, the Franco-German Brigade is considered an early example of European defense integration

In 1995, only a few years after the Franco-German Brigade was founded, Germany and the Netherlands established the German/Netherlands Corps, which commands a Dutch and German division of just over 40,000 soldiers.

At the beginning, only leadership positions were filled by soldiers from both countries, but now Germany and the Netherlands are linking the units of both armed forces further down the chain of command. Germany's Panzerbataillon 414 (414th Tank Battalion) was attached to the Dutch 43rd Mechanized Brigade in 2016. The German battalion also includes a Dutch company of 100 soldiers who are trained to work with German tanks.

This is the first time that German and Dutch units have integrated forces from the company to the divisional level, similar to the kind of integration envisioned by ECG planners in 1950s. German Defense Minister Ursula von der Leyen called it a "prime example of how to build a European defense union." 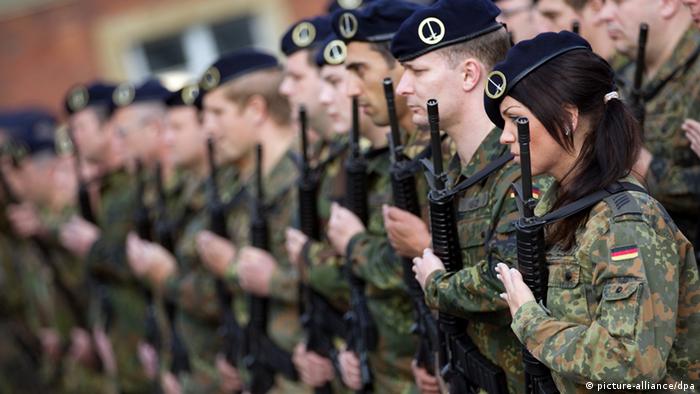 The cooperation took a further step forward at the start of 2014, when the 11th Airmobile Brigade of the Netherlands was attached to the Division Schnelle Kräfte (German Rapid Forces Division), giving Dutch and German rapid and light infrantry the chance to work side by side.

The motivation for increased military integration extends beyond strengthening political ties. EU countries want to save costs and share access to military capabilities other states may lack.

This year marks the beginning of the integration of the entire German Seebataillon (Naval Forces Protection Battalion) — consisting of some 800 troops — into the Dutch Navy, as agreed in 2016. The Dutch support ship HNLMS Karel Doorman, which is used for amphibious operations, is part of this cooperation. The Dutch Navy had been running the vessel with a reduced crew due to budget constraints, and Germany provided a partner to help operate it.

Regardless of the motivations, EU countries are increasingly recognizing the need to accelerate closer military cooperation within the bloc. This not only applies to smaller nations like the Netherlands, but also to EU heavyweights like France and Germany. 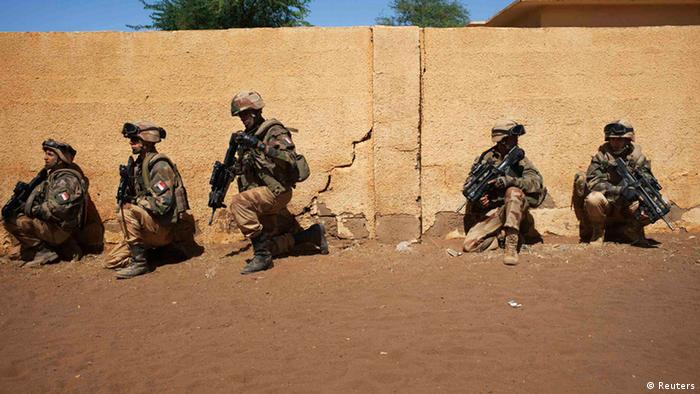 During France's Mali intervention in 2013, military leaders in Paris were shocked to discover that the country lacked the resources to run such extensive combat operations on its own for long periods of time. French military partners had to help with transport and reconnaissance missions shortly after the operation was launched.

Meanwhile Germany is noticing just how much the cost-cutting measures of recent decades have restricted the operational capability of its armed forces. Last year it was reported that Germany's navy had no submarines at the ready, because they were either undergoing maintenance or had been dry docked, forcing crews to train on shore. The country's military, the third-largest in the EU, is not expected to have an operational submarine at its disposal again until mid-2018 at the earliest.