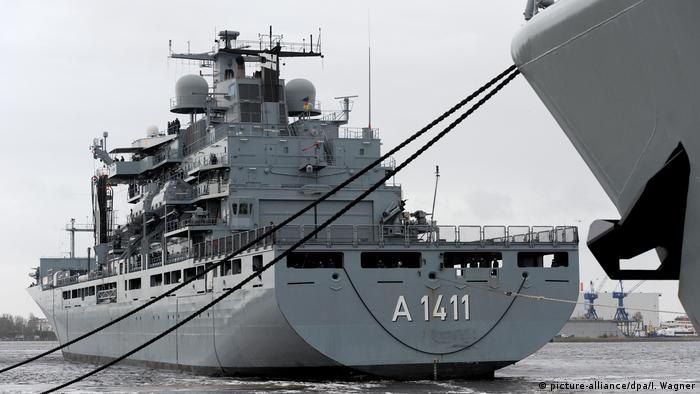 Germany must think twice before agreeing to any new maritime missions with NATO, the European Union or the United Nations, according to the parliamentary commissioner for the armed forces, Hans-Peter Bartels.

In an interview published in the Sunday tabloid Bild am Sonntag, Bartels blamed bureaucracy and mismanagement for a lack of available frigates.

"The navy will soon run out of operational ships," the Social Democrat (SPD) politician told the paper.

Bertels said a shortage of spare parts for German navy vessels would likely lead to longer repair stays in shipyards.

"There are too many administrative responsibilities, a lack of staff, and sometimes [ship repair] companies like to cling as long as possible to a given order," he warned.

Bild am Sonntag reported that one of the three largest ships in the German navy, the combat support vessel "EGV Berlin," along with the supply ship "EGV Bonn," was expected to be out of action for much longer than initially anticipated. 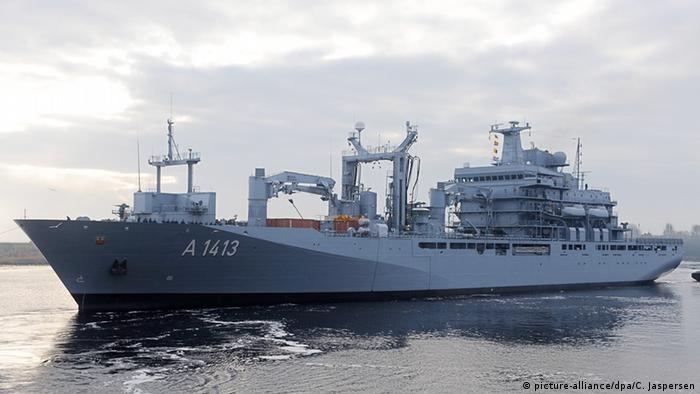 Two navy ships, the EGV Berlin and Bonn, remain out of action due to delays in their repair schedule

According to an internal navy report, the two vessels' 18-month overhaul at a shipyard in Hamburg, which began last year, is being delayed due to a lack of spare parts.

Bartels said the "retirement" of old German navy frigates was going according to plan, but was being hampered by delays in rolling out their replacements.

"Six out of 15 old frigates have been retired from service, but none of the new F125 frigates has been released to the navy," he said.

Among its many missions, the German navy has been patrolling the Mediterranean crossing from northern Africa into Europe since May 2015 as part of an EU operation dubbed "Sophia." The mission is due to run until the end of 2018.

Vessels have also been deployed for similar responsibilities with NATO's Standing Maritime Group 2 in the Aegean Sea.

With a fleet of nearly 100 vessels, the German navy plays a key role in supporting NATO and UN missions around the world.