Germany at a crossroads after Bavarian poll debacle | Germany | News and in-depth reporting from Berlin and beyond | DW | 15.10.2018

Germany at a crossroads after Bavarian poll debacle

The drubbing of the mainstream parties in Bavaria's election didn't come as a surprise. But the outcome could have serious repercussions for Germany's political landscape.

The collective hangover that many Christian Social Union (CSU) voters and politicians are nursing on Monday won't be the result of imbibing too many beers at the Oktoberfest which ended a week ago — although some may be wishing that they could drown their sorrows.

Angela Merkel, the embattled chancellor and leader of the CSU's sister party, the Christian Democrats, said on Monday that it was her job to regain voters' trust in government. "My lesson from this is that I, as chancellor, must make sure that trust is won back. I will work on that with as much vigour as I can."

In the immediate aftermath, Horst Seehofer, the leader of the CSU and federal interior minister, said he would "continue to take responsibility." However, that does not, for the time being, appear to include stepping down as party leader. Leading CSU politicians are calling on State Premier Markus Söder to take over as leader of the party. However, given his poor handling of the election and low popularity rates, it's hard to see how that would make any difference.

Meanwhile, Andrea Nahles, leader of the Social Democrats (SPD), who won only 9.7. percent of the vote, conceded a "bad result for the SPD ... and for all mainstream parties" that she attributed in part to "the bad performance of the grand coalition in Berlin," a reference to the bitter infighting among the coalition parties, mostly over immigration policies, over the last six months. 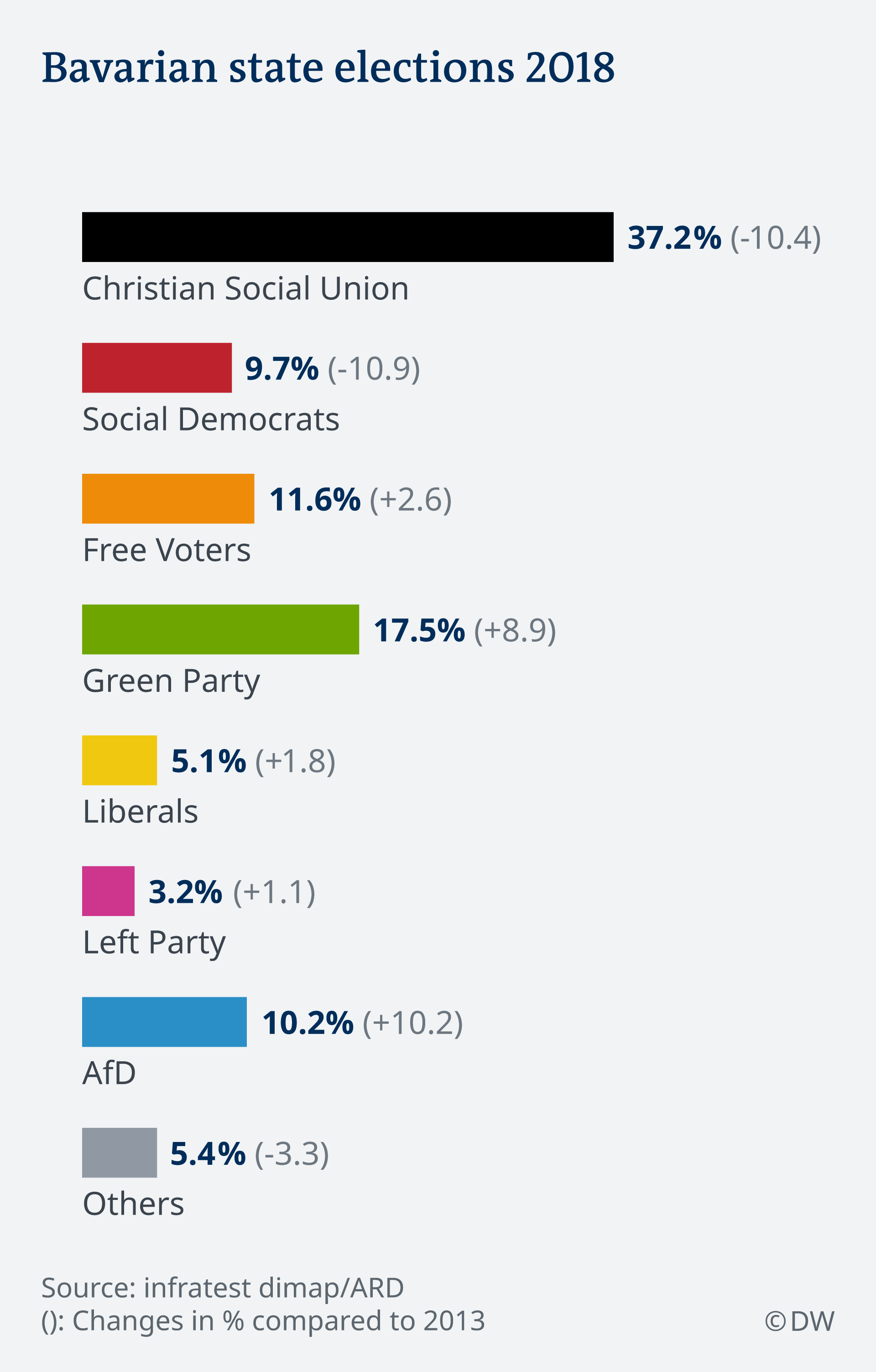 So what does the outcome mean for German politics as a whole?

Mainstream parties have been hemorrhaging voters in recent state elections and especially in last year's federal election: The major parties that have dominated German politics for decades and currently rule at national level in a coalition made up of the Social Democrats (SPD), the CDU and the CSU, are in decline. The latest debacle could very well spell the end for a coalition that none of the parties really ever wanted in the first place and that in the eyes of many voters is muddling through rather than shaping crucial policies, ranging from immigration to pensions.

The repercussions could also be dramatic for Merkel. Another state election is just around the corner, in two weeks time in Hesse, where her CDU ally Volker Bouffier is facing a battle to stay on as state premier. The latest polls show that the CDU could struggle to break the 30 percent barrier, compared to the 38.3 percent it won in Hesse's last election in 2013. If the party's free fall continues on Oct. 28, Merkel will very likely face calls from within her party not to run again as party leader at the CDU's party conference in December.

The mainstream parties' debacle aside, the signs are that the far-right Alternative für Deutschland's (AfD) meteoric rise and the accompanying hype could be coming to an end. Granted, the populist party won 10.2. percent of the vote at its first attempt and is now represented in all but one of Germany's 16 states. However, compared to their showing throughout Bavaria in last year's federal election where they garnered 12.4 percent, it's not the breakthrough they were looking for.

The only real winners of the election are the EU-loving Greens, who managed to attract disgruntled voters from both the CSU and the SPD, nearly doubling their vote share to 17.5 percent. What's striking is that they made inroads not just in the major hubs such as Munich or Nuremberg, but also in rural areas across Bavaria. The danger for the Greens, who have also gained in popularity on a national level, is that they risk losing their "outsider" appeal and becoming a "Volkspartei" — as Germany's traditionally largest parties, the CDU and the SPD, were referred to in post-World War II Germany — and falling into that mainstream trap. 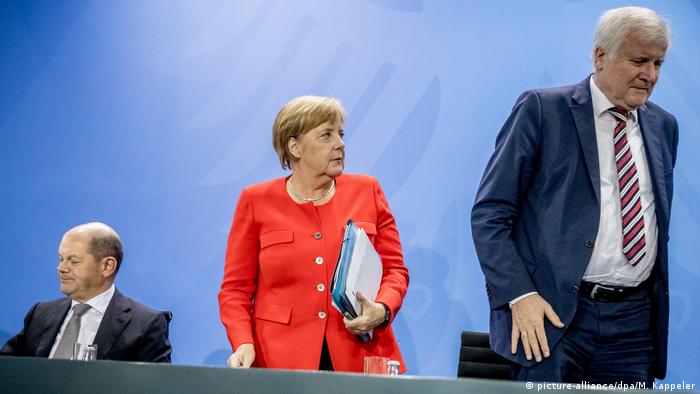 Could this spell the end of the coalition government?

No one in Berlin is likely to rock the boat further before the state elections in Hesse. However, if the CDU and the SPD experience another drubbing, all bets are off on the grand coalition surviving. That could mean new elections, a CDU-run minority government, or another attempt to form a Jamaica coalition, made up of the CDU, the CSU, the pro-business Free Democrats and the Greens and so named because of the parties' respective colors: black, yellow and green.

None of the options are really palatable and what's keeping the coalition together, albeit tenuously, is a lack of clear alternative.