The coalition government has hammered out new laws that prioritize education, age, and financial security. The laws are based on the Canadian model. 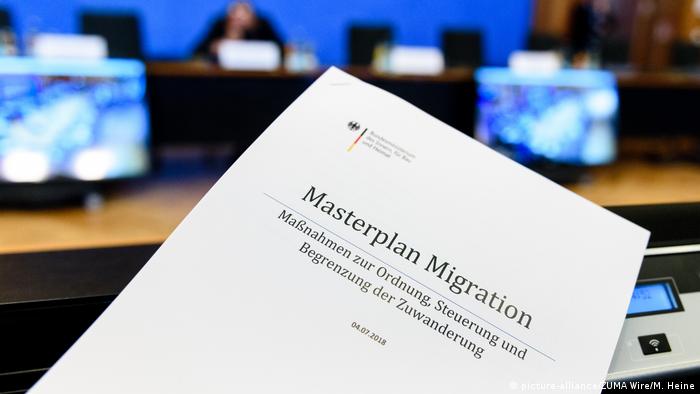 Germany's coalition government announced in the early hours of Tuesday that they had agreed on new immigration laws after several months of back and forth over immigration policy. The new laws will be inspired by the oft-touted Canada model, and would make it more difficult for the poor and uneducated to immigrate to Germany, according to a draft of the deal seen by journalists.

The deal "adheres to the principle of separating asylum and labor migration," and ensures that those who have a legal right to claim asylum under German law will still be able to do so.

The outline of the proposed law states, however, that non-EU citizens without higher education or, preferably, a concrete job offer, will not be able to live in Germany: "We do not want any immigration from unqualified third-country nationals," the deal states.

Like the Canada model, prospective immigrants would be ranked according to level of education, age, language skills, job offers, and "financial security."

The agreement was signed by the Social Democrat (SPD) Labor Minister Hubertus Heil and Interior Minister Horst Seehofer of the CSU, the Bavarian sister party of Chancellor Angela Merkel's Christian Democrats (CDU). Seehofer has been pushing for immigration reform since taking office, going so far as to threaten to resign in June if his demands were not met.

"Skilled workers from abroad are already making an important contribution to the competitiveness of the German economy," the paper states, noting the need for more highly-qualified employees.

One issue not included in the deal is a special dispensation sought by the SPD for refugees whose asylum applications have been rejected but are already well integrated in German society.

Heil told German news agency DPA that Seehofer had agreed, however, that the government should more closely take care "not to deport any of the wrong people."

The government will also retain the right to close off immigration for certain job categories as it sees fit.

A poll shows Germany's ruling coalition continuing to lose voter support, with the far-right AfD as the main beneficiary. And one conservative politician in particular seems to have lost the trust of the electorate. (21.09.2018)