Germany and China make a good business team, say analysts | Asia| An in-depth look at news from across the continent | DW | 12.01.2011

Germany has profited massively from China's industrialization. German companies are now placing their bets on China's second boom, as Beijing prepares to unveil its 12th Five Year Plan, which will focus on the economy. 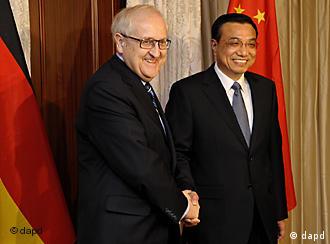 German economists and analysts are generally very optimistic about the future of Sino-German business relations.

One of them is Achim Haug, the Asia-Pacific consultant at Germany Trade and Invest, which is a state organization that gives advice and support to companies looking to work and invest abroad.

"Germany and China as a team are going to work extremely well together," he predicts. "Even if the massive growth rates drop a bit, the growth will stay." 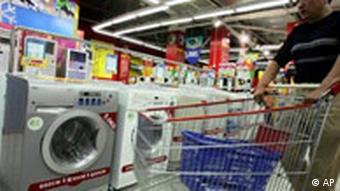 Chinese shoppers are showing more interest in goods made in Germany

As the world struggled to get out of the financial crisis, Germany and China came closer together. Beijing injected a lot of time and cash to reverse the negative impact, and in 2010 China once again had growth rates of around 10 percent.

Many of Germany's key industries benefitted. Thanks to orders from China, the German electronics sector posted profits of around 12 percent. Car manufacturers doubled their sales and chemicals giants Bayer and BASF had nothing to complain about either.

China is now the biggest exporter into Germany and its biggest trading partner outside of the EU. Germany is China’s biggest European investor.

This successful cooperation looks set to continue. In March, Beijing is due to launch the 12th Five Year Plan, which will partly focus on sustainable development.

"China also wants to improve its transport infrastructure, high-speed train lines and airports. China is on the way to becoming more innovative, moving away from cheap wages and towards hi-tech," he adds.

The new Five Year Plan is also expected to place less emphasis on an export-driven economy and more on boosting domestic demand and consumption.

Haug says it is all about finding a niche market and occupying it. He thinks German companies will also benefit from China’s increasing interest in high-quality consumer goods. 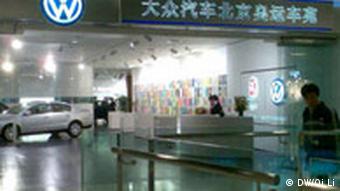 German car manufacturers have placed their bets on the Chinese market

Four out of five luxury cars sold in China are German. Sales of premium cars are expected to double by 2015. Not surprisingly, BMW, Daimler and Audi are already planning to expand their activities in China.

Although there has been some criticism that German companies are becoming too dependent on China, Christof Roemer from the Cologne Institute for Economic Research does not think there is any cause for concern.

"Companies are always on the lookout for new markets," he points out. "It is an advantage if these markets exist. The fact that there is more and more international interlinking because of globalization means that mutual dependencies are bound to arise."

Roemer and other German analysts predict that China’s importance for German companies will continue to grow, not only in terms of sales and production but also research and development.

Chinese Vice Premier Li Keqiang has held talks in Germany as part of a week-long visit to Europe aimed at deepening ties and stabilizing the euro. But the altruistic economic aid masks China's political strategy.

As Chinese Vice Premier Li Keqiang visits Germany, business is top of his agenda. China is on the lookout for German investors and is quick to point out it has 1.3 billion potential consumers.