With the EU struggling to avert economic meltdown, China has a dream opportunity to hammer out some good business deals. Jonathan Holslag looks at what could be behind Chinese Vice Premier Li Keqiang's visit.

Every school kid knows that trade develops if two sides produce and sell different things. This is the crux of the problem in the EU-China economic partnership – the traditional division of labor is blurring as China catches up and Europe fails to do its homework.

China is producing more and more goods that European companies used to be specialized in, such as advanced textiles, electronics, and petrochemicals. As it does so at less cost and the government actively supports domestic companies to expand their international market share, the balance of trade is changing to its advantage. Fewer and fewer EU member states are managing to keep their trade balance out of the red.

In the past few years, Germany has compensated somewhat for this trend. Germany’s overall share in the EU’s exports to China has increased from 30 to about 50 percent in the past decade, with the emphasis being placed on a few competitive industries, such as machinery, clean energy and cars.

But China recently confirmed plans to conquer seven advanced industrial sectors, including most of the niches that are already dominated by Western companies. In clean energy, Chinese companies are rapidly gaining market share at the expense of Germany and the Scandinavian countries. 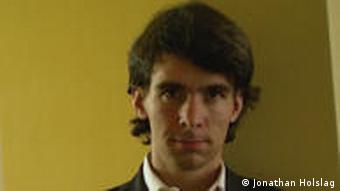 At the moment, most EU officials and politicians argue that China’s growing competiveness should be seen as a wake-up call. The European Commission referred to the economic ambitions of emerging markets to defend its Europe 2020 plan, a program that has to make the EU into one of the most innovative places in the world. Such innovation is not only thought to be key to saving Europe’s economy, but is also a precondition for maintaining positive economic relations with China.

But one should not expect too much. The EU still spends less than 2 percent of its GDP on research and development. Economic crisis has forced individual member states to trim their budgets for education and creativity. Furthermore, there is little sign that they will be able to overcome their internal divisions. Local politicians prefer short-term visibility and prestige to coordination at EU level. Instead of pinning shrinking budgets to a few well-chosen projects, they have a habit of handing out little bits to a panoply of institutions, which does not lead to anything.

Just as doubtful is whether innovation will help build a new mutually beneficial economic partnership. New inventions do generate royalties and advance the chances of a happy few entrepreneurs, investors and researchers, but technological progress is resulting less in large numbers of jobs and benefits for the poorer segments of society than in the past.

It is clear that the more European companies and countries like Germany feel the heat of Chinese competitors in new advanced sectors, the more there will be complaints about trade imbalances and China’s excessive support for national industries. China might attempt to offset this by means of checkbook diplomacy, but that will not be enough to reassure European society about jobs, income and the economic future of its children. Hence, as Europe remains stuck in its vicious circle of fear, inertia and economic decline, trade relations between Europe and China will continue to be tainted by frustration and distrust.

Chinese Prime Minister Wen Jiabao has offered to buy Greek government bonds and pledged support for cash-strapped Athens as it looks to make Greece the center for its exports in south-east and eastern Europe. (04.10.2010)