As Chinese Vice Premier Li Keqiang visits Germany, business is top of his agenda. China is on the lookout for German investors and is quick to point out it has 1.3 billion potential consumers. 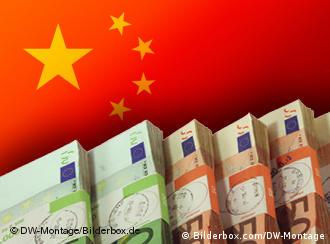 Germans with an eye on the Chinese market should pay a visit to the German Patent and Trademark Office, advises Knut Schulte, a lawyer who works for a firm that specializes in national and international joint ventures.

"China has a very new patent law that bans people from exploiting the patents of others," he explained. "Anyone who uses somebody else’s patent, trademark, or brand can be sued for neglect in a Chinese court. It is against the law and is considered technology theft or product piracy."

This is a sign that much has changed in China in the past few years and intellectual property rights are now taken much more seriously than before. 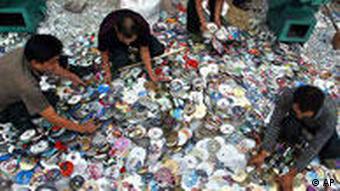 However, the state has come up with a clever system for tapping into foreign knowledge and technology, regardless of patent laws outside of China.

In certain fields, and in all those where a foreigner has more know-how, investors have to find Chinese partners for joint ventures. To get permission from the authorities, they have to describe the technology in great detail and the documentation then becomes state property.

Schulte explained that the officials who give the go-ahead are often employed by rival Chinese companies.

"Technology transfer is the way into the market," he said. "As the state, I can say that investors, companies can gladly come into my country but we want to know how it works. And then as a company I have to decide whether I will pay the price or not. Such forced technology transfer is a form of protectionism because the aim is for Chinese companies to get hold of know-how so that they can do without foreigners." 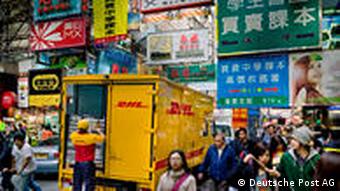 4,500 German companies are active on the Chinese market

China is very open about this: In an article written for the German Sueddeutsche Zeitung ahead of his visit, Vice Premier Li Keqiang stated that China was still the biggest developing country in the world according to GDP per capita and said that China had a tough task ahead with developing its economy.

He pointed out that foreign investment in agriculture, high-tech, new energies and environmental protection was especially welcome.

Sabine Hepperle, the head of the Asia-Pacific Division of the Association of German Chambers of Commerce and Industry, also thought that China was likely to be dependent on foreign know-how for some time.

Keeping one step ahead

"There aren't many Chinese innovations as yet," Hepperle pointed out. "This is an area that the Chinese government is going to promote massively in the next few years, financially too but it will be hindered by the fact that China's education system puts a lot of emphasis on learning by rote and less on free thought and debate."

She added that German companies would not have a problem on the Chinese market, despite the restrictions, as long as they remained one step ahead.

There are already 4,500 German companies in China and 5.5 percent of Germany’s exports go there. Hepperle was certain that this share would continue to grow, as the Chinese middle classes were very fond of German products.

Chinese Vice Premier Li Keqiang is in the middle of a week-long visit to Europe aimed at deepening ties and stabilizing the euro. But the altruistic economic aid masks China's political strategy. (06.01.2011)