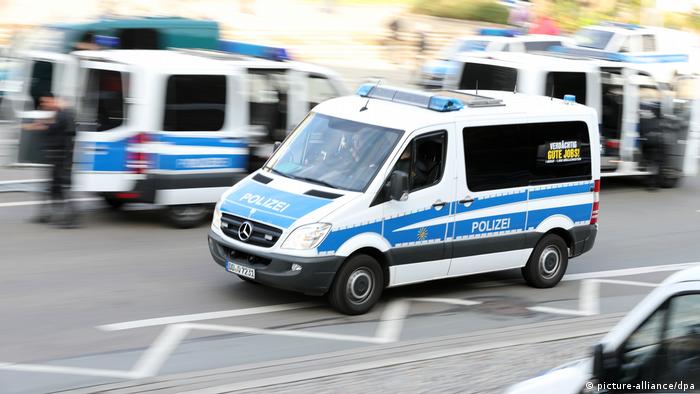 A 10-year-old Afghan boy was shot with a plastic bullet likely from a compressed air gun in the German city of Chemnitz, police said on Friday.

Police said they were investigating a possible "xenophobic motive" in the incident and the case has now been taken over by a special branch of the police for politically motivated crimes.

Police have not yet identified a suspect and have called for witnesses.

The boy was shot at on Wednesday in the Sonnenberg neighborhood and was hit in the thigh. He was left with a bleeding wound and was treated by paramedics on the scene.

Police later found a plastic bullet that they said was likely fired from a compressed air gun.

The eastern German city was the sight of major far-right protests where refugees and minorities were chased and attacked in the streets in 2018.

In 2018, 8,000 people turned up for a far-right protest after two 23-year-old asylum seekers from Iraq and Syria stabbed a man to death in the city.

A day after the killing, a city street festival turned sour with some people filmed chasing down migrants. It then led to a week of far-right protests, attended by thousands of neo-Nazi and prominent far-right politicians from across the country. Some of the protests also saw clashes break out between far-right demonstrators and Antifa counterprotesters.

Chemnitz became synonymous with far-right violence and spawned a wave of inclusivity and tolerance protests, under the banner of "#WirSindMehr" (We are more).

A Syrian asylum-seeker goes on trial in Dresden on Monday, accused of involvement in the murder last year of Daniel H. in Chemnitz. The case sparked massive far-right unrest in the city. What do we know so far? (18.03.2019)