A Syrian asylum-seeker goes on trial in Dresden on Monday, accused of involvement in the murder last year of Daniel H. in Chemnitz. The case sparked massive far-right unrest in the city. What do we know so far? 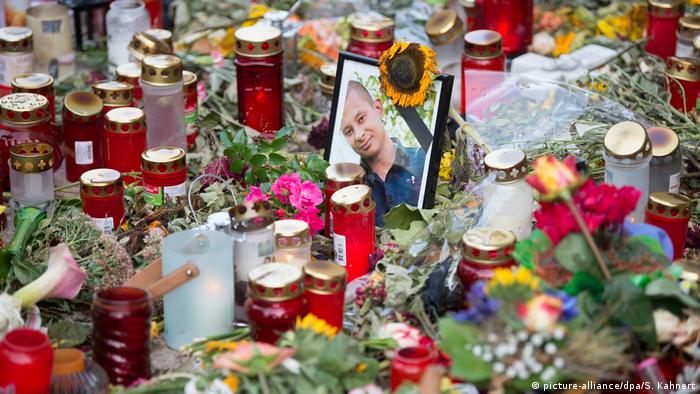 On August 26, 2018, 35-year-old Daniel H. was stabbed to death in the eastern German city of Chemnitz. His heart and lung were perforated in the knife attack, which occurred as the city was holding an annual public festival. Another person was injured in the altercation.

Initially, the death of Daniel H. was blamed on Farhad A., a 22-year-old Iraqi national, and Alaa S., a 22-year-old Syrian asylum-seeker. The main suspect, Farhad A., disappeared after the incident. Authorities are still looking for him.

What is known about the night of the attack?

According to media reports, Farhad A. and Daniel H. had been consuming cocaine on the evening of August 26, 2018, and later got into an argument. The reports say Alaa S. then arrived on the scene to help Farhad A., after which both began stabbing Daniel H. "without legitimate reason," as it is expressed in the indictment.

As the whereabouts of Farhad A. are unclear, only Alaa S. goes on trial this Monday. The public prosecutor accuses him of having committed "manslaughter and grievous bodily harm" together with another person. The indictment builds on evidence given by one witness, who claims to have seen Alaa S. make stabbing motions. Yet the witness does not recall seeing an actual knife.

Shortly after the assault on Daniel H., a knife with traces of the victim's blood was found in the area. No DNA traces of Alaa S. were found on the weapon, however. Alaa S. insists he is innocent and was not at the scene of the crime when it happened. 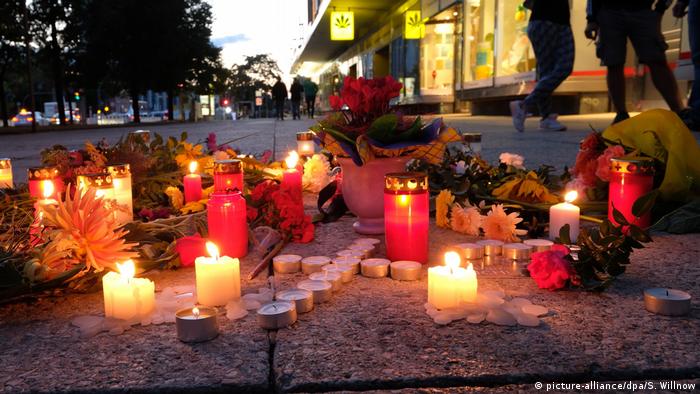 Many mourned Daniel H.'s death, while many more sought to exploit it politically

What happened after the assault?

The incident sent a shock wave through the city of Chemnitz. Several groups, among them one called "Pro Chemnitz," took to Facebook to organize protests. Numerous protest marches were held in the city, attended by both citizens with moderate views and far-right extremists. Several of these radicals gave Hitler salutes, which is illegal under German law. German police took up investigations in at least 10 such cases. A number of protesters, counterprotesters and police officers were injured.

A range of left-wing counterprotests and open-air concerts were staged during this time. Tens of thousands attended gigs by rock bands Die Toten Hosen and Feine Sahne Fischfilet, who together protested against the exploitation of the death of Daniel H. for political purposes. 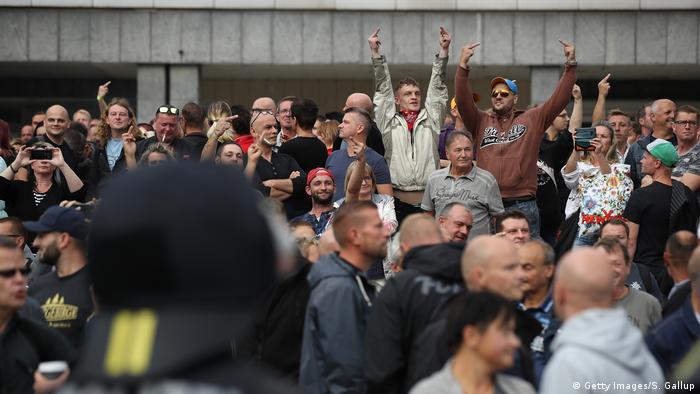 Were foreigners chased through the streets of Chemnitz, as some have claimed?

German Chancellor Angela Merkel said at the time: "We have video evidence showing people being chased through the streets, ganging up on others, expressing hatred; this is completely incompatible with the rule of law in our country." Merkel also said that such incidents had "no place in our squares or streets."

Merkel: Events in Chemnitz 'incompatible with the rule of law'

Michael Kretschmer, the premier of the state of Saxony, where Chemnitz is located, contradicted the chancellor, saying that "there was no mob, nobody was chased, and there were no race riots." He rejected media reports that claimed far-right extremists had chased foreign-looking people through Chemnitz. He also said the state alone had a monopoly on the use of force, and that he thought it was "despicable" for the far right to exploit the incident for its own agenda.

The already heated situation was aggravated by Hans-Georg Maassen, who at the time served as the head of Germany's domestic intelligence agency, the Office for the Protection of the Constitution (BfV). Maassen told the German tabloid Bild that videos on the internet seemingly showing far-right radicals chasing people they believed to be foreigners may have constituted misinformation published to "divert public attention away from the Chemnitz murder."

A local councilor from the city of Chemnitz, meanwhile, described to public broadcaster MDR what he had seen on August 26, 2018:  "People were chased because they didn't look German," Dietmar Berger said. 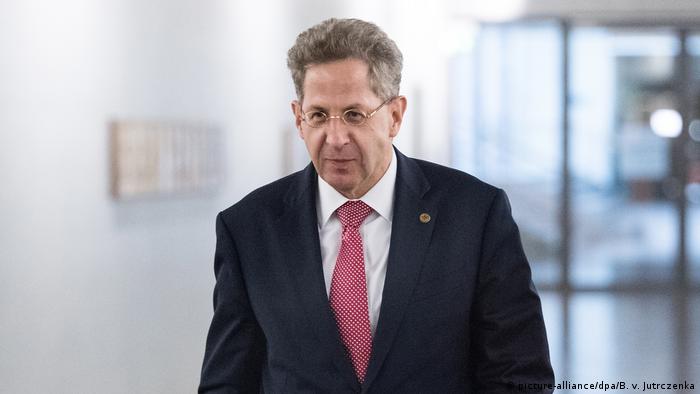 Is the state of Saxony a hotbed of xenophobia?

For years, far-right radicals and xenophobes have tarnished the reputation of Saxony and its 4 million residents. And almost all German parties fear that Saxony is turning into a hotbed of far-right extremism. Indeed, Germany's notorious far-right National Socialist Underground (NSU) terror group was able to go off the radar here for a long time without being detected. And since 2014, regular anti-immigrant PEGIDA rallies have been staged in Saxony's capital, Dresden. Moreover, in 2015, a far-right mob rioted and fought the police because they opposed an asylum-seeker shelter being set up in the town of Heidenau.

In the spring of 2016, some xenophobic residents of Clausnitz, a village in the far east of Saxony, blocked a bus carrying asylum-seekers headed for a shelter. The police then forced the new arrivals out of the bus and into the home. Several weeks later, locals in the town of Bautzen attempted to block emergency services from extinguishing a burning asylum-seeker shelter. Later that year, far-right extremists and asylum-seekers clashed in the center of Bautzen. And a far-right militia carried out and planned attacks on asylum-seeker shelters in the town of Freital. The culprits were sentenced to jail in March 2018.

Germany's domestic intelligence agency reported that a total of 1,959 far-right crimes were committed in Saxony in 2017, of which 160 were perpetrated in Chemnitz.