A Syrian asylum-seeker has been charged with manslaughter over a killing that triggered violent protests and clashes with police. But German authorities said one of the main suspects is still on the loose. 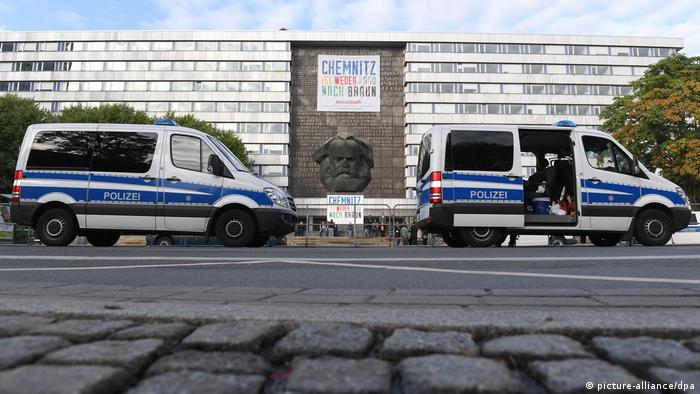 German prosecutors on Tuesday formally charged a Syrian asylum-seeker with manslaughter and serious bodily harm in the killing of a German-Cuban citizen, which triggered violent protests in Chemnitz.

Prosecutors said Alaa S. had fatally stabbed the man in his arm and chest, along with another alleged perpetrator, identified as Farhad A.

Iraqi asylum-seeker Farhad A. fled after the attack and remains at large. But German authorities have issued an international arrest warrant for his arrest.

Prosecutors said more than 100 witnesses were questioned through the investigation into the attack. They were able to determine that the incident began when Farhad A. engaged in an argument with the victim, after which he stabbed the man. Alaa S. later joined in.

The 35-year-old victim suffered a heart attack and punctured lung during the attack, resulting in his death. The killing triggered violent far-right protests, counterdemonstrations and clashes in the eastern city.

The protests fueled a nationwide debate about integration and German Chancellor Angela Merkel's decision to allow hundreds of thousands of refugees fleeing conflict in the Middle East into the country.

Prosecutors are expected to later decide whether to file charges against a third suspect, identified as an Iraqi by the name of Yousif A.

The German chancellor has defended her refugee policy on a trip to Chemnitz, three months after anti-immigrant riots shook the city. Debating with locals, she first had to explain why it took her so long to visit. (16.11.2018)